A Ring of Endless Light by Madeleine L’Engle (1980) 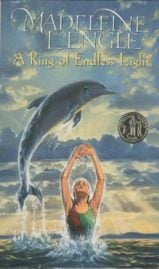 A Ring of Endless Light by Madeleine L’Engle (1980) is the fourth book in the series about the fictional the Austin family. It followed Meet the Austins, The Moon by Night, and The Young Unicorns. It’s the story of Vicky Austin, who discovers an ability to communicate with dolphins while at the same time struggling with the illness and death of a beloved grandfather.

In 2002, The Disney Channel presented an adaptation of the novel, but it was considered less successful, as it avoided some of the serious themes that L’Engle explored.

And while other reviews weren’t quite this negative, it seems that reading the book in this case is far preferable to watching the film.

From the 1980 Farrar, Straus and Giroux edition of A Ring of Endless Light by Madeleine L’Engle:

“I was sixteen (almost) even if not sweet, and I’d had my first proper kiss at fourteen, but I’d never before stood at an open grave waiting for a pine box to be lowered into it.”

And Adam, a serious young man working at the nearby marine biology station, discovers in Vicky — his friend’s little sister — incipient telepathic powers that can help him with his experiments with dolphins. 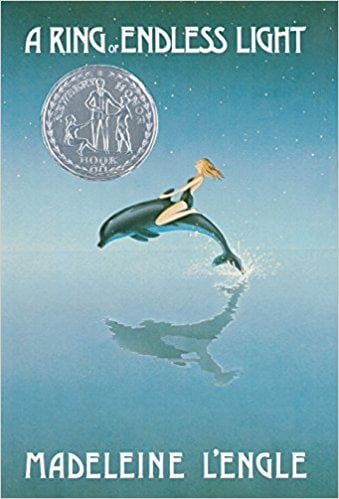 A Ring of Endless Light on Amazon*

Each of these young men demands Vicky’s attention at a time when she is struggling with the knowledge that her beloved grandfather has leukemia. Watching his condition deteriorated is almost more than she can bear.

Only her poetry, in which she is able to express some of the conflict and confusion she feels, and her serious Scientific experiments in the nonverbal communication with wild dolphins provide solace and brief moments of peace.

As she confronts questions of love and death, of dependence and responsibility, the inevitable crisis comes, and Vicky must rely on the love of others to overcome her private grief.

Once again, Madeleine L’Engle has written a story that reveals to vividly portrayed characters and events the spiritual and moral dimensions of common human experiences. 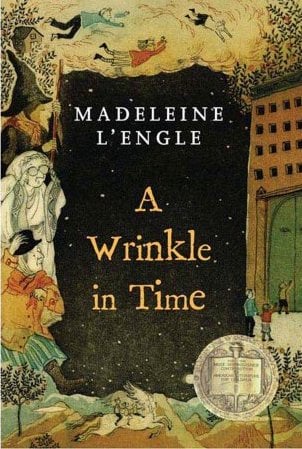 More about A Ring of Endless Light