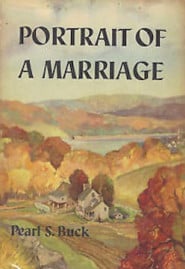 From the 1941 John Day edition of Portrait of a Marriage by Pearl S. Buck. “Marriage is so profound an experience,” William Wrote to his grown daughter, “I should be sorry if you missed it. It takes place sometimes between two who are unsuited, but it is profound.”

Surely no two could have seemed less suited than he and Ruth — he a sensitive artist, son of a rich and proud family, widely traveled, cosmopolitan, and she the unlettered daughter daughter of a farmer. She could never come into his world, and he came into hers — giving up, for their deep love, his family and fame and almost all else he had known. Yet at the end of nearly fifty years he could think, with gratitude to her, how rich his life had been, how little he had lost to gain happiness. 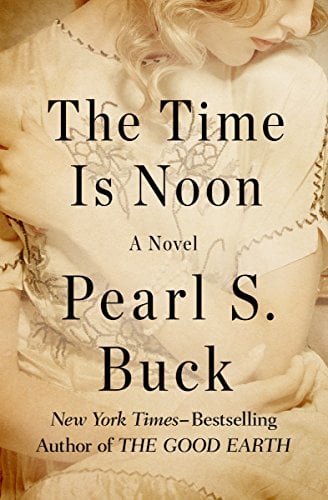 This story of the marriage of a couple so unlike one another tells also of the curious exchange of traits — his beauty in this child, his ranging mind in that one, her strength here, his delicate touch there — and in a grandchild the sudden thrust of his genius.

Always in Pearl Buck’s novels the people quickly become far more important than the setting or the period, and perhaps this is why critics so often apply to here themes the term “universal.” But it is interesting that the scene of Portrait of a Marriage is the Pennsylvania countryside in which she lived for many years. 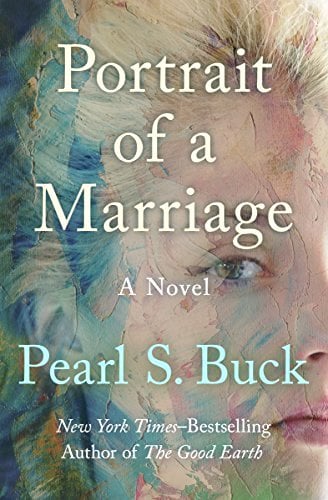