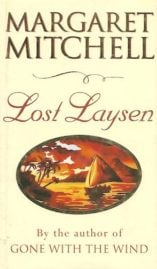 For many years, Gone With the Wind was recognized as Margaret Mitchell‘s (1900 – 1949) only novel. And could be argued that this is still the case, even after the discovery of Lost Laysen, a novella she wrote when she was just sixteen. It could be argued that it’s a long short story, truth be told. The story takes up less than half of the 128 pages of this slim volume, set in narrow columns with wide margins.

Still, its discovery was met with excitement as a significant literary event, and it was published for the first time in 1996 by Scribner’s. Here’s the beginning of the Preface to this edition:

“In 1916, Margaret Mitchell began writing a passionate story about a strong-willed woman who  places her honor above her life.  It is a tale of unrequited love, of a man who desires this woman with all his heart but who can never obtain her.

He is not Rhett Butler, she is not Scarlett O’Hara, and this is not Gone With the Wind. It is Lost Laysen, a story of love and honor on a South Pacific Island, which Margaret Mitchell wrote in longhand in two blue composition books in the summer of her sixteenth year.

The tale of Lost Laysen’s discovery is itself a bittersweet story of doomed love and time-honored secrets, of an enduring gift from a world-renowned writer to a man whom history has forgotten. The man’s name was Henry Love Angel. Margaret Mitchell made him a gift of Lost Laysen, and both Mitchell and Angel took the secret of this remarkable present to their graves.”

The 1996 Scribner edition of Lost Laysen goes on to describe the book:

The world saw only one book by Margaret Mitchell published in her lifetime, the incomparable Gone With the Wind, the most popular novel in American history. Upon her death in 1949, her personal papers, almost all other writing, and even the original type script of Gone With the Wind were destroyed.

Now, decades later, the impossible has happened: the world has another story from Margaret Mitchell. Written in 1916, when the author was in her mid-teens, it’s a delight — a fitting predecessor to America’s most beloved epic novel.

Foretelling Gone With the Wind

A spirited tale of love and honor on a doomed south Pacific island called Laysen, Lost Laysen would be justly praised as a charming effort by a remarkable young talent if it were its author’s only work.

It isn’t, of course, and Lost Laysen also enchants because of the many fascinating ways it foretells Gone With the Wind: in its two central male characters, one a gentleman and the other more rough hewn, who vie for the attention of a feisty, independent-minded woman, and who will go to any lengths to defend her honor; in its re-creation of a vanished world; and in its unforgettable ending. 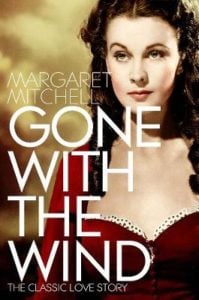 How it was rediscovered

The real-life romance at the heart of Lost Laysen’s discovery is as enthralling is any work of fiction. Margaret Mitchell gave the story, handwritten in two lined notebooks, to a young suitor, Henry Love Angel.

Angel put the notebooks away for safekeeping, just as he put away all of Mitchell’s intimate letters to him, as well as their treasured photographs taken over the years. Well over half a century past before Angel’s son, realizing what had been passed down to him, brought the story, the letters, and the photos to Atlanta’s Road to Tara Museum.

Nationally respected Margaret Mitchell historian Debra Freer masterfully weaves Margaret Mitchell’s never before seen letters and photographs into a fascinating introduction that tells the story of Mitchell’s relationship with Henry Love Angel and puts the writing of Lost Laysen into its proper context.

A short novella, Lost Laysen is pure magic, a gift for us to cherish from a beloved American storyteller. The book contains extensive introductory material, including letters from Ms. Mitchell and material about her relationship with Henry Love Angel. 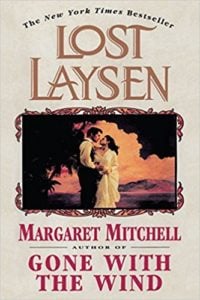