Quotes from Harriet the Spy by Louise Fitzhugh 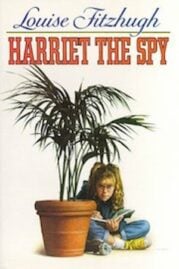 Louise Fitzhugh (1928 – 1974) hailed from Memphis, Tennessee. She had a varied education, studying art in Italy and France as well as New York City, where she took courses at the Art Students League and at Cooper Union.  It may not be surprising that she studied child psychology, art, and literature, as these seem to entwine in the books she produced.

It was Harriet the Spy  (1964) that put her on the literary map and cemented her legacy. A brief description from the 1964 HarperCollins edition:

“Harriet is determined to grow up to be Harriet M. Welsch, the famous writer; and in order to get a head start on her career, she spends part of every day on her spy route “observing” and noting down, in her singular, caustic, comic way, everything of interest to her.

The first blow falls when Ole Golly leaves, the second when Harriet’s schoolmates find and read her notebook. Their anger and retaliation, Harriet’s unexpected responses, and the ingenious methods her teachers and parents use to help turn Harriet the Spy into Harriet M. Wesch combine to make a touching and unusual story.”

This hugely popular children’s classic novel has been both beloved and banned through the years, though it has never been ignored. Here are some quotes from this enduring book, beloved by generations of readers.

“Little lies that make people feel better are not bad, like thanking someone for a meal they made even if you hated it, or telling a sick person they look better when they don’t, or someone with a hideous new hat that it’s lovely. But to yourself you must tell the truth.”

“She found that when she didn’t have a notebook it was hard for her to think. The thoughts came slowly, as though they had to squeeze through a tiny door to get to her, whereas when she wrote, they flowed out faster than she could put them down. She sat very stupidly with a blank mind until finally ‘I feel different’ came slowly to her mind.” 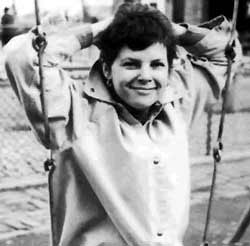 “She hated math. She hated math with every bone in her body. She spent so much time hating it that she never had time to do it.”

“Life is a struggle and a good spy goes in there and fights.”

“‘I want to remember everything. And I want to know everything.’
‘Well, you must realize, Harriet, knowing everything won’t do you a bit of good unless you use it to put beauty in this world. True or false?’
‘True.’
‘Of course it is.'”

“I feel all the same things when I do things alone as when Ole Golly was here. The bath feels hot, the bed feels soft, but I feel there’s a funny little hole in me that wasn’t there before, like a splinter in your finger, but this is somewhere above my stomach.”

“Harriet was scribbling furiously in her notebook.
‘What are you writing?’ Sport asked
‘I’m taking notes on all those people who are sitting over there.’
‘Why?’
‘ Aw, Sport” — Harriet was exasperated — ‘because I’ve seen them and I want to remember them.'”

“When is it too old to have fun? You can’t be too old to spy except if you were fifty you might fall off a fire escape, but you could spy around on the ground a lot.”

“What was sickening about a tomato sandwich? Harriet felt the taste in her mouth. Were they crazy? It was the best taste in the world. Her mouth watered at the memory of the mayonnaise.”

“When she picked up her lunch the bag felt very light. She reached inside and there was only crumpled paper. They had taken her tomato sandwich. Someone had taken it. She couldn’t get over it. This was completely against the rules of the school. No one was supposed to steal your tomato sandwich.”

“I am going to finish up these memoirs and sell them to the book of the month selection then my mother will get the book in the mail as a surprise. Then I will be so rich and famous that people will bow in the streets and say there goes Harriet M. Welsch — she is very famous you know. Rachel Hennessey will plotz.” 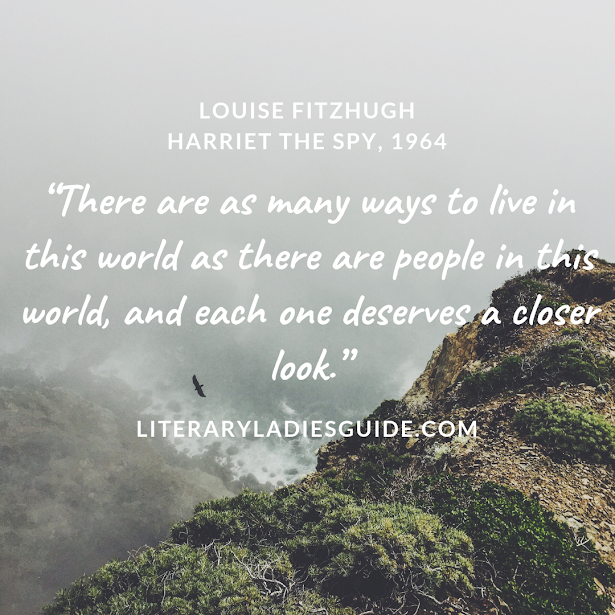 “‘What does it feel like to get paid for what you write?’ What would he say? She waited breathlessly.
‘It’s heaven, baby, sheer heaven.'”

“This stuff is beyond crap. It is what crap wants to be when it grows up.”

More about Harriet the Spy