Quotes by George Sand on Life, Love, and Work 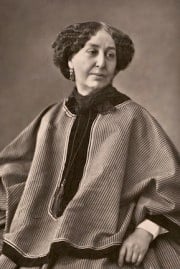 George Sand (1804 – 1876) was a French author known equally for challenging gender roles and her scandalous love life as for her vast literary output. Sand managed to write some seventy novels, not to mention countless other works in other genres, including essays, plays, and journalism. All the while, she conducted innumerable love affairs.

Her politics extended to the publishing of her own newspaper around the time of Revolution of 1848 to share her socialist views. Independent, creative, and confident, her larger-than-life persona left an inspiring legacy for women writers and strivers who came after her. Here are a slew of quotes by George Sand, a woman ahead of her time.

“Art is not a study of positive reality, it is the seeking for ideal truth.”

“Faith is an excitement and an enthusiasm: it is a condition of intellectual magnificence to which we must cling as to a treasure, and not squander on our way through life in the small coin of empty words, or in exact and priggish argument.”

“One approaches the journey’s end. But the end is a goal, not a catastrophe.”

“The trade of authorship is a violent, and indestructible obsession.”

“The artist’s vocation is to send light into the human heart.” 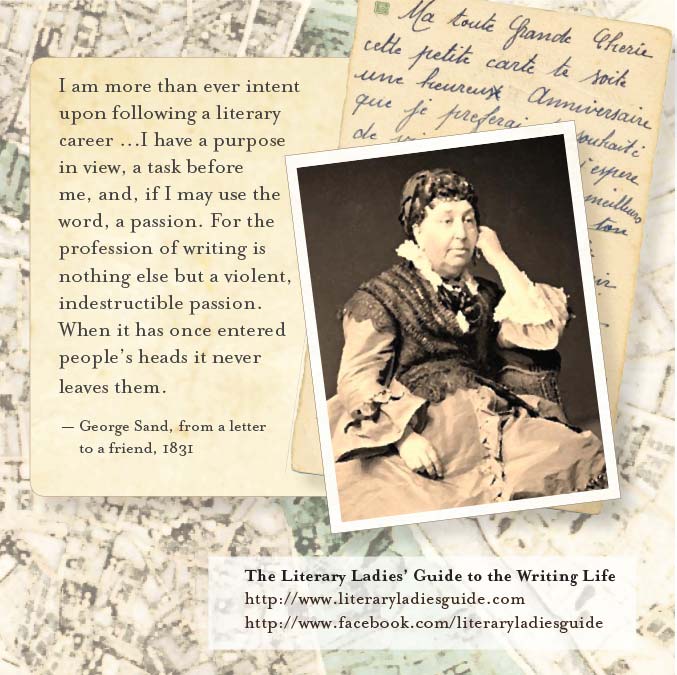 George Sand on the Agony and Ecstasy of the Writing Life

“Women love always: when earth slips from them, they take refuge in heaven.”

“He who draws noble delights from sentiments of poetry is a true poet, though he has never written a line in all his life.”

“Nothing is so easy as to deceive one’s self when one does not lack wit and is familiar with all the niceties of language. Language is a prostitute queen who descends and rises to all roles. Disguises herself, arrays herself in fine apparel, hides her head and effaces herself; an advocate who has an answer for everything, who has always foreseen everything, and who assumes a thousand forms in order to be right. The most honorable of men is he who thinks best and acts best, but the most powerful is he who is best able to talk and write.” (Indiana, 1832)

“I have an object, a task, let me say the word, a passion. The profession of writing is a violent and almost indestructible one.” (Letter to Jules Boucoiran, March 4, 1831; Correspondance, 1812-1876) 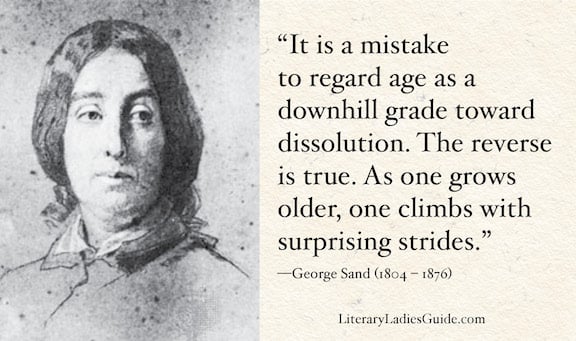 “It is a mistake to regard age as a downhill grade toward dissolution. The reverse is true. As one grows older, one climbs with surprising strides.”

“One is happy once one knows the necessary ingredients of happiness: simple tastes, a certain degree of courage, self denial to a point, love of work, and above all, a clear conscience.” (Correspondance, 1812-1876)

“You can bind my body, tie my hands, govern my actions: you are the strongest, and society adds to your power; but with my will, sir, you can do nothing.” 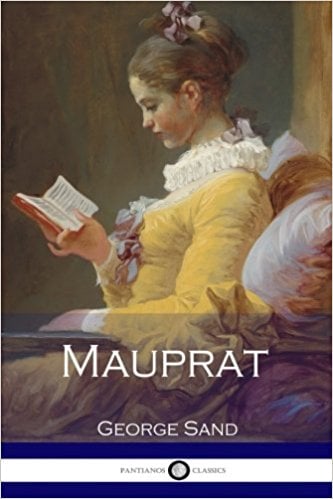 “As for gaining money by my pen, that is an aspiration that I have never had, recognizing that I was radically incapable of it.” (From a letter to Gustave Flaubert, 1867)

“One changes from day to day, and … after a few years have passed one has completely altered.”

“Guard well within yourself that treasure, kindness. Know how to give without hesitation, how to lose without regret, how to acquire without meanness.”

“Admiration and familiarity are strangers.”

“Simplicity is the most difficult thing to secure in this world; it is the last limit of experience and the last effort of genius.”

“The beauty that addresses itself to the eyes is only the spell of the moment; the eye of the body is not always that of the soul.”

“Let us accept truth, even when it surprises us and alters our views.” (The Letters of George Sand, 2007)

“There is only one happiness in life, to love and be loved.”

“The world will know and understand me someday. But if that day does not arrive, it does not greatly matter. I shall have opened the way for other women.”

“Butterflies are but flowers that blew away one sunny day when Nature was feeling at her most inventive and fertile.”

“The old woman I shall become will be quite different from the woman I am now. Another I is beginning.”

“The capacity of passion is both cruel and divine.”

“In times when evil comes because men misunderstand and hate one another, it is the mission of the artist to praise sweetness, confidence, and friendship, and so to remind men, hardened or discouraged, that pure morals, tender sentiments, and primitive justice still exist, or at least can exist, in this world.” (La Petite Fadette, 1849)

“Work is not man’s punishment. It is his reward and his strength and his pleasure.”

“Whoever has loved knows all that life contains of sorrow and joy.”

“We cannot tear out a single page of our life, but we can throw the whole book in the fire.”

“One wastes so much time, one is so prodigal of life, at twenty! Our day’s of winter count for double. That is the compensation of the old.” (In a letter to Joseph Dessauer, July 5, 1868)

“Vanity is the quicksand of reason.”

“One writes for all the world, for all who need to be initiated; when one is not understood, one is resigned and recommences. When one is understood, one rejoices and continues. There lies the whole secret of our persevering labors and of our love of art.” (From a letter to Gustave Flaubert, 1866) 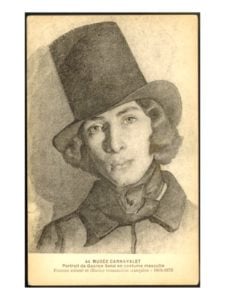 “For the present I am overwhelmed with work; work which, unfortunately, is very barren in its results. I still live in hope. Besides, see how strange it is: literature becomes a passion. The more obstacles, the more difficulties you perceive, the more ambitious you are of overcoming them.” (From a letter to a friend, 1831)

“Don Juan went from woman to woman because not one of the thousand and three could give him happiness. Lélia goes from man to man because none of them can give her pleasure.” (Lélia, 1833)

“My husband does exactly as he likes. Whether he has mistresses or does not rests entirely with him. But it is only fair that he grant me the same liberty he enjoys.”

“Just try being a prostitute! I do not think you would make much of a success of it.” (George Sand to her daughter)

“I enjoy stirring food in a saucepan when I know I am not forced to cook every day of my life.” (George Sand to her last lover, Manceau)