Quotes from My Story by Kamala Das, the Poet’s Autobiography 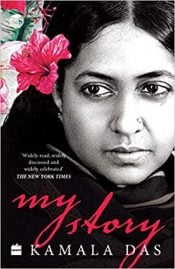 Kamala Das (1934 – 2009), the Indian author and poet, was far ahead of her time. Even after her death, her words continue to hold much of relevance for Indian women — and perhaps for women across the world.

In addition to her poetry, she was known for her short stories as well as her autobiography, My Story. Here we’ll explore quotes from My Story, a book  both widely admired as well as controversial.

Kamala Das (later known as Kamala Surayya) believed in living life on her own terms, and this reveals itself in her writings. Her confessional poetry style wasn’t one readily adopted by Indian poets, least of all women. Her English poetry has been compared to that of Anne Sexton’s and won her recognition and literary awards during her lifetime.

Her writings look at Indian society with a critical eye, questioning its intransigent patriarchy and deeply entrenched notions of how women are expected to behave. Where love is concerned, there is a yearning for romanticism, which ends in cynicism. A quest for the spiritual is also visible in her writings, especially her poetry.

In the Preface to My Story, Kamala Das wrote:

“Some people told me that writing an autobiography like this, with absolute honesty, keeping nothing to oneself, is like doing a striptease. True, maybe. I, will, firstly, strip myself of clothes and ornaments. Then I intend to peel off this light brown skin and shatter my bones. At last, I hope you will be able to see my homeless, orphan, intensely beautiful soul, deep within the bone, deep down under, beneath even the marrow, in a fourth dimension.”

My Story was originally in Malayalam, titled Ente Katha, describes the events and forces that shaped the authors views as she came into her own. The book earned her praise as well as notoriety for its honesty, particularly about sexuality.

And in an interview with Iqbal Kaur about she wrote My Story the way that she did, Kamala Das said:

“I needed to disturb society out of its complacence. I found the complacence a very ugly state. I wanted to make women of my generation feel that if men could do something wrong, they could do it themselves too. I wanted them to realize that they were equal. I wanted to remove gender difference. I wanted to see that something happened to society, which had strong inhibitions and which only told lies in the public.”

Following is a selection of timeless, thought-provoking quotes from My Story by Kamala Das. 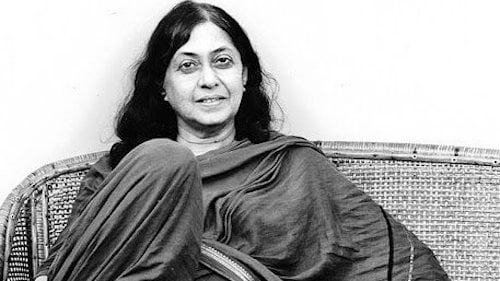 “A poet’s raw material is not stone or clay; it is her personality.”

“Children are intuitive about people and feel more than adults a sense of rejection.”

“I was a burden and a responsibility neither my parents nor my grandmother could put up with for long.”

“My grand uncle liked to see women glamorized with jewels and flowers. His second wife, my favorite aunt, was never seen even at night without her heavy jewelry, all gem encrusted and radiant … Each night she came to our house accompanied by her maids and a lantern, looking like a bride. And she walked up the steep staircase of the gatehouse to meet her famous husband in their lush bedroom, kept fragrant with incense and jasmine garlands.”

“Poets, even the most insignificant of them, are different from other people. They cannot close their shops like shop men and return home. Their shop is their mind and as long as they carry it with them, they feel the pressures and the torments.” 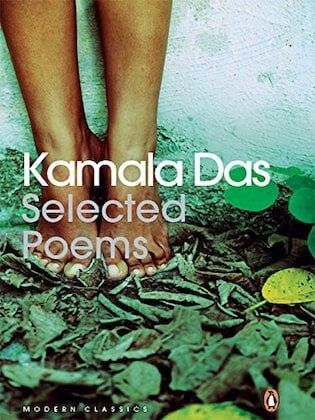 “One’s real world is not what is outside him. It is the immeasurable world inside him that is real. Only the one who has decided to travel inwards, will realize that his route has no end.”

“The obsession with sin destroyed the mind of several girls who were at the beginning of their adolescence, normal and easy-going. If there was a dearth of sin, sin at any cost had to be manufactured, because forgiving the sinners was a therapeutic exercise, popular with the rabidly virtuous.”

“Society can well ask me how I could become what I became, although born to parents as high-principled as mine were. Ask the books that I read why I changed. Ask the authors dead and alive who communicated with me and gave me the courage to be myself. The books like a mother-cow licked the calf of my thought into shape and left me to lie at the altar of the world as a sacrificial gift.”

“Marriage meant nothing more than a show of wealth to families like ours. The bride was unimportant and her happiness a minor issue.”

“With words I had destroyed my life. I had used them like swords in what was meant to be a purification dance, but blood was unwittingly shed.”

“Wherever a writer goes, her notoriety precedes her.”

“We are trapped in immortality and our only freedom is the freedom to decompose.”

“Today at Nariman Point the tall buildings crowd one another. But when I was young and in love with a grey-eyed man it was a marshy waste. We used to walk aimlessly along the quiet Panday Road or cross the Cuffe Parade to walk towards the sun. We did not have a place to rest. But in the glow of those evening suns, we felt that we were Gods who had lost their way and had strayed into an unkind planet.”

More about My Story by Kamala Das