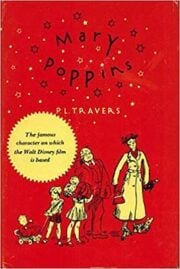 Her Mary Poppins series of books have entertained generations of readers, ever since the first volume was published in 1934. As one character in Mary Poppins Opens the Door says of the magical nanny, “She’s a fairy-tale come true.”

Mary Poppins was the basis of the beloved 1964 Disney musical film, which the famously cranky author was none too happy with.

What might she have thought of the 2018 film Mary Poppins Returns? It’s doubtful she would have been very pleased with it, either. Her persnickety personality aside, Travers created some of the most memorable characters in children’s literature.

There are eight books in the series in all, but the first two, Mary Poppins and Mary Poppins Comes Back, are perhaps the most widely read. 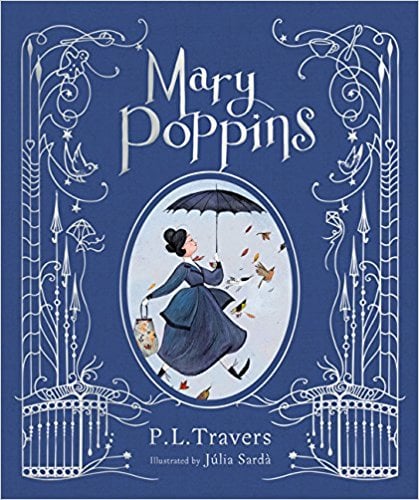 The Literary Magic of the Mary Poppins Series of Books

“There was something strange and extraordinary about her – something that was frightening and at the same time most exciting.”

“Mary Poppins was very vain and liked to look her best. Indeed, she was quite sure that she never looked anything else.”

“Mary Poppins sighed with pleasure, however, when she saw three of herself, each wearing a blue coat with silver buttons and a blue hat to match. She thought it was such a lovely sight that she wished there had been a dozen of her or even thirty. The more Mary Poppins the better.”

“We are all made of the same stuff, remember, we of the Jungle, you of the City. The same substance composes us—the tree overhead, the stone beneath us, the bird, the beast, the star—we are all one, all moving to the same end. Remember that when you no longer remember me, my child.” 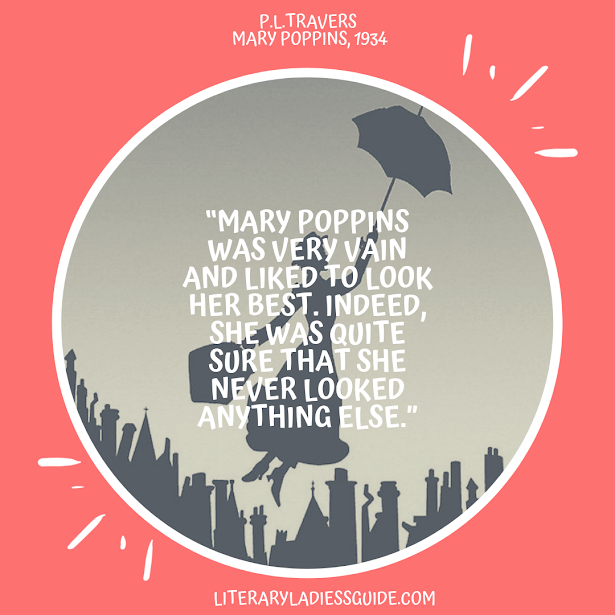 “Once we have accepted the story we cannot escape the story’s fate.”

“You should trust the children; they can stand more than we can.”

“I assure you I haven’t been so surprised since Christopher Columbus discovered America — truly I haven’t!”

“The same substance composes us–the tree overhead, the stone beneath us, the bird, the beast, the star–we are all one, all moving to the same end.”

“And all the time he was enjoying his badness, hugging it to him as though it were a friend, and not caring a bit.”

“Sorry!” said the sunlight. “I must move from East to West in a day. Sorry! Shut your eyes and you won’t see me.” 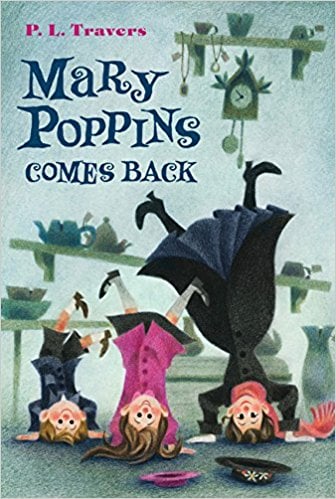 Quotes from Mary Poppins Comes Back

“We’re on the brink of an Adventure. Don’t spoil it by asking questions!”

As if in a dream, Mary Poppins rocked the cradle—to-and-fro, to-and-fro with a steady swinging movement.
“Yes?” whispered the Fledgling.
“Slowly I moved at first,” said Annabel, “always sleeping and dreaming. I remembered all I had been and I thought of all I shall be. And when I had dreamed my dream I awoke and came swiftly.”
She paused for a moment, her blue eyes full of memories.
“And then?” Prompted the Fledgling.
“I heard the stars singing as I came and I felt warm wings about me. I passed the beasts of the jungle and came through the dark, deep waters. It was a long journey.”

“Thank you, ma’am … But I bring the children up in my own way and take advice from nobody,”

“Some people … think a great deal too much. Of that I am sure.” 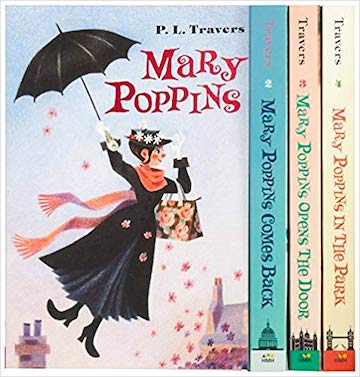