Quotes from Frankenstein (1818) by Mary Shelley 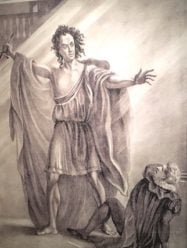 Mary Wollstonecraft Shelley (1797 – 1851) was a British author whose work crossed several genres (essays, biographies, novels, short stories, and dramas), though the book she’s best remembered for is Frankenstein, or the Modern Prometheus, one of the most remarkable works in English literature. Read a detailed synopsis of this unforgettable story, and keep reading for a selection of memorable quotes from Frankenstein.

When she was seventeen years old, Mary she eloped from England to Italy with the poet Percy Bysshe Shelley, setting off a life of upheaval and tragedy. One of the results was the creation of If you love this book, make sure to read in Mary Shelley’s own words  how she came to write Frankenstein while still in her teens.

The first edition of the novel was published anonymously in London on January 1, 1818; Mary Shelley was twenty years old at the time. Her name as the author appeared on the second edition, published in 1823.

The novel tells the story of Victor Frankenstein, a student of chemistry and other sciences who is obsessed with creating life from non-living matter. The hideous creature that he animates with life then turns against him.

Frankenstein is considered a gothic novel, and arguably, the first true science fiction novel. From its first appearance in print, the story has gripped the public imagination, first inspiring numerous theatrical versions, and later, many films. The book has influenced other literary works in the horror genre, and has inspired countless forms of popular culture.

“Frankenstein” has come to refer to the monster, himself, though in the original story, he is referred to as the creature, wretch, demon, and more.

“Nothing is so painful to the human mind as a great and sudden change.”

“Life and death appeared to me ideal bounds, which I should first break through, and pour a torrent of light into our dark world.”

“It is hardly surprising that women concentrate on the way they look instead of what is in their minds since not much has been put in their minds to begin with.”

“Nothing contributes so much to tranquilize the mind as a steady purpose a point on which the soul may fix its intellectual eye.” 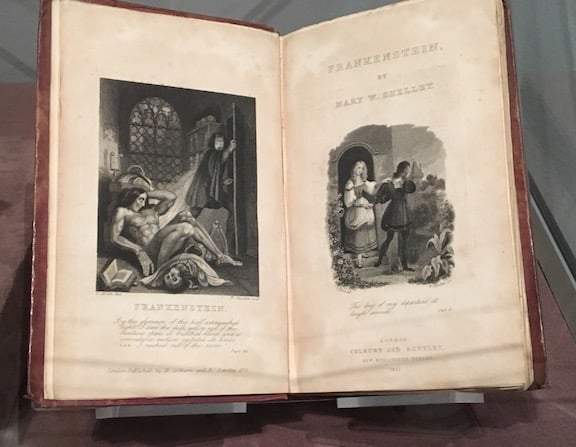 1831 edition of Frankenstein by Mary Shelley

“Beware; for I am fearless, and therefore powerful.”

“Solitude was my only consolation — deep, dark, deathlike solitude.”

“Nothing is more painful to the human mind than, after the feelings have been worked up by a quick succession of events, the dead calmness of inaction and certainty which follows and deprives the soul both of hope and fear.” 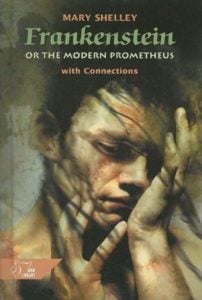 “I shall commit my thoughts to paper, it is true; but that is a poor medium for the communication of feeling. I desire the company of a man who could sympathize with me, whose eyes would reply to mine.”

“My heart was fashioned to be susceptible of love and sympathy, and when wrenched by misery to vice and hatred, it did not endure the violence of the change without torture such as you cannot even imagine.”

“Learn from me, if not by my precepts, at least by my example, how dangerous is the acquirement of knowledge, and how much happier that man is who believes his native town to be his world, than he who aspires to become greater than his nature will allow.”

“The world was to me a secret which I desired to divine.”

“Thus strangely are our souls constructed, and by slight ligaments are we bound to prosperity and ruin.”

“Life, although it may only be an accumulation of anguish, is dear to me, and I will defend it.”

“How dangerous is the acquirement of knowledge and how much happier that man is who believes his native town to be the world, than he who aspires to be greater than his nature will allow.”

“A human being in perfection ought always to preserve a calm and peaceful mind and never to allow passion or a transitory desire to disturb his tranquility. I do not think that the pursuit of knowledge is an exception to this rule. If the study to which you apply yourself has a tendency to weaken your affections and to destroy your taste for those simple pleasures in which no alloy can possibly mix, then that study is certainly unlawful, that is to say, not befitting the human mind.” 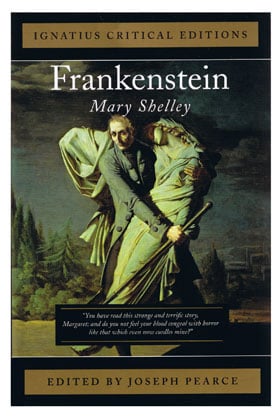 “Seek happiness in tranquility and avoid ambition even if it be only the apparently innocent one of distinguishing yourself in science and discoveries.”

“It was the secrets of heaven and earth that I desired to learn; and whether it was the outward substance of things or the inner spirit of nature and the mysterious soul of man that occupied me, still my inquiries were directed to the metaphysical, or in its highest sense, the physical secrets of the world.”

“. . . the companions of our childhood always possess a certain power over our minds which hardly any later friend can obtain.”

“Accursed creator! Why did you form a monster so hideous that even you turned from me in disgust? God, in pity, made man beautiful and alluring, after his own image; but my form is a filthy type of yours, more horrid even from the very resemblance. Satan had his companions, fellow-devils, to admire and encourage him; but I am solitary and abhorred.”

“If I cannot inspire love, I will cause fear!”

“With how many things are we on the brink of becoming acquainted, if cowardice or carelessness did not restrain our inquiries.”

“I am alone and miserable. Only someone as ugly as I am could love me.”

“Death snatches away many blooming children, the only hopes of their doting parents: how many brides and youthful lovers have been one day in the bloom of health and hope, and the next a prey for worms and the decay of the tomb! Of what materials was I made, that I could thus resist so many shocks, which, like the turning of the wheel, continually renewed the torture? But I was doomed to live.” 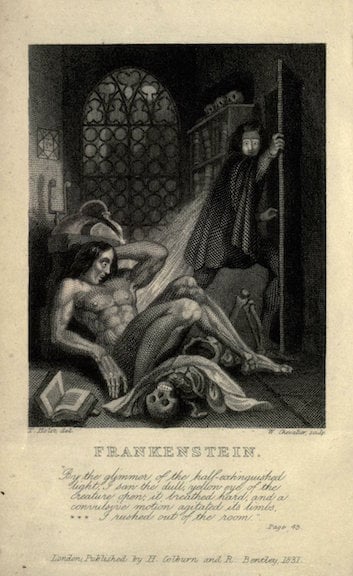 Frontispiece from the 1831 edition

“I was benevolent and good; misery made me a fiend. Make me happy, and I shall again be virtuous.”

“The whole series of my life appeared to me as a dream; I sometimes doubted if indeed it were all true, for it never presented itself to my mind with the force of reality.”

“How mutable are our feelings, and how strange is that clinging love we have of life even in the excess of misery!”

“When falsehood can look so like the truth, who can assure themselves of certain happiness?”

“I ought to be thy Adam; but I am rather the fallen angel, whom thou drivest from joy for no misdeed.”

“The fallen angel becomes a malignant devil. Yet even that enemy of God and man had friends and associates in his desolation; I am alone.”

“If I see but one smile on your lips when we meet, occasioned by this or any other exertion of mine, I shall need no other happiness.”

“Even broken in spirit as he is, no one can feel more deeply than he does the beauties of nature. The starry sky, the sea, and every sight afforded by these wonderful regions, seems still to have the power of elevating his soul from earth. Such a man has a double existence: he may suffer misery, and be overwhelmed by disappointments; yet, when he has retired into himself, he will be like a celestial spirit that has a halo around him, within whose circle no grief or folly ventures.” 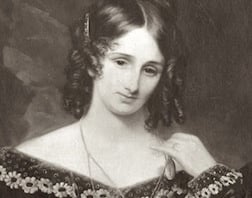 “I could not understand why men who knew all about good and evil could hate and kill each other.”

“Be steady to your purposes and firm as a rock. This ice is not made of such stuff as your hearts may be; it is mutable and cannot withstand you if you say that it shall not. Do not return to your families with the stigma of disgrace marked on your brows. Return as heroes who have fought and conquered, and who know not what it is to turn their backs on the foe.”

“A mind of moderate capacity which closely pursues one study must infallibly arrive at great proficiency in that study.”

More about Frankenstein by Mary Shelley