Quotes by Isak Dinesen on Life and Storytelling

Isak Dinesen(1885 – 1962), born Karen Christenze Dinesen, was a Danish author best known for her 1937 memoir, Out of Africa, and her long short story, Babette’s Feast.

Later known as Baroness Karen von Blixen-Finecke, she was published in the United States, after being denied publication in both Denmark and England.

Admired for her poetic prose, her work has endured for her adventurous life as well as her literary talent. Here are quotes by Isak Dinesen hinting at her philosophy on life and her storytelling skills.

“It’s an odd feeling — farewell — there is some envy in it. Men go off to be tested for courage and if we’re tested at all, it’s for patience, for doing without, for how well we can endure loneliness.” (Out of Africa, 1937)

“I am not a novelist, really not even a writer; I am a storyteller. One of my friends said about me that I think all sorrows can be borne if you put them into a story or tell a story about them, and perhaps this is not entirely untrue. To me, the explanation of life seems to be its melody, its pattern. And I feel in life such an infinite, truly inconceivable fantasy. (From a 1957 interview)

“Write a little every day, without hope, without despair.”

“The entire being of a woman is a secret which should be kept.” (“The Cardinal’s Third Tale,” Last Tales, 1957) 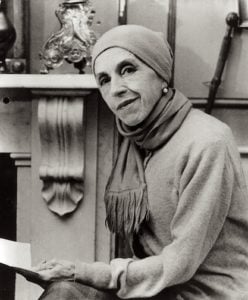 “When you have a great and difficult task, something perhaps almost impossible, if you only work a little at a time, every day a little, suddenly the work will finish itself.”

“We must leave our mark on life while we have it in our power.”

“I start with a tingle, a kind of feeling of the story I will write. Then come the characters, and they take over, they make the story.” 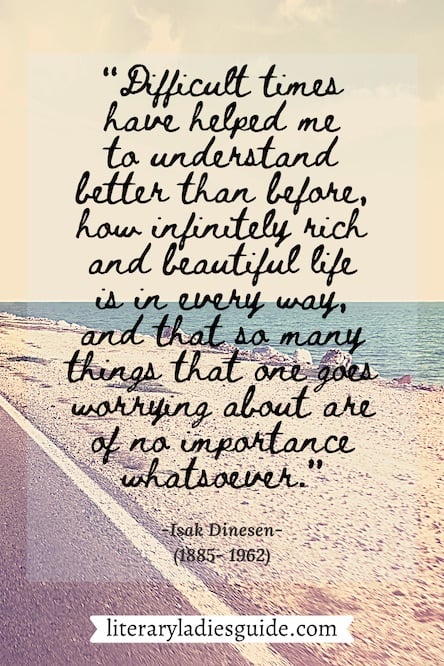 “Difficult times have helped me to understand better than before, how infinitely rich and beautiful life is in every way, and that so many things that one goes worrying about are of no importance whatsoever.”

“I beg of you, you good people who want to hear stories told: look at this page and recognize the wisdom of my grandmother and of all old story-telling women!” 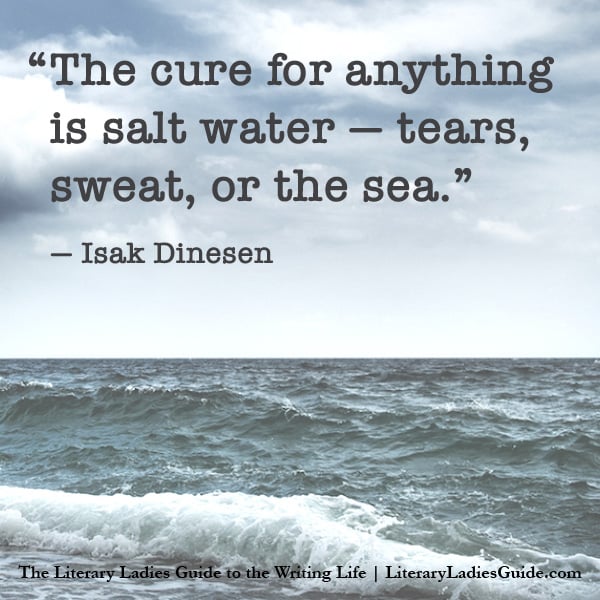 “Perhaps he knew, as I did not, that the Earth was made round so that we would not see too far down the road.” (Out of Africa, 1937)

“To be a person is to have a story to tell.”

“It is little silly to be a caricature of something of which you know very little, and which means very little to you, but to be your own caricature — that is the true carnival!” (Carnival: Entertainments and Posthumous Tales, 1971)

“People who dream when they sleep at night know of a special kind of happiness which the world of the day holds not, a placid ecstasy, and ease of heart, that are like honey on the tongue.

They also know that the real glory of dreams lies in their atmosphere of unlimited freedom. It is not the freedom of the dictator, who enforces his own will on the world, but the freedom of the artist, who has no will, who is free of will.” (Out of Africa, 1937) 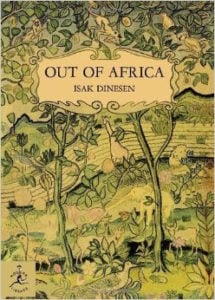 “Man and woman are two locked caskets, of which each contains the key to the other.” (“A Consolatory Tale,” Winter’s Tale, 1942)

“Where the storyteller is loyal, eternally and unswervingly loyal to the story, there, in the end, silence will speak. Where the story has been betrayed, silence is but emptiness. But we, the faithful, when we have spoken our last word, will hear the voice of silence.” (“The Blank Page,” Last Tales, 1957)

“I don’t believe in evil, I believe only in horror. In nature there is no evil, only an abundance of horror: the plagues and the blights and the ants and the maggots.”

“I think it will be truly glorious when women become real people and have the whole world open to them.”

“A great artist is never poor.”

“Who tells a finer tale than any of us. Silence does.”

“Truth, like time, is an idea arising from, and dependent upon, human intercourse.”

“It is impossible that a town will not play a part in your life, it does not matter whether you have good or bad things to say of it, it draws your mind to it, by a mental law of gravitation.”

“If a man can devote himself undisturbed to the work which is on his mind, he can, as far I have observed, completely ignore his surroundings — they disappear for him; he can sit in filth and disorder, draught and cold, and be completely happy. For most women it is insufferable to sit in a room if the color scheme displeases them.”

“But the cultivation of race gets nowhere, for even its triumphal progress becomes a vicious circle. It cannot give and cannot receive.”

“There are many highly intelligent people who have no answer at all in them. A conversation or a correspondence with such persons is nothing but a double monologue — you may stroke them or strike them, you will get no more echo from them than from a block of wood. And how, then, can you yourself go on speaking?”