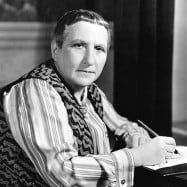 Gertrude Stein (1874 – 1946) had a unique place in twentieth century literature. Following is a selection of Gertrude Stein quotes, offering a window into her mind — some perplex, others delight, and some are a marriage of both.

Though some consider her writing incoherent, others view it as a singular voice, that had never been seen before or since.

In addition to poetry and novels, Stein also wrote plays, operas, and gave many lectures. Her experiments in prose, which may have originated with automatic writings, were highly influential. Some critics considered them “cubism in literature.”

“If you can’t say anything nice about anyone else, come sit next to me.”

“Why should a sequence of words be anything but a pleasure?”

“The creator of the new composition in the arts is an outlaw until he is a classic.” (Composition as Explanation, 1926)

“For a very long time everybody refuses and then almost without a pause almost everybody accepts. In the history of the refused in the arts and literature the rapidity of the change is always startling.” (Composition as Explanation, 1926) 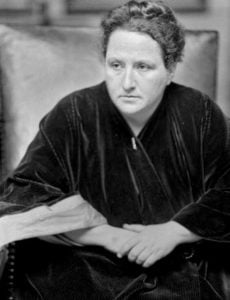 “When you are writing before there is an audience anything written is as important as any other thing and you cherish anything and everything that you have written. After the audience begins, naturally they create something that is they create you, and so not everything is so important, something is more important than another thing.” (What are Masterpieces and Why Are There So Few of Them, 1936) 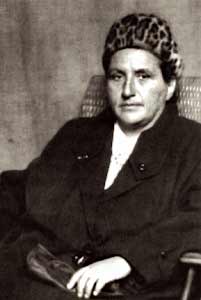 “It is the human habit to think in centuries from a grandparent to a grandchild because it just does take about a hundred years for things to cease to have the same meaning as they did before.” (Narration: Four Lectures by Gertrude Stein, 1935)

“There is no such thing as repetition. Only insistence.”

“Nothing is more interesting than that something that you eat.” 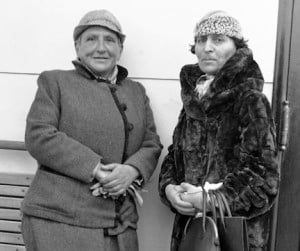 Gertrude Stein and Alice B. Toklas in the 1930s

“It is the soothing thing about history that it does repeat itself.”

“After all everybody, that is, everybody who writes is interested in living inside themselves in order to tell what is inside themselves. That is why writers have to have two countries, the one where they belong and the one in which they live really. The second one is romantic, is is separate from themselves, it is not real but it is really there.” (Paris France, 1940) 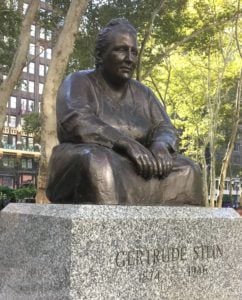 “Anything one does every day is important and imposing and anywhere one lives is interesting and beautiful.”

“You will write if you will write without thinking of the result in terms of a result, but think of the writing in terms of discovery, which is to say that creation must take place between the pen and the paper, not before in a thought or afterwards in a recasting … It will come if it is there and if you will let it come.”

“It is nice that nobody writes as they talk and that the printed language is different from the spoken otherwise you could not lose yourself in books and of course you do you completely do.”

“For a very long time everybody refuses and then almost without a pause almost everybody accepts.”

“Writing and reading is to me synonymous with existing.”

“I have always noticed that in portraits of really great writers the mouth is always firmly closed.” (As quoted by Robert Haas in a January 1946 interview)

“The artist works by locating the world in himself.”

“One must dare to be happy.”

“I have been the creative literary mind of the century.”

“If the communication is perfect, the words have life, and that is all there is to good writing, putting down on the paper words which dance and weep and make love and fight and kiss and perform miracles.”

“A very important thing is not to make up your mind that you are any one thing.”

“Silent gratitude isn’t very much use to anyone.”

“Everybody gets so much information all day long that they lose their common sense. They listen so much that they forget to be natural. This is a nice story.” (Reflections on the Atom Bomb, 1946)

“The one thing that everybody wants is to be free…not to be managed, threatened, directed, restrained, obliged, fearful, administered, they want none of these things they all want to feel free … The only thing that any one wants now is to be free, to be let alone, to live their life as they can, but not to be watched, controlled and scared, no no, not.” (September, 1943)

“Argument is to me the air I breathe. Given any proposition, I cannot help believing the other side and defending it.” (“Form and Intelligibility,” from The Radcliffe Manuscripts, 1949; written in 1895 as an undergraduate at Radcliffe College

“Artists do not experiment. Experiment is what scientists do; they initiate an operation of unknown factors to be instructed by its results. An artist puts down what he knows and at every moment it is what he knows at that moment.”

“One of the pleasant things those of us who write or paint do is to have the daily miracle. It does come.”