25 Wise Quotes by Toni Morrison on Writing and Living 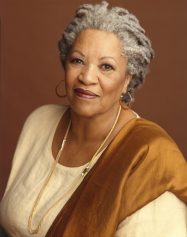 Toni Morrison (1931 – 2019) was an American novelist, editor, essayist, teacher, and professor. She was the recipient of numerous awards, including the Nobel Prize in Literature. Her body of work examined the black experience in America through great storytelling. Following is a selection of wise quotes by Toni Morrison on writing, living, and love.

Morrison was born and raised in Lorain, Ohio in a working-class African-American family that influenced her love and appreciation for black culture.

Growing up, she saw first-hand the horrifying reality of racism in America and used her understanding of racial history to connect it with the present.

American author George Saunders said, “There is something about the scale of her work that inspires other writers to think in a more expansive way,” and added, “she inspires with her incredible language and also the moral-ethical intensity of her work.”

14 Women Who Have Won the Nobel Prize in Literature

“When a kid walks in a room, your child or anybody else’s child, does your face light up? That’s what they’re looking for. (Interview on The Oprah Winfrey Show, 2000)

“I tell my students, ‘When you get these jobs that you have been so brilliantly trained for, just remember that your real job is that if you are free, you need to free somebody else. If you have some power, then your job is to empower somebody else.'” (Interview with O, The Oprah Magazine, November 2003)

“It is easily the most empty cliché, the most useless word, and at the same time the most powerful human emotion—because hatred is involved in it, too.” (Interview with O, The Oprah Magazine, November 2003)

“My world did not shrink because I was a Black female writer. It just got bigger.” (Interview with The New York Times, 1987)

“What I’m interested in is writing without the gaze, without the white gaze … In so many earlier books by African-American writers, particularly the men, I felt that they were not writing to me. But what interested me was the African-American experience throughout whichever time I spoke of. It was always about African-American culture and people — good, bad, indifferent, whatever — but that was, for me, the universe.”  (Rachel Kaadzi Ghansah’s profile of Morrison in The New York Times Magazine, 2015)

“You can do some rather extraordinary things if that’s what you really believe.”  (Interview with The New York Times, 1987) 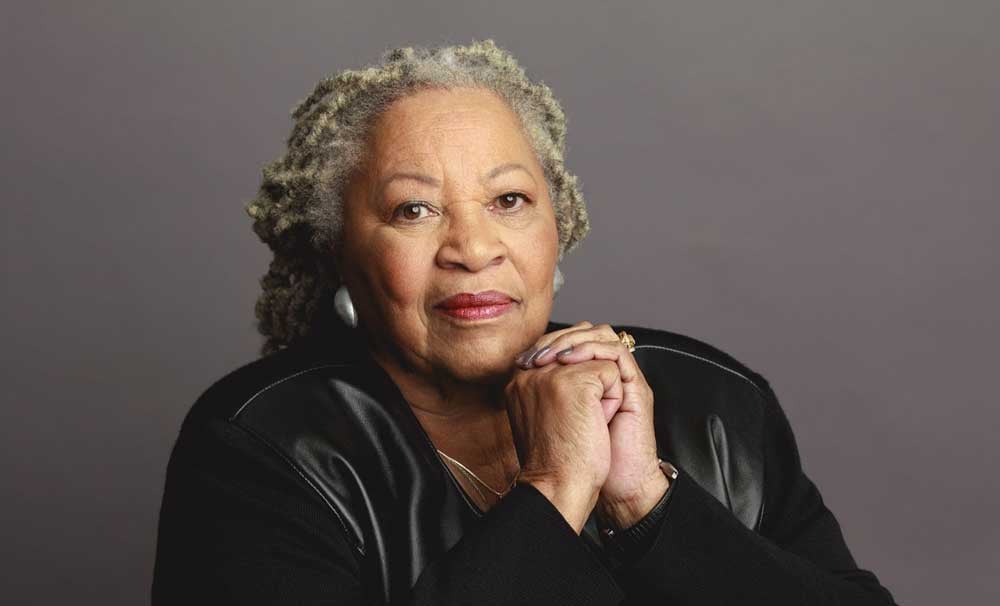 “I never asked Tolstoy to write for me, a little colored girl in Lorain, Ohio. I never asked Joyce not to mention Catholicism or the world of Dublin. Never. And I don’t know why I should be asked to explain your life to you.” (Conversations with Toni Morrison, 1981)

“If you find a book you really want to read but it hasn’t been written yet, then you must write it.” (Speech to Ohio Arts Council, 1981) 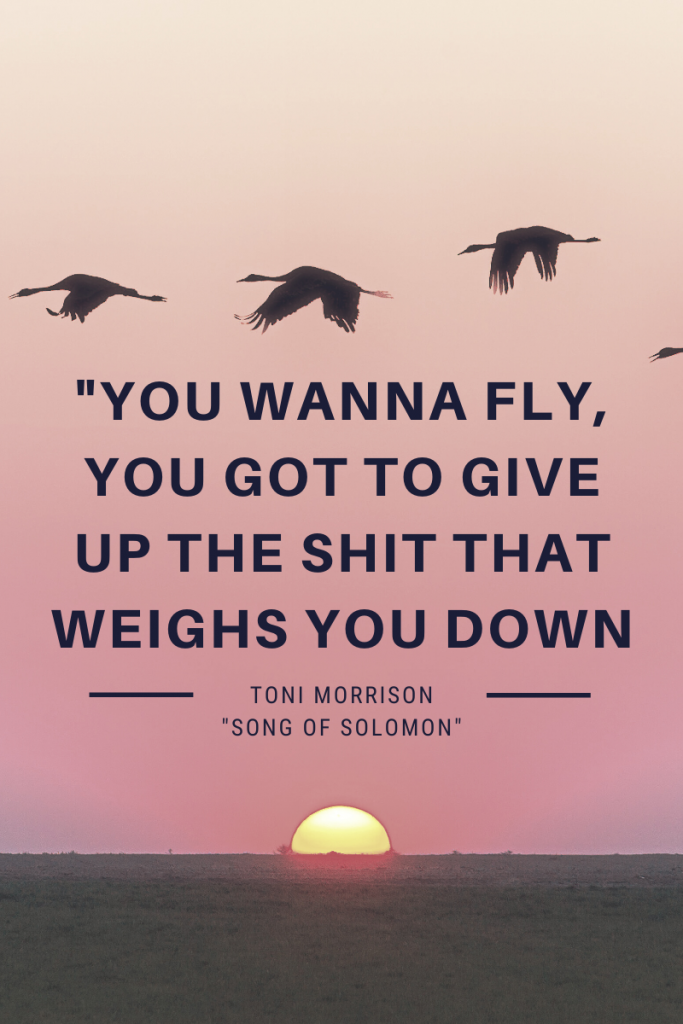 “I’m a believer in the power of knowledge and the ferocity of beauty, so from my point of view, your life is already artful—waiting, just waiting, for you to make it art.” (Graduation address at Princeton University, 2005)

“The function, the very serious function of racism is distraction. It keeps you from doing your work. It keeps you explaining, over and over again, your reason for being. Somebody says you have no language and you spend twenty years proving that you do. 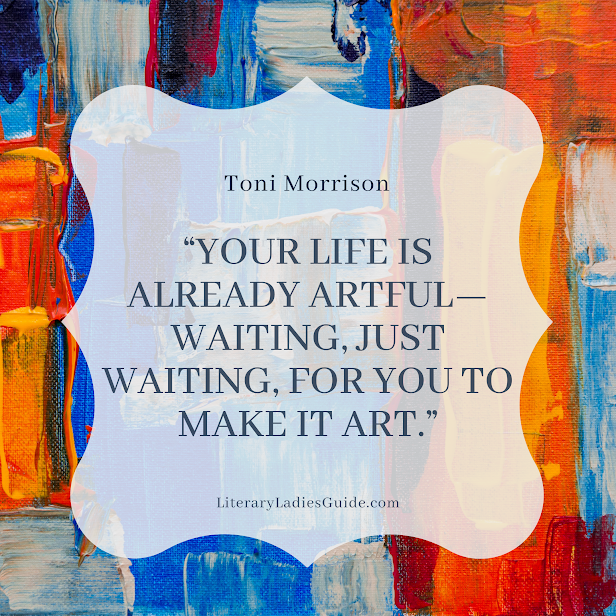 “Your life is already artful—waiting, just waiting, for you to make it art.” (From her Wellesley College Commencement address, 2004)

“In my mother’s church, everybody read the Bible and it was mostly about music. My mother had the most beautiful voice I have ever heard in my life. She could sing anything — classical, jazz, blues, opera. And people came from long distances to that little church she went to — African Methodist Episcopal, the AME church she belonged to — just hear her.”  (“I Regret Everything: Toni Morrison Looks Back on her Personal Life” — Interview with Terry Gross on NPR’s Fresh Air, 2015)

“The writing is — I’m free from pain. It’s where nobody tells me what to do; it’s where my imagination is fecund and I am really at my best. Nothing matters more in the world or in my body or anywhere when I’m writing.” (Interview with Terry Gross on NPR’s Fresh Air, 2015)

Anger … it’s a paralyzing emotion … you can’t get anything done. People sort of think it’s an interesting, passionate, and igniting feeling — I don’t think it’s any of that — it’s helpless … it’s absence of control — and I need all of my skills, all of the control, all of my powers … and anger doesn’t provide any of that — I have no use for it whatsoever.”  (Interview on CBS, 1987) 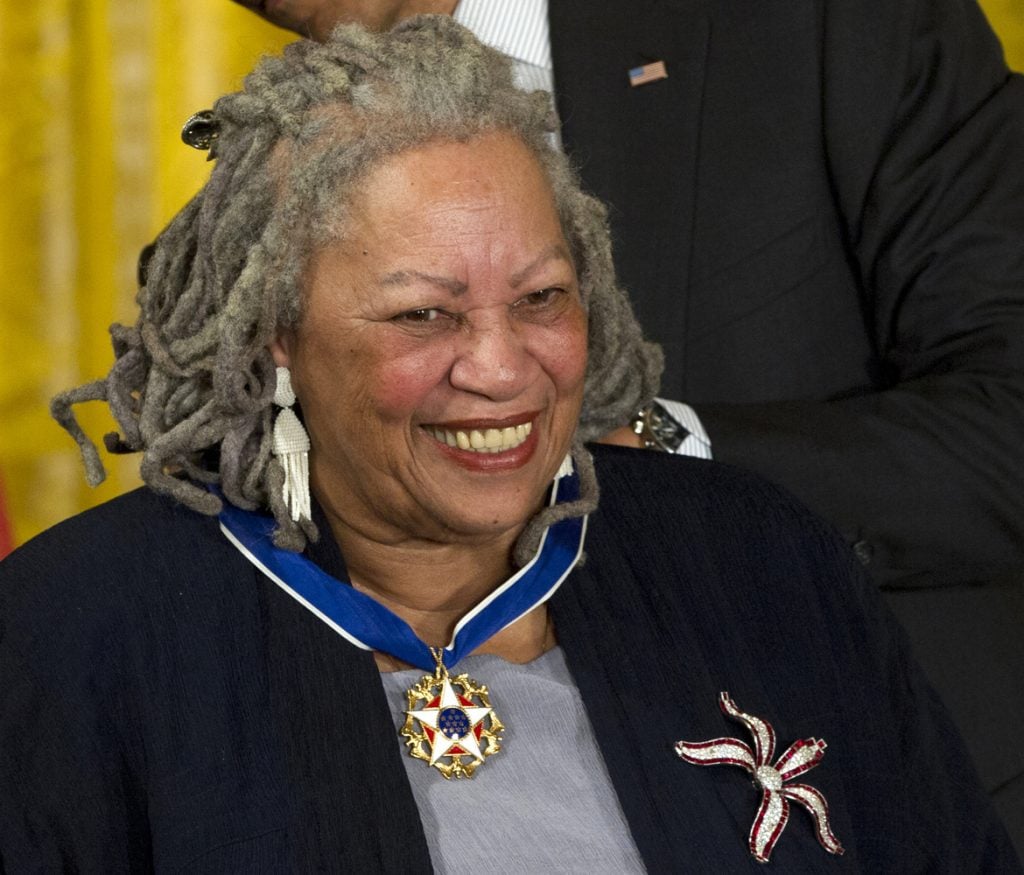 Quotes from Toni Morrison’s 2003 interview with The New Yorker

“Being a black woman writer is not a shallow place but a rich place to write from. It doesn’t limit my imagination; it expands it. It’s richer than being a white male writer because I know more and I’ve experienced more.”

“The title of Ralph Ellison’s book was Invisible Man. And the question for me was ‘Invisible to whom?’ Not to me.”

“Whatever the work is, do it well—not for the boss but for yourself.”

“Make up a story … For our sake and yours forget your name in the street; tell us what the world has been to you in the dark places and in the light. Don’t tell us what to believe, what to fear. Show us belief’s wide skirt and the stitch that unravels fear’s caul.”