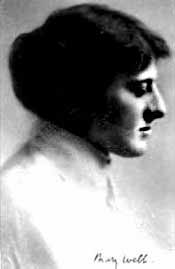 Mary Webb (March 25, 1881 – October 8, 1927), born Mary Gladys Meredith in Leighton near Shrewsbury, was an English novelist and poet best known for the novel Precious Bane. She had strong ties to the countryside and people of her native Shropshire.

As a girl she wrote plays and stories to entertain her five younger sisters and brothers, maturing into an essayist, poet and novelist who drew on her pantheistic view of nature, fascination with folklore, innate sense of mysticism, consideration of the female experience, and empathy with the most vulnerable and stigmatized of earth’s creatures.

Mary’s father, George Edward Meredith, was a schoolmaster with strong pride in his Celtic-Welsh heritage, and ignited Mary’s love of literature and the natural world. Her mother, Sarah Alice Scott, was from Edinburgh and descended from a family related to Sir Walter Scott.

At the age of twenty, Mary developed Graves Disease, a thyroid disorder that disfigured her with a neck goiter and rather protruding eyes, and caused her chronic ill health.

Failing at marriage and writing

In 1912 she married Henry Bertram Law Webb, a teacher who initially encouraged her writing. They lived in Somerset before moving back to Mary’s beloved Shropshire where they bought land in Lyth Hill and built Spring Cottage. In 1921 they purchased another property in London to be closer to the literary circles of the day.

Six years later, with Mary’s health worsening, her marriage deteriorating because of her husband’s attachment to an ex-pupil, and her novels not achieving the popular appeal she had hoped for, she returned alone to Spring Cottage.

This quote from her novel Golden Arrow was likely a reflection of her experience: “To many women marriage is only this. It is merely a physical change impinging on their ordinary nature, leaving their mentality untouched, their self-possession intact. They are not burnt by even the red fire of physical passion—far less by the white fire of love.” 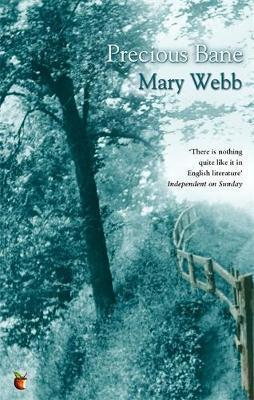 Mary was solitary and independent, a woman and writer who resisted labeling. Her first publication was a five-verse poem written in reaction to a 1905 railway accident, printed anonymously in the Shrewsbury Chronicle.

Her first novel The Golden Arrow was published in 1916, followed by The Spring of Joy: A Little Book of Healing, and four more novels: Gone to Earth, The House in Dormer Forest, Seven for a Secret, and Precious Bane.

She won the Prix Femina Vie Heureuse for her best-known novel Precious Bane, whose heroine Prue Sarn is a sensitive young woman scorned because she has a hare-lip. 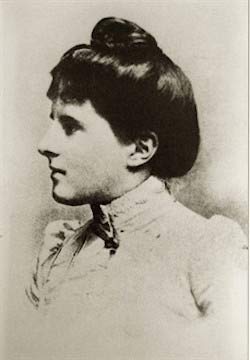 Mary’s writing was critically acclaimed by other authors such as Rebecca West, J.M. Barrie, and Walter de la Mare, but it did not become commercially successful until after her death when in 1928 Britain’s Prime Minister Stanley Baldwin gave a speech at a Literary Fund dinner and praised Mary’s writing, referring to her as a neglected genius.

Mary Webb died at St. Leonard’s on Sea, East Sussex on October 8, 1927 at the age of 47, leaving a sixth novel, Armour Wherein He Trusted, unfinished. She is buried at Shrewsbury cemetery in England.

“I’ve thought since that when folk grumble about this and that and be not happy, it is not the fault of creation, that is like a vast mere full of good, but it is the fault of their bucket’s smallness.”

“That vivid present of theirs, how faint it grows! The past is only the present become invisible and mute; its memoried glances and its murmurs are infinitely precious.”

“Nature’s music is never over; her silences are pauses, not conclusions.”

“If you stop to be kind, you must swerve often from your path.”

Contributed by DM (Diane) Denton, a native of Western New York, a writer and artist inspired by music, nature, and the contradictions of the human and creative spirit. Diane has done the artwork for both her novels’ book covers, and published an illustrated poetry flower journal,A Friendship with Flowers.Visit her on the web at at DM Denton Author & Artist and BardessMDenton.