Mary Norton, Author of The Borrowers 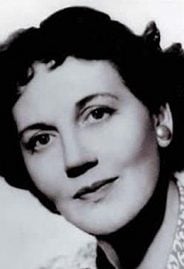 Mary Norton (December 10, 1903 – August 29, 1992) was a British children’s book author best known for The Borrowers series. Born Kathleen Mary Pearson in London, she grew up in a manor house in the town of Leighton Buzzard, Bedfordshire, England, and attended a convent school.

In 1925, in her early twenties, Mary became an actress with the Old Vic theatre company. In 1926, she married Robert Norton. She and her husband moved to Portugal, close to his relatives, and lived there from 1927 until the outbreak of World War II twelve years later. The couple had four children — two sons and two daughters.

Wartime life and the launch of a writing career

When World War II began, Robert Norton joined the Navy, and Mary took their four children and moved to America. There she published her first novel, The Magic Bed-Knob; Or, How to Become a Witch in Ten Easy Lessons, in 1943. It was published in England two years later and well-received in both markets. At the same time, she worked for the British Purchasing Commission.

Post-World War II, Mary Norton and her family moved back to England, where Bonfires and Broomsticks was published and where she wrote her most famous series, The Borrowers.

The series follows the Clocks, a family of the Borrower race. They are only six inches tall and occupy nooks and crannies in a human house based on the manor where Norton grew up. They “borrow” small items from their unknowing human hosts to set up their little homes in corners and under floorboards, where they enjoy mostly quiet lives, sometimes interrupted by adventure. Central characters are Pod, Homily, and their teenage daughter Arrietty.

As a very nearsighted child, Mary had been “an inveterate gazer into banks and hedgerows . . . a rapt investigator of shallow pools,”  according to her obituary in The Independent. Young Mary wondered what it would be like to live as a tiny human among the small creatures that she saw there.

What might it be like, she wondered, for a very tiny person to see what to them would be an extremely giant and fearsome buzzard circling in the sky? These little creatures and their lives developed and formed themselves in the back of her imagination until she published The Borrowers in 1952.

This book earned her a well deserved place in the pantheon of great children’s authors and was followed by titles The Borrowers Afield, Afloat, Aloft, and Avenged, as well as the short story “Poor Stainless.” These stories about tiny people making their way in a great big world captivated the hearts and minds of parents and children alike in the 1950s and on, and they continue to resonate with readers of all ages today.

The first book won the British Carnegie Medal from the Library Association in 1952, recognizing it as the year’s outstanding children’s book by a British author. 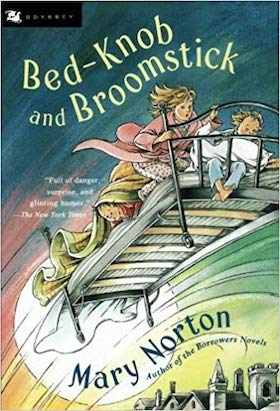 After her initial Borrowers success, Norton continued to write. Between Borrowers sequels, she began thinking about where fairy tale creatures go after their tales are over. This led her to pen the quirky, lesser-known Are All the Giants Dead, which is a charming story about a young English boy, a princess, and a lot of retired fairy tale heroes.

Mary divorced Robert Norton and in 1970 was married to Lionel Bonsley until he passed away in 1989. She died three years later from a stroke on August 29, 1992 in Hartland, North Devon, England. 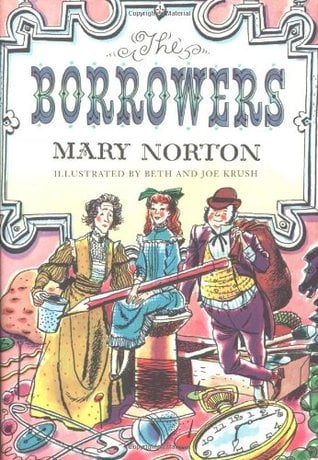 The legacy of Mary Norton

It’s difficult to overstate the far-reaching impact of Mary Norton’s books. They are both utterly realistic and utterly fantastic, taking very ordinary heroes and placing them into extraordinary circumstances.

This is a familiar feature of a lot of successful children’s fantasy, as evidenced by authors like C.S. Lewis and J.K. Rowling. In Lewis and Rowling’s cases, it is magic that makes the settings extraordinary. But for Norton’s little heroes, it was the sheer, overwhelming bigness of the world. This is what sets her apart and makes the Clock family so very relatable.

Real children may be more than six inches tall, but everyone knows what it is like to sometimes feel like a very small person in a very big, overwhelming, and sometimes scary world. Norton’s books teach that problems which (like buzzards and cats) may be very small to one person might seem huge and terrifying to another person, but that with a little determination and creativity, even the smallest person can find his or her way out of any predicament.

Mary Norton’s books, already literary classics, will continue to excite and teach children and adults for generations to come.

Mary Norton’s grave is located on the property of St. Nectan’s Church, the parish church of Hartland, Devon. The inscription on her headstone reads:

One Response to “Mary Norton, Author of The Borrowers”