Marguerite Duras, author of The Lover 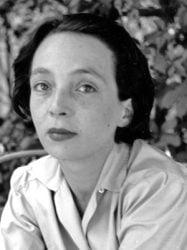 Her work was largely shaped by her childhood in present-day Vietnam and received several awards, including the Prix Goncourt for her novel The Lover, and an Academy Award nomination for the screenplay of Hiroshima Mon Amour.

Duras was born in Gia Định, just north of Saigon in Vietnam (then known as French Indochina) in 1914. Her mother Marie was headmistress of the local girl’s school, and her father Henri was a math teacher. She also had two older brothers, Pierre and Paul.

Soon after the family had settled there, her father became ill with amoebic dysentery and returned to France, where he died shortly afterward. Her mother decided to stay to raise her children in Indochina, but the family struggled financially: a bad investment in a rice farm that flooded regularly left them in poverty (something Duras later wrote about in her novel The Sea Wall).

Her childhood in Vietnam and the experience of colonial living was a profound influence on her later writing: in a 1985 interview, she said, “It’s as if I had no birthplace — I did have one, but it’s far away. I’ve never been able to go back … But the past is perhaps here in the present. This place is already in the past. I can use it to say exactly what I want, about life, I mean.”

Duras attended the French lycée (high school) in Saigon, then moved to France at the age of seventeen to complete her education. She started by studying math, then switched to law and politics. She earned her degree in public law from the Sorbonne in 1937 and found a job working for the Ministry of the Colonies. 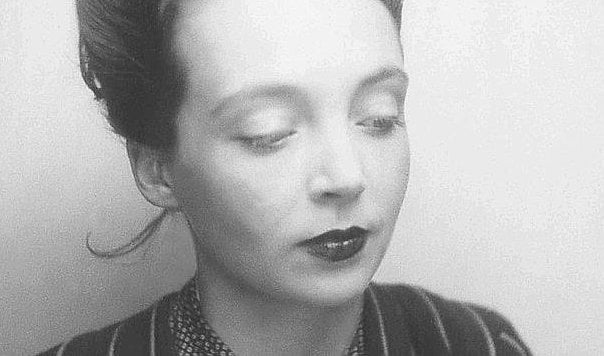 In 1939, she met and married her first husband, Robert Antelme, also a writer. Their only child was stillborn in 1942.

During World War II, Duras worked for the Vichy government, then, from 1943 both she and Robert were active members of the French Resistance. They were part of a small group called Richelieu which included the future president François Mitterand, who remained a lifelong friend.

In 1944, her husband was arrested for his Resistance activities and was sent to Buchenwald and Dachau. He survived, but barely: according to Duras, he weighed a terrifying 38 kilos (84 pounds) when he returned to France. She nursed him back to health but was already in love with Dionys Mascolo, who became her second husband and father of her only child, Jean. She divorced Robert not long after the war.

It was around this time that Duras also became a member of the French Communist Party. She was later expelled in 1950 for protesting against the Prague Uprising but remained a politically active Marxist throughout her life.

She protested against the Algerian War, and later, in 1971, signed the Manifesto of 343, a petition signed by that number of French women stating that they’d had an abortion. At the time, when abortion was illegal in France, signing was considered an act of political and civil disobedience. The text of the manifesto, written by Simone de Beauvoir, read:

“One million women in France have abortions every year. Condemned to secrecy, they do so in dangerous conditions, while under medical supervision, this is one of the simplest procedures. Society is silencing these millions of women. I declare that I am one of them. I declare that I have had an abortion. Just as we demand free access to contraception, we demand the freedom to have an abortion.”

The manifesto was published in Le Nouvel Observateur and influenced a change in the law that legalized abortion in 1975.

Writing, and The Lover

Duras’s true passion lay in writing. Her first novel, Les Impudents, was published in 1943, and it was then that she began using the name Duras, after the town that her father originated from in the region of Lot-et-Garonne.

Her most famous novels include The Sea Wall, Moderato Cantabile, The Ravishing of Lol Stein, and The Lover. The latter, published in 1984, is the story of a teenager falling in love with a Chinese man. It became her most well-known novel, winning the Prix Goncourt and selling over three million copies in France alone. It was translated into forty languages.

The Lover is an elusive, hazy story, like faded snapshots of the past, and Duras’s claim that it was almost entirely autobiographical cemented its notoriety. But the New York Times noted that “truth, in the Durasian universe, is a slippery entity.”

Truth is perhaps blended with fiction: Duras did most likely have a Chinese lover at the age of fifteen, but it was not the sexual and romantic awakening that the novel portrays, and she was writing the book at the age of seventy when the details may have been (deliberately or otherwise) blurred.

Duras often claimed to be surprised at the praise the book received, saying that she herself never liked it that much. She even went so far as to rewrite it, in the form of notes to a film, as The North China Lover.

“The Lover is a load of sh–,” she once said. “It’s an airport novel. I wrote it when I was drunk.” This, however, could be taken with a pinch of salt and as another example of the “slipperiness” of her version of the truth: later she would claim, “People who say they don’t like their own books, if such people exist, do so because they haven’t learned to resist the attraction to humiliation. I love my books. They interest me.”

For Duras, writing was both a substitute for living and a way of engaging with the world. “In my life,” she once said, “I am more of a writer than someone who lives.” Things happened to her “that she never experienced.” She often spoke and wrote about herself in the third person, particularly in her journals.

Moderato Cantabile was the inspiration for the 1960 film Seven Days… Seven Nights by Peter Brook, while The Lover was made into a film in 1994, a decade after it was published, directed by Jean Jacques Annaud.

Duras was also a screenwriter and filmmaker herself, and during her life directed a total of eighteen films. She wrote the play India Song and directed the film of it in 1975.

She also wrote the screenplay for the 1959 film Hiroshima Mon Amour, directed by Alain Resnais, which tells the story of a French woman’s relationship with a Japanese man during World War II. It was nominated for an Oscar, but the critics were not convinced: the New York Times called it a “Proustian tour de force,” but Films in Review lamented: “That a film so amateur should receive so much critical acclaim is a sad commentary on the state of Western culture…”

Duras’ fluidity between novel and film, prose and screenplay, was an important part of her style and her work. Rachel Kushner, in The New Yorker, wrote that “all of Duras’s work is novelistic in its breadth and profundity, and all of it can be poured from one flask to another, from play to novel to film, without altering its Duras-ness.”

She was much admired by many twentieth-century intellectuals. Jacques Lacan (the noted French psychoanalyst)  wrote about her work, and Samuel Beckett said that her radio play, “The Square,” was a significant moment in his own creative life.

Her style was not always appreciated. Particularly in the 1950s, Duras encountered misogyny in publishing, with male critics calling her writing “masculine,” “hardball,” and “virile” (meant as insults, though we might not take them as such today). Even she freely admitted that her natural boldness and forthrightness could be difficult to deal with, saying “I’m not sure I could put up with Duras.” 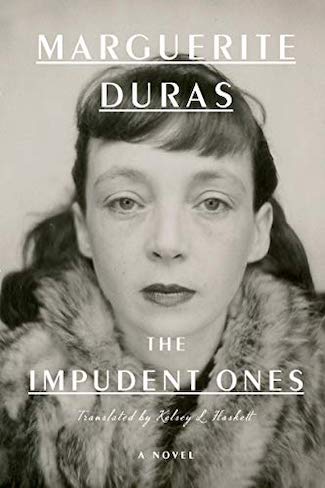 Duras had a difficult personality, which was compounded by health problems. She suffered from alcoholism and claimed that it had been a problem since she tasted her first alcoholic drink as a teenager. This was exacerbated by her second husband, Mascolo, who also drank to excess.

By the time The Lover was published in 1984 she had separated from him and was living with a much younger man, Yann Andréa Steiner. He had sought her out after reading many of her novels, and despite his homosexuality, became her lover and secretary. It was Steiner who encouraged her to seek treatment for her alcoholism, and who wrote about the rehab experience in a book titled M.D.

Duras was honest and shrewd enough to realize that her alcoholism would have been less of a problem in social terms had she been a man:

“Alcoholism is scandalous in woman … it’s a slur on the divine in our nature.” She could also be honest with herself about the nature of the condition, saying, “It’s always too late when people tell someone they drink too much. You never know yourself that you’re an alcoholic. In one hundred percent of cases, it’s taken as an insult.”

Duras died in Paris on March 3, 1996, and is buried in the Montparnasse Cemetery. Bertrand Poirot-Delpech wrote in Le Monde: “When this diminutive character with the large spectacles and a morning-after voice gets involved … she does so with guts, without restraint.”

Major works (Duras’ complete works, including her fiction, essays, and theatrical works is vast; link to her full bibliography here)