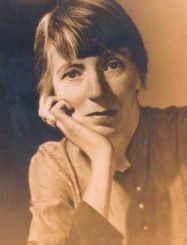 Margery Williams Bianco (July 22, 1881 – September 4, 1944) was a British-American author and translator, best known for children’s books. Her most enduring work is The Velveteen Rabbit (1922). She received the Newbery Honor for Winterbound.

Margery William’s interest in writing was fueled by the encouragement she received from her father. As a renowned barrister and scholar, her father inspired his daughters to read and write, and by extension, fueled her passion to become a writer.

Born in London, England, Margery Williams was the second daughter of Robert Williams and Florence Harper Williams. In her writings about her childhood, Margery described her father as a loving parent who valued the art of reading and the development of imagination. She recalled how her father described characters from various books, bringing them to life from the printed objects.

Margery’s father died when she was seven years old, which may have influenced the themes of loss woven into her later writings.

In 1890, Margery’s family moved to the United States. First, the family settled in New York before moving to a farm in Pennsylvania. Here, Margery attended the Covenant School in Sharon Hill until the age of seventeen. Upon completing this formal education, Margery returned to England and began her writing career. Her first book was a novel for adults—The Late Returning was published in England in 1902, when Margery was just nineteen.

This was followed by two more novels — The Price of Youth and The Bar. These books, however, weren’t very successful and added little to her reputation as an author.

Margery met Francesco Bianco, an Italian working in a book department, and married him in 1904. The couple had two children— a son and a daughter. Margery gave up her writing aspirations while the children were young and focused on her family.

The Biancos later moved to Paris, before settling in Turin, Italy. Here, Francesco Bianco joined the Italian army to fight in World War I. In this difficult period, Margery Williams sought solace in the works of the poet Walter de la Mare. She perceived that his works empathized with the perspective of children and aligned with her interest as an author. So inspired was she by the poet’s works that she wrote an essay, “De La Mare,”as an homage.

At the end of World War I, Europe was stricken by post-war hunger that greatly affected the general population. As a result, the Biancos moved from Italy to the U.S. in 1921. The family settled in Greenwich Village in New York City.

Here, Margery reignited her passion for writing, inspired by watching the playful nature of her children, Cecco and Pamela. Along with the discovery of Walter de la Mare’s works, she had the impetus to resume writing. 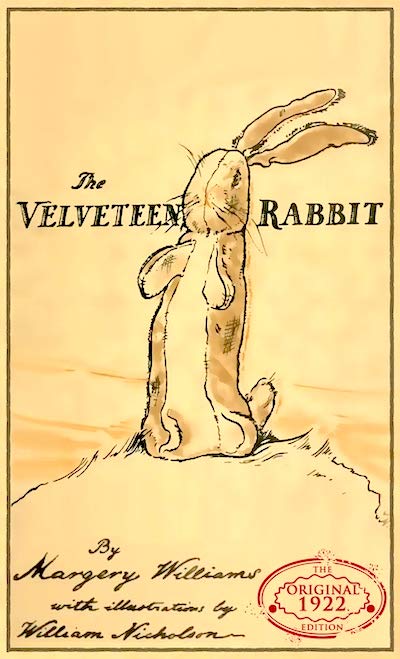 The Velveteen Rabbit was published in 1922. The children’s story was immediately successful and would become Margery’s most enduring work. In the story, the author creatively used Walter de la Mare’s literary concepts of miracles and wonders from a child’s perspective. This book has been adapted into numerous artistic works, including broadcast media, as well as children’s theatre.

In The Velveteen Rabbit, Margery Williams presented the tale of a young boy who received a toy rabbit as a Christmas gift. At first, the boy hardly cares for the gift, but gradually grows fond of the toy rabbit. He becomes so attached to the toy rabbit that it becomes “real” to him.

When the boy falls ill with scarlet fever, the family must burn the toy rabbit to prevent the illness from spreading. The toy is then turned into a real rabbit by a fairy. While critics sometimes suggested that the story is cloying and sentimental, generations of readers have embraced it as a parable on the power of love. 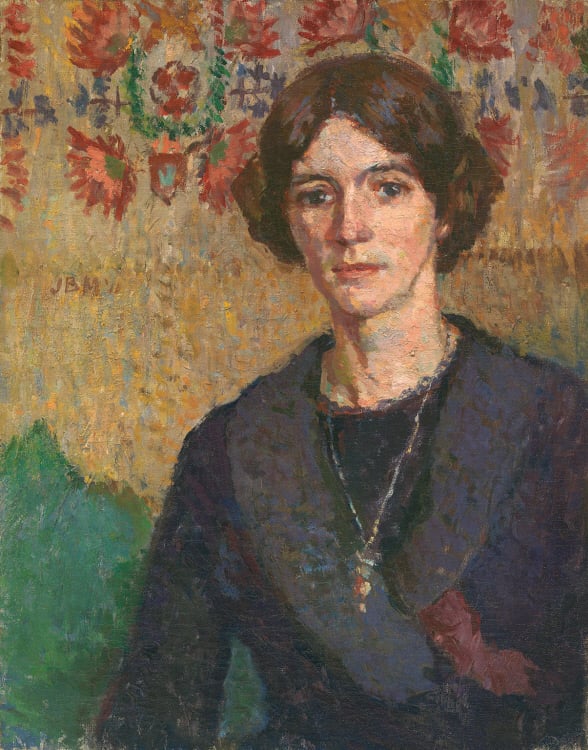 After the publication of The Velveteen Rabbit, Margery Williams continued to gain notice as an author of children’s books. Fascination with toys and the use of miracles proved to be ongoing themes in her work.

Later in her writing career, Margery William began writing young adult novels. In these works, she focused on young characters who were alienated or isolated from society and for whom joy and prosperity were elusive.

In 1937, Margery received the Newbery Medal for the young adult novel, Winterbound (1936). The story tells of two teenage girls who must become responsible for taking care of their family when their parents are suddenly called away. Other People’s Houses (1939 is the story of a girl who decides to earn a living in New York instead of pursuing further education.

In 1944, Forward Commandos!, Margery’s final book, was published. A departure from her customary subject matter, this novel features a male African American character. Following its publication, Margery William fell ill and died on September 4, 1944, after three days in the hospital.