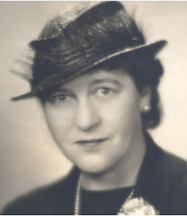 Born and raised in Chicago, Illinois, Margaret Ayer was the youngest of four siblings. From an early age, she was quite competitive and regularly had debates with her two older brothers and sisters. Intelligent and curious, she had an interest in theater and was an avid reader.

These interests led her to befriend Edward Sheldon, a playwright who would later encourage her to become a writer. Margaret and Sheldon had much in common and enjoyed discussing the literary merits of plays. Years later, Sheldon went on to begin his playwriting career in New York. The two remained friends and would later reconnect as Barnes began her literary career.

Margaret attended the Pennsylvania campus of Bryn Mawr College and was an outstanding member of her class. She graduated with a Bachelor of Arts in English and Philosophy in 1907. During her years at Bryn Mawr College, she was inspired to write about contemporary feminism due to a challenge from Carey Thomas.

Three years after receiving her first degree, she married Cecil Barnes, a prominent Chicago attorney, on May 21, 1910. The couple had three sons, Cecil Jr., Edward Larrabee, and Benjamin Ayer. Even as a mother and wife, she never let her domestic responsibilities take over her life.

When her sons grew up and attended boarding school, and later Harvard, she took up outdoor activities, including swimming and hiking. She also became more involved with theater. 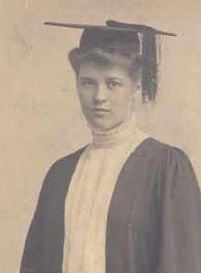 Margaret returned to Bryn Mawr College in 1920, this time to work, serving as alumnae director for three years. The position led to numerous speaking opportunities, and she used her platform in part to help organize the Bryn Mawr Summer School for Women Workers in Industry.

The school served as an alternative educational program for women workers and mainly served young, single, immigrant women with little to no educational background. The program, which offered courses in progressive education, liberal arts, and economics, helped build women’s confidence as speakers, writers, and leaders in the workplace. 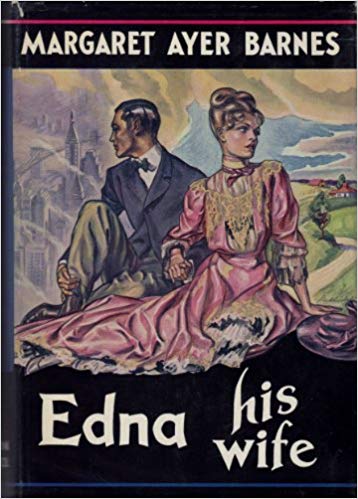 Stepping into theater while recovering from injury

In 1926, at the age of forty, Margaret’s life changed irrevocably. While vacationing in France, she was a passenger in a limousine that collided head-on with another car. She suffered a fractured skull, back, and three ribs.

Doctors predicted that she would be bedridden for the remainder of her life due to the multiple injuries, but she fought to resume the life she feared she may have lost. To keep herself occupied as she was healing, she started writing and developed a special interest in short stories.

While enduring a painful path to recovery, Margaret and Edward Sheldon’s paths crossed again. By this time, he was completely disabled with arthritis and on the brink of losing his eyesight. He still believed in her.

With the encouragement of her long-time friend, she realized her passion for theater and playwriting. They worked as a team to dramatize Edith Wharton’s novel The Age of Innocence (1920). The play was an instant success after it was produced in 1928, and it was in turn filmed in 1934.

Between the years of 1926 and 1930, she created many short stories and three plays. Together with Sheldon, she worked on a comedy titled Jenny and Dishonored Lady. The Age of Innocence and Jenny were performed more than a hundred times on Broadway, but Dishonored Lady was never staged.

That same year, there was a lawsuit against Metro-Goldwyn-Mayer for copyright infringement. The lawsuit claimed that the script MGM used for the motion picture Letty Lynton (1932) plagiarized material from the play Dishonored Lady by Edward Sheldon and Barnes.

Seven years later, the lawsuit was settled favorably for Barnes and Sheldon. As a result of the lawsuit, the film has remained unavailable. 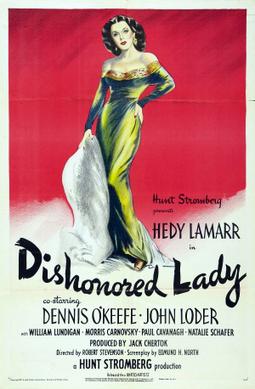 Margaret used a fictional approach to portray the social history of the upper-middle class during the Spanish-American War through the Great Depression. She illustrated places and people with great accuracy and tended towards conservative beliefs.

Years of Grace (1930) is a novel that reflects her views on economics. It allows readers to admire the benefits of having lived a dull, secure life and meeting old age with a sufficient money in the bank account and a beautifully furnished home.

William J. Stuckey argued that it’s difficult to view Margaret Ayer Barnes  as someone who pushes for conservatism when she writes on themes of feminism in all of her fiction works. Typical of synopses of the book upon its publication, the Wisconsin Daily Tribune summarized the book as follows in a brief write-up titled “Victorian Chicago — Before the Days of Gangsters,” dated August 16, 1930:

In Years of Grace, Margaret Ayer Barnes recalls the fabulous Chicago of the 1890s — the Chicago that was still an overgrown town, with an intimate, select social circle, and no black-browed booze runners to give it the sinister reputation it has acquired.

Her picture of Chicago society of those days is warm and entertaining, and makes the book stand out as a well-handled, worthwhile novel.

Mrs. Barnes pins this portrayal of a vanished era on her story of the life of Jane Ward, who spends her girlhood in Victorian Chicago, grows up to marry a Bostonian, experiences the pangs and tragedies that love usually brings when it strikes in middle age, and finally comes to adjust herself to the new era and the new generation which followed World War I.

Pulitzer for Years of Grace

In 1931, Margaret was awarded the Pulitzer Prize for Years of Grace. A widely syndicated announcement that appeared in numerous U.S. papers read:

Margaret Ayer Barnes, winner of the prize for the best novel, is the wife of Cecil Barnes, a Chicago lawyer, and the mother of three sons. During the past five years she also has written a book of short stories under the title “Prevailing Winds,” and three plays.

She began to write in 1926 while she was convalescing from serious injuries sustained in a motor accident in France. In a recent interview she was quoted as saying she lay flat on her back and wrote with paper on a plaster cast chest.

She later dramatized Edith Wharton’s Age of Innocence, produced in New York in 1928. Her plays, Jenny and Dishonored Lady, written in collaboration with Edward Sheldon were produced with Jane Cowl and Katherine Cornell in the name parts.

Mrs. Barnes was born in Chicago, where she still lives, on April 8, 1886. She graduated from Bryn Mawr College in 1907, and was married in 1910. She is a member of the Society of Midland Authors, the Dramatists’ Guild of the Authors’ League of America and the Fortnightly and Friday Clubs.

Her 1930 play written with Sheldon, Dishonored Lady, was made into a 1947 movie starring Hedy Lamarr, released by United Artists.

The legacy of Margaret Ayer Barnes

Margaret Ayer Barnes received an honorary degree in Doctor of Letters from Oglethorpe University in 1936.

She spent the remainder of her life in Cambridge, Massachusetts and died there on October 26, 1967. She once said that “the story of a life may be poignantly told in five thousand words, if the proper facts are emphasized and suppressed.”

Her son, Edward Larrabee Barnes (1915–2004) is remembered as a noted architect. Her older sister, Janet Ayer Fairbank (1878–1951), was a suffragette, a member of militant women’s organizations in the early twentieth century who fought for the right to vote in public elections. A niece, Janet Fairbank (1903–1947), was a well-known operatic singer. 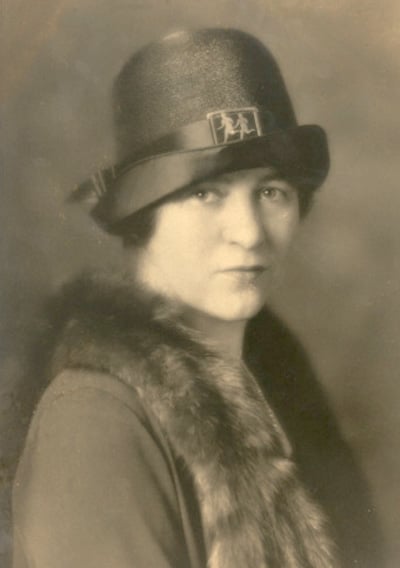