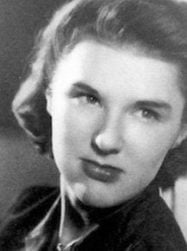 Grace Metalious (September 8, 1924 – February 25, 1964) was an American author best remembered for her sensational novel Peyton Place. It caused outrage in the 1950s, but went on to become one of the biggest selling books of all time.

Of French-Canadian ancestry, she was born Marie Grace De Repentigny in Manchester, New Hampshire. Her parents separated when she was ten years old.

At the age of eighteen she married George Metalious (1925-2015) who came from a Greek family. The couple had three children. After World War II army service, George became a teacher, but Grace wasn’t the perfect faculty wife and displayed rebellious tendencies.

Not your ideal mom

Grace freely admitted to being a lazy housewife and, to say the least, not a very good mother. More comfortable in denim jeans and shirts, she showed no interest in conforming to the 1950s ideal woman. “I did not like belonging to clubs,” she later wrote.

“I did not like being regarded as a freak because I spent time in front of a typewriter instead of a sink. And George did not like my not liking the things I was supposed to like.” After George returned home from the military he had an affair; Grace retaliated with an affair of her own.

In a 2006 profile in Vanity Fair, her lackadaisical approach to parenting was detailed: “During those years when George was getting his teaching degree at the University of New Hampshire under the G.I. Bill, Grace often locked her children out of the apartment so she could write, leaving her runny-nosed charges to fend for themselves in the cold by knocking on neighbors’ doors, asking to be let in.”

For Grace, writing was like breathing; she needed to do it to stay alive. For his part, her husband resented her need to write and blatant nonconformity. 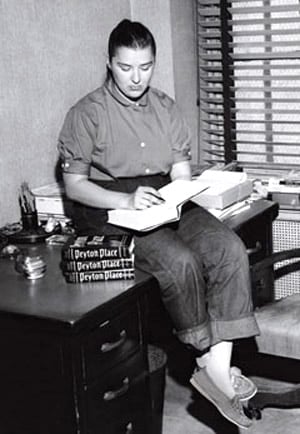 This may be the most iconic photo of the author

It was while living in Gilmanton, New Hampshire, where George was a principal that Grace read about a young girl who had murdered her father after he had sexually molested her.

This was her inspiration for the plot of a novel about the seedy underbelly of small town life. As her marriage disintegrated, she worked on The Tree and the Blossom, the novel that would be renamed Peyton Place by the astute editor who bought it.

When the book was published in the fall of 1956, the contents would blow the lid off the uptight 1950s, not just in America but internationally. Critics denounced it as wicked, nasty and squalid.

The fact it was a woman author who had dared to write frankly on topics like incest, murder, and abortion made it seem even more shocking. Between the serious and casual violence, there were plenty of steamy love scenes and secret trysts.

Many libraries and book stores refused to stock it and it was banned in several countries. This naturally made it even more popular. Well-thumbed copies were passed between friends and teenagers were eager to share its racy content. None of the shock or criticism kept it from becoming a huge bestseller.

Success for a book, the end of a marriage

The book’s massive success coincided with the end of Grace’s marriage and a tough time for her children who were taunted and shunned. Locals were outraged at what they perceived as having their dirty linen aired in public. Grace made statements to interviewers like: “Everybody who lives in town knows that’s going on. There are no secrets, but they don’t want outsiders to know,” and “To a tourist these towns look as peaceful as a picture postcard, but if you go beneath that picture … all kinds of strange things crawl out.”

The publicity wagon and the glamorous lure of Hollywood added to the toll on Grace’s health and stability. She became dependent on alcohol and lived an increasingly extravagant lifestyle. A second marriage to her manager T.J. Martin foundered and she struggled with her sequel Return to Peyton Place (1959) which was reputedly finished by a ghost-writer.

The Tight White Collar (1960) and No Adam in Eden (1963) failed to have the same impact, though they have been the subjects of contemporary reconsideration. 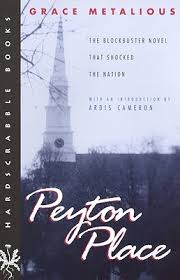 The original movie Peyton Place (1957) starred Lana Turner and Hope Lange. A TV series Peyton Place ran from 1964 to 1969 and was the springboard for a number of actors including Ryan O’Neal and Mia Farrow. Return to Peyton Place (1961) was directed by Jose Ferrer and its stars included Jeff Chandler, Carol Lynley and Tuesday Weld.

Once when asked if Peyton Place would stand the test of time, Grace said she didn’t think so, but as the structure of society has changed so has the way people now look at her work. Her novels now feature in feminist studies in many universities and today Peyton Place is considered a major landmark in literature that reflects small town America in the 1950s.

In spite of a short-lived reconciliation with her first husband George, Grace continued on her destructive path. She began an affair with a British journalist, John Rees, and made a new will leaving him her whole estate shortly before she was rushed to hospital in Boston.

There she died from cirrhosis of the liver on February 25, 1964. She was only thirty-nine years old. Her children subsequently successful challenged the will, but there was little left to distribute. 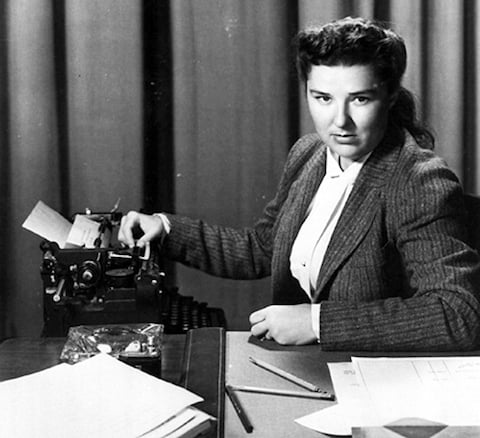 The legacy of Peyton Place

For a thorough look at Grace Matalious’s fraught life and career, see this 2013 profile in New Hampshire Magazine, 50 Shades of Grace. This piece describes the lasting legacy of Peyton Place:

“A reporter once asked Grace if she thought Peyton Place would last. She said, ‘Oh no, I don’t think so.’ She was wrong. Time and significant changes in American social structure are placing Peyton Place in a new perspective. After more than 50 years the book is getting another look, and Grace is being seen as a woman who might have been ahead of her time.

Grace and her novels, including The Tight White Collar and No Adam In Eden, are part of women’s study programs in some pretty lofty universities.

Serious studies of Peyton Place are being published. The novel is taking its place as one in a pantheon of other novels about small-town life, such as Sinclair Lewis’s Main Street and Sherwood Anderson’s Winesburg, Ohio.

This biography was contributed by Regina Arbeia, who blogs at The History Bucket.