Dawn Powell, Author of A Time to Be Born 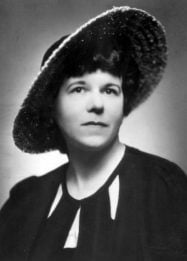 She is sometimes considered a “writer’s writer,” though sadly, nearly all of her work was out of print by the time she died. She didn’t gain much notoriety — for better or worse — during her lifetime, but many of her works have been rediscovered and rereleased, much to the joy of devoted fans and new readers alike.

Born in Mount Gilead, Ohio, Powell started her life in a small American town, a setting that she would often use in her early writings. Her novels were replete with social satire and laced with wit.

A rocky start to life

When Powell was seven years old, her mother passed away. For a time, she moved around rural Ohio with her father and sisters, but eventually her father remarried and settled down.

Unfortunately, her stepmother was cruel, causing Powell to run away and take refuge with an aunt who lived in Shelby, Ohio. The choice was fortuitous, leading her to finish high school and go on to attend Lake Erie College for Women where her work was first published in the college quarterly. Not only was she a contributor, she was also the editor of the paper.

After completing college in 1918, Powell decided to move to New York City. Despite her upbringing in small midwestern towns, Powell soon found that New York City was the place she knew as home. She often wrote about how much she loved the city, both in her diaries and her public works, and it became the backdrop for many of her later satirical writings.

Her first published novel, Whither (1925), was the story of a Midwesterner moving to New York City, a theme familiar to her. She eventually disavowed the novel, instead claiming that She Walks in Beauty (1928) was her first novel.

Powell’s first eight novels involved Ohio, but her later works were almost exclusively set in New York, especially her beloved bohemian home of Greenwich Village. She had moved there in 1924 and spent the remainder of her life in that location. This was clearly a place that suited her well.

In one diary entry she perfectly described what she loved about her home, “where all night long typewriters click, people sing in the streets, hurdy-gurdies go all day, and the laundry boy reads Turgenev.” Many of the Greenwich Village landmarks described in her writings are still there today. 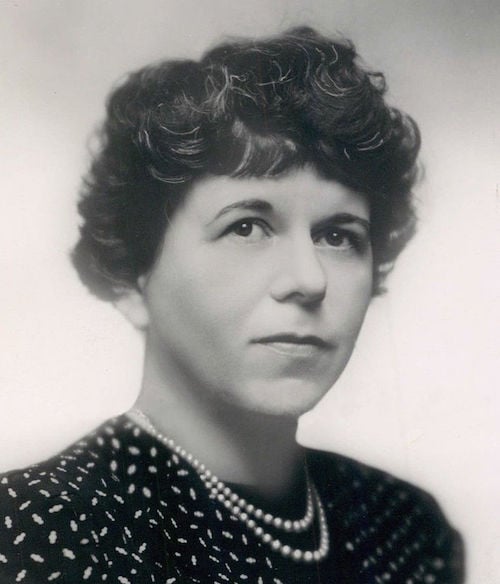 Powell experienced many ups and downs throughout her life. Two years after moving to the big city, she married Joseph Gousha, a poet who worked in advertising.

The following year she gave birth to her only child, a son named Joseph Gousha Jr. whom they called Jojo. Sadly, Jojo was handicapped; it is suspected that he had a severe form of autism, resulting in his being difficult to control and sometimes violent.

At one point Jojo attacked Powell, causing so much damage that she had to spend more than two weeks in the hospital.

At times money was scarce and since she didn’t make enough money from her publishing efforts to live on, Powell worked at other jobs to help support her family. This included freelance writing, reviewing books, working as an extra in silent films, and even contributing to Hollywood screenplays.

She also experienced the struggles of substance abuse and marital strife. Despite all of this, she continued to be a prolific writer, eventually producing sixteen novels, ten plays, and more than one hundred short stories in all.

The edges of fame

Despite Powell’s lack of commercial success during her lifetime, she was critically acclaimed and well loved by her peers. In one of her many journal entries, she mentions receiving a letter from Ernest Hemingway, stating that she was his favorite living writer. She recorded that she found the notion “cheering.”

It has been speculated that the reason for her lack of general popularity could be attributed to her caustic wit and sometimes harsh satiric tone, but this didn’t hinder her from receiving the 1964 Marjorie Peabody Waite Award from the National Institute of Arts and Letters.

Perhaps her style was simply ahead of her time, because it wasn’t until more than twenty years after her death that her work really began to gain more traction. 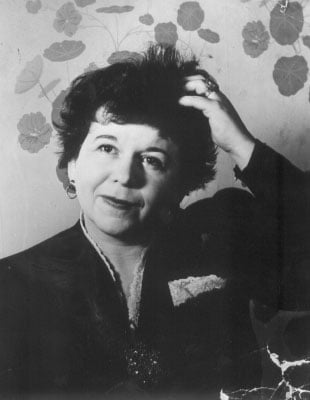 At the time of her death in 1965 nearly all of Dawn Powell’s works were out of print, but not completely lost to history. In 1987, Gore Vidal, another satirical and witty American author who had known Powell briefly, wrote an essay for the New Yorker bespeaking Powell’s genius.

Little did Vidal know the impact his essay would have. It was eventually read by a fellow writer named Tim Page, who would eventually become Powell’s most important modern champion.

Page spent years researching Powell’s life and works, even going so far as to fight a legal battle with the Powell estate, resulting in the release Powell’s private papers and diaries. Thanks to Page’s efforts, much of Powell’s work has been rediscovered and published, some of it for the first time.

Still, even with her rediscovered talents, she has been a tough sell, as described in a 2012 New Yorker article, “Dawn Powell’s Masterful Gossip: Why Won’t it Sell?” It summed up her strengths, in brief:

“In her novels, Powell turned her perceptive talents to social satire. A Time To Be Born, from 1942, a thinly veiled sendup of the society couple Henry and Clare Booth Luce and her biggest commercial success, contained a characteristically smart link between modern fashion and a growing social anxiety.”

She was in the right company — her editor was the famed Maxwell Perkins, and she befriended the New York literati. She knew Dorothy Parker, James Thurber, and John Dos Passos, among others; and yet, always struggled to gain traction. 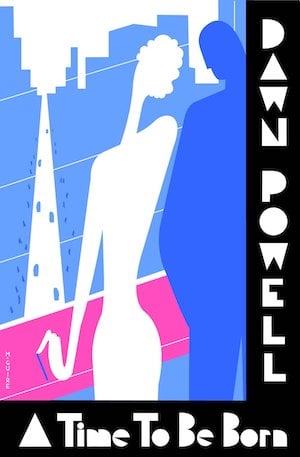 More of Powell’s work yet to be discovered

Even with all of Page’s work to revitalize public knowledge of Dawn Powell’s works and legacy, there’s still work to be done. Many modern readers have yet to enjoy the comical and moving writings of this unique American author. With her vivid descriptions and no-holds-barred style of communicating the universal stories of life, Powell is a powerful author that shouldn’t be missed.

Dawn Powell died of colon cancer in 1965 in New York City. She was 69 years old.