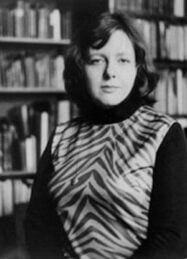 Brigid Brophy (June 12, 1929 – August 7, 1995) was a British novelist, cultural commentator, and essayist. She was also a keen activist for animal rights and a leading campaigner for social issues including LGBT rights, prison reform, divorce reform, and equity for authors.

She was the prolific author of novels and nonfiction works, including essays and commentary, many of which espoused her social stances. Her activism has had a lasting impact, and her books are still being read and studied.

Brigid Antonia Brophy was born in London. Her father was the Irish novelist John Brophy; her mother, Charis Grundy, was a teacher. Their first child died in infancy, so Brigid grew up as an only child.

She was particularly close to her father, and often referred to her Irish roots in her writing and life. In the essay “Am I an Irishwoman,” (1965) she wrote:

According to her daughter, Kate Levey, “Brigid wrote of her infancy that it was ‘lapped about with Irishness, with framed reproductions of paintings of Irish mountains on the walls and books about turf-cutters’ donkeys on my bookshelves.’”

Brigid Brophy’s mother was a devout member of the Church of England, and her father was a lapsed Protestant. She once described herself and her father as “natural, logical, and happy atheists.” She remained an atheist all her life and would later argue against faith schools and compulsory religious education, saying that both were “unjustifiable”.

An early passion for reading and writing

Brophy’s father taught her to read and write from an early age, first introducing her to William Shakespeare, George Bernard Shaw, and John Milton. She spent time in several different schools, including the Abbey School in Reading, St. Paul’s Girls’ School, Camberwell School for Arts and a secretarial school.

She received a scholarship to St Hugh’s College, Oxford and lasted four terms reading Classics before being effectively expelled for ‘indiscretions’: in her own words, she:

“… acted in the belief that I had more to learn by pursuing my personal life than from textual emendation, with the result that the authorities could put up with me for only just over a year: I came down at the age of 19 without a degree and with a consequent sense of nudity which I have never quite overcome.”

She always refused to elaborate on what the ‘indiscretions’ might have been, saying that “I won’t risk reliving the distress I suffered.”

Brophy took a variety of clerical jobs before turning to writing. A volume of short stories titled The Crown Princess was published in 1953, just prior to her first novel, Hackenfeller’s Ape. The latter won the Cheltenham Literary Festival Prize for a first novel, and which centered on the ethics of sending a captive ape, Percy, into space. 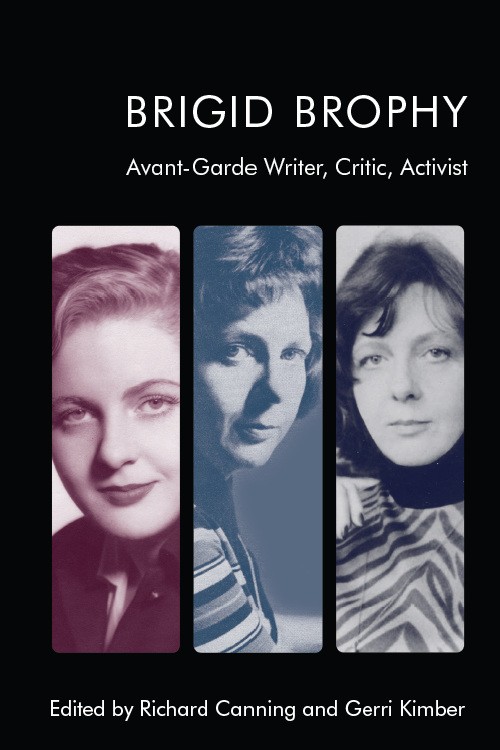 Brophy met Michael Levey, an art historian and later director of the National Gallery in 1953, and the couple married in 1954. It was a happy marriage, in which both parties felt creatively inspired and supported. It was also unconventional enough to accommodate Brophy’s long affair with the novelist Iris Murdoch, and their joint distrust of the institution of marriage itself.

Brophy wrote of the ‘immorality’ of marriage and railed against the social expectation for young girls to marry, saying that society “imposed monogamy on those who have not chosen it.” Brophy and Levey had one daughter, Kate, in 1957.

The relationship between Murdoch and Brophy, which also began in 1954, was also one of the most important of Brophy’s life. The two met at the Cheltenham Festival prize awards, at which Murdoch came second to Brophy. The two quickly became close.

Murdoch’s biographer Peter Conradi wrote that “the friendship grew when the Leveys visited the Bayleys [Murdoch and her husband John Bayley] at Steeple Aston, and Murdoch saw both in London; for years Brophy and Murdoch would go away for a weekend break. Neither husband felt excluded…”

Murdoch’s husband, John Bayley, was also aware of her extramarital affairs, although she kept the details secret. During the years of their relationship, Murdoch wrote a thousand or more letters to Brophy, some of which are collected in the book Living on Paper: Letters from Iris Murdoch 1934-1995.

Brophy’s letters to Murdoch, however, do not survive. The relationship eventually broke down in 1967 over Murdoch’s refusal to commit to it on a long-term basis. Brophy later had a more stable extra-marital relationship with the writer Maureen Duffy, which ended in 1979. 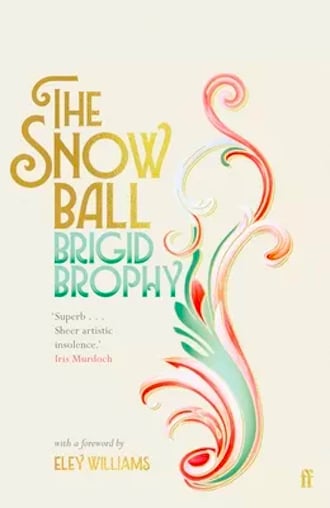 Brophy’s writing covered a broad range including fiction, non-fiction, criticism, and biography, and even her topics for her fiction were wildly disparate.

The most accessible novel (and the most autobiographical) is arguably The King of a Rainy Country (1956), which tells the story of Susan, a young woman who lives in post-war London, and her friend Neale — a friend who turns out to have fewer benefits than might be assumed at the start.

In contrast, the experimental 1969 novel Transit is slippery and hard to grasp, as the central character, Pat O’Rooley, becomes stuck “in transit” at an airport. It plays with narrative parodies and is full of puns and witty mischief. Lost in a kind of liminal space, O’Rooley begins to forget who and what they are, even their gender, and the only footing both O’Rooley and the reader have are short interactions with other characters. It was probably Brophy’s most overtly political novel, and challenges both gender stereotypes and the capitalist, patriarchal system that holds them in place.

Brophy was deeply influenced in her writing by Sigmund Freud, George Bernard Shaw, and Mozart. Mozart the Dramatist (1964) is her analysis of the dramatic themes in Mozart’s work, and her novel The Snow Ball, published the same year, takes the opera Don Giovanni as its main theme (Irish Murdoch described the novel as “sheer artistic insolence”).

Brophy never shied away from forthright or unpopular opinions in her writing. In 1967, together with her husband and Charles Osborne, she wrote Fifty Works of English and American Literature We Could Do Without. The book caused a storm of controversy and was widely criticized on both sides of the Atlantic. It did, however, result in several universities updating their reading lists to include more contemporary fiction.

Brophy’s activism was a major part of her life, and The Times later noted that she was “devoted … wholeheartedly to the role of public crusader.” She was a passionate vegetarian at a time when it was considered “cranky,” was outspoken in her defense of animal rights. She campaigned fiercely against vivisection and blood sports.

She also argued against the Vietnam War, and was a devoted advocate of LGBT rights, demanding equal marriage rights for gay couples shortly after homosexuality was legalized in Britain in 1967.

In 1972, together with her husband Michael Levey, Brophy formed the Writer’s Action Group to campaign for Public Lending Right, by which authors would be paid a small amount from central government funds each time their books were borrowed from public libraries. PLR was accepted into law in 1979, despite several delays, and the first payments were made in 1984. The system still benefits authors today (40 years on). 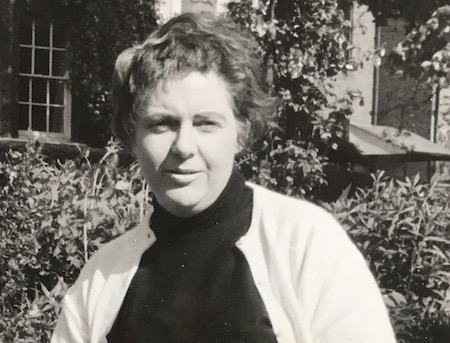 In 1983 Brophy was diagnosed with multiple sclerosis, which eventually left her in a wheelchair. Her collection of nonfiction, Baroque-n-Roll (1987), included an account of her illness:

“The chief curse of this illness is that I must ask constant service of the people I love most closely … Its sporadicness destroys the empiricism by which normal people proceed without noticing they are doing so … I have in part died in advance of the total event.”

Her husband stepped down from his role as director of the National Gallery to care for Brophy, and when she was placed in a care home in Lincolnshire, he moved from London to be with her. She died at the care home in August 1995, at the age of sixty-six.

Brophy’s activism has had a lasting impact. She has been credited with igniting the modern animal rights movement, and the Public Lending Right Bill is still in force, ensuring that writers are paid whenever their books are read.

There has been a resurgence of interest in Brophy’s writing, with numerous academic analyses of her work. In 2015, a Brophy conference was held at the University of Northampton. Some of her writings have been brought back into print, and her work is increasingly studied on university courses.

Contributed by Elodie Barnes. Elodie is a writer and editor with a serious case of wanderlust. Her short fiction has been widely published online and is included in the Best Small Fictions 2022 Anthology published by Sonder Press. She is Books & Creative Writing Editor at Lucy Writers Platform, she is also co-facilitating What the Water Gave Us, an Arts Council England-funded anthology of emerging women writers from migrant backgrounds. She is currently working on a collection of short stories, and when not writing can usually be found planning the next trip abroad, or daydreaming her way back to 1920s Paris. Find her online at  Elodie Rose Barnes.

In addition to the works listed above, Brophy also wrote plays and a children’s book, and contributed essays to a number of publications.