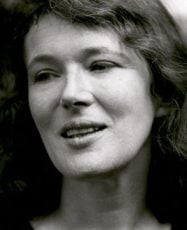 Angela Carter (May 7, 1940– February 16, 1992), born Angela Olive Stalker, was an English novelist, short story writer, and journalist. Born in Eastbourne, England, she is considered one of Britain’s most original writers for her eclectic range of themes and genres.

Her varied influences included fairy tales, gothic fantasy, Shakespeare, Surrealism, and the cinema of Godard and Fellini. Her work breaks taboo, often being labeled provocative. She was also a strong believer in women having control over their own narrative.

Carter is perhaps best known for The Bloody Chamber (1979), a sort of re-envisioned imagining of the classic European fairy tales.

Carter was born to a journalist father, Hugh Alexander Stalker, and mother, Olive, who worked as a cashier at a local grocery store.

Both parents spoiled her to no end. She was gifted with treats, kittens, and storybooks. Her mother never put her to bed until after midnight, when her father got back from work. Her father brought her long rolls of white paper from his office, and while her parents chatted she wrote stories in crayon.

She spent much of her childhood with her grandmother in Yorkshire, where she was sent to escape the dangerous wartime bombings. After the war, she attended school in Balham, South London. Here she frequently went on trips with her father to the Granada Cinema in Tooting, which started her lifelong love of the cinema and film.

After leaving school she worked at the Croydon Advertiser for a short time, before she joined her soon-to-be husband Paul Carter in 1960. After her marriage, she moved to Bristol where she studied English with a specialization in medieval literature at Bristol University.

Carter divorced in 1974 due to Paul’s numerous battles with depression. Soon after, she settled back in south London again and got together with Mark Pearce. In 1983, she had a son named Alexander with Pearce.

In the late 1970s and 80s, Carter taught at a number of universities; including Sheffield and East Anglia in Britain, Brown University in the U.S., and the University of Adelaide in Australia. 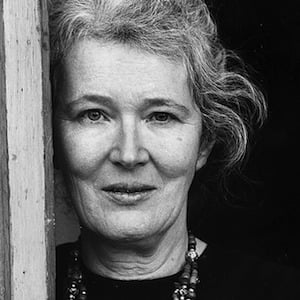 Carter published over two dozen pieces of literature in her lifetime. Her first novel, Shadow Dance, was published in 1966 and introduced Carter’s most enigmatic characters, Honeybuzzard.

After the publication of this novel, she was immediately recognized as one of Britain’s most original writers. The novel tells the tale of seducing and tormenting lovers, enemies, and friends in the back-streets of London, leaving behind a trail of broken hearts, dashed hopes, and destruction.

Her second novel, The Magic Toyshop, followed shortly after in 1967. And her third, Several Perceptions, was published in 1968. She won the Somerset Maugham award for these two, which followed themes of gothic fantasy and horror, touched with the libertine energy of the 1960s.

A prolific output of novels, short stories, and journalism

Carter went on to publish six more novels, four collections of short stories, a book of essays, two collections of journalism, and a volume of radio plays.

A condition of the Somerset Maugham award was that it was to be used for foreign travel. And so in 1969, Carter traveled to Japan, where she immersed herself in the Japanese culture. She wrote some of her most powerful essays during her time in Japan.

Her experiences in Japan inspired her collection of semi-autobiographical short stories such as Fireworks, Heroes and Villains, The Infernal Desire Machines of Doctor Hoffman, and The Passion of New Eve.

Her novel, Nights at the Circus, won the James Tait Black Memorial Prize. In 2012 that novel was declared the best book to have ever been awarded that prize. 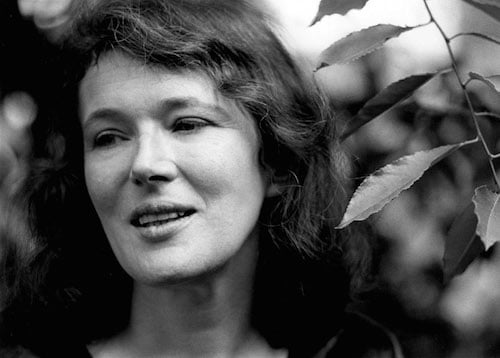 Life after death: The legacy of Angela Carter

Angela Carter died at home in 1992 after her battle with lung cancer. After her untimely death at age fifty-one, there was a notable increase of interest in her work. There was a rapid increase in sales of her books and her stage adaptations of her work both in Britain and abroad.

Carter quickly became one of the most widely taught and researched writers in all of British fiction. Her writing has been described as occupying a unique place in twentieth-century fiction — one where myths about sexuality and gender are proven wrong, and where there’s no limit to the human imagination.

In 2008, The Times of London ranked Carter tenth on their list of the 50 greatest British writers since 1945. 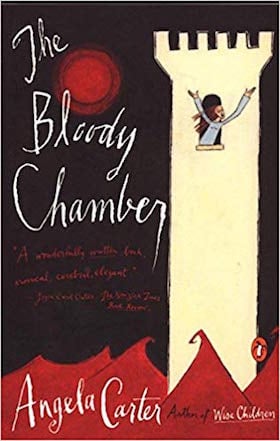 Major works
Though Angela Carter was only fifty-one when she died, she left a large body of work. In addition to the novels, short stories, and nonfiction listed below, she also published three collections of poems, several plays and screenplays, and four children’s books. For a compete listing of her works, see this section of her Wikipedia page.