The Four Difficulties of Becoming a Writer by Dorothea Brande 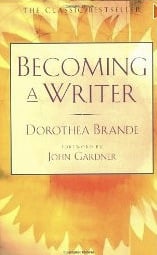 The Four Difficuties of Becoming A Writer is a segment excerpted from Becoming a Writer by Dorothea Brande (1934), proving that good writing advice is timeless.

Note from Literary Ladies:  For the most part, Brande used the gendered pronoun he/him/his in the original essay unless specifically referring to a female, as was the style of the time. Literary Ladies has changed those to female pronouns. Since the majority of our audience is female, it rings more relatable to the ear of our readers. I hope that Ms. Brande, may she rest in peace, will understand. And now, the excerpt by Dorothea Brande:

There is a sort of writer’s magic. There is a procedure which many an author has come upon by happy accident or has worked out for herself which can, in part, be taught.

To be ready to learn it you will have to go by a rather roundabout way, first considering the main difficulties which you will meet, then embarking on simple, but stringently self-enforced exercises to overcome those difficulties.

Last of all you must have faith, or the curiosity, to take one odd piece of advice which will be unlike any of the exhortations that have come your way in classrooms or in textbooks.

In my experience four difficulties have turned up again and again. I am consulted about them far oftener than I am asked for help in story structure or character delineation.

I suspect that every teacher hears the same complaints, but that, being seldom a practicing author, he tends to dismiss them as out of her field, or to see in them evidence that the troubled student has not the true vocation.

Yet it is the very pupils who are most obviously gifted who suffer from these disabilities, and the more sensitively organized they are the higher the hazard seems to them.

Your embryo journalist or hack writer seldom asks for help of any sort; she is off after agents and editors while her more serious brother-in-arms is suffering the torments of the damned because of her insufficiencies. Yet instruction in writing is oftenest aimed at the oblivious tradesman of fiction, and the troubles of the artist are dismissed or overlooked.

The difficulty of writing at all

First there is the difficulty of writing at all. The full, abundant flow that must be established if the writer is to be heard from simply will not begin.

The stupid conclusion that if she cannot write easily he has mistaken her career is sheer nonsense. There are a dozen reasons for the difficulty which should be canvassed before the teacher is entitled to say that he can see no signs of hope for this pupil. It may be that the root of the trouble is youth and humility.

Sometimes it is self-consciousness that stems the flow. Often it is the result of misapprehensions about writing, or it arises from an embarrassment of scruples; the beginner may be waiting for the divine fire which she has heard to glow unmistakably, and may believe that it can only be lighted by a fortuitous spark from above.

The particular point to be noted just here is that this difficulty is anterior to any problems about story structure or plot building, and that unless the writer can be helped past it there is very likely to be no need for technical instruction at all.

Second, and far more often than the layman would believe, there is the writer who has had an early success but is unable to repeat it. Here again there is a cant explanation which is offered whenever this difficulty is met: this type of writer, we are assured, is a “one-book author”; she has written a fragment of autobiography, has unburdened herself of her animus against her parents and her background, and, being relieved, cannot repeat her tour de force.

But obviously she does not consider herself a one-book author, or we should hear nothing more from her. Moreover, all fiction is, in the sense used here, autobiographical, and yet there are fortunate authors who go on shaping, recombining, and objectifying the items of their experience into a long series of satisfactory books or stories.

No; she is right in considering the sudden stoppage of her gift a morbid symptom, and right, usually, in thinking it can be relieved.

It is evident, if this writer had a deserved success, that she already knows something, presumably a great deal, of the technical end of her art. Her trouble is not there, and, except by happy accident, no amount of counsel and advice about technique will break her deadlock.

She is, in some ways, more fortunate than the beginner who cannot learn to write fluently, for at least she has given evidence of her ability to set down words in impressive order. But her first impatience at being unable to repeat her success can pass into discouragement and go on to actual despair; and an excellent author may be lost in consequence. 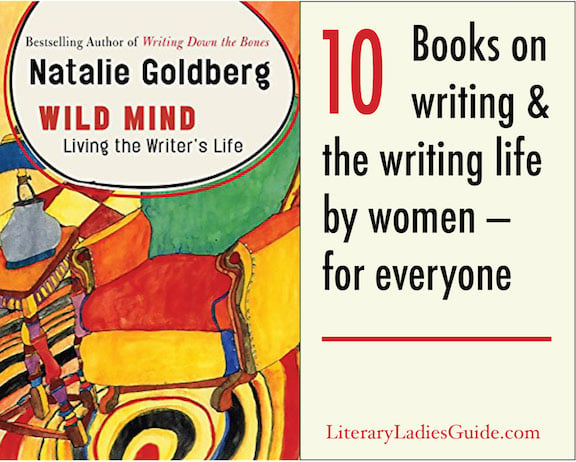 The third difficulty is a sort of combination of the first two: there are writers who can, at wearisomely long intervals, write with great effectiveness. I have had a pupil whose output was one excellent short story each year—hardly enough to satisfy either body or spirit.

The sterile periods were torture to her; the world, till she could write again, a desert waste. Each time she found herself unable to work she was certain she would never repeat her success, and, on first acquaintance, she very nearly persuaded me of it. But when the cycle was lived through from start to finish, she always wrote again, and wrote well.

Here again, no technical instruction can touch the difficulty. Those who suffer from these silences in which not one idea seems to arise, not one sentence to come irresistibly to the mind’s surface, may write like artists and craftsmen when they have once broken the spell. The teacher-consultant must form a definite idea of the root of the trouble and give counsel accordingly. It may be, again that some notion of waiting for the lightning of inspiration to strike is behind the matter.

Often it is the result of such ideals of perfection as can hardly bear the light of day. Sometimes, but rarely, a kind of touchy vanity is at work, which will not risk any rebuff and so will not allow anything to be undertaken which is not assured in advance of acceptance.

The fourth difficulty actually has a technical aspect: it is the inability to carry a story, vividly but imperfectly apprehended to a successful conclusion. Writers who complain of this are often able to start a story well, but find it out of control after a few pages. Or they write a good story so dryly and sparely that all its virtues are lost. Occasionally they can motivate their central action adequately, and the story carries no conviction.

It is quite true that those who find themselves in this pass can be greatly helped by learning about structure, about the various forms which the story may take, of the innocuous “tricks of the trade” which will help a story over the stile.

But even here the real difficulty has set in long before the story form is in question. The author has not the self-confidence necessary to present her idea well, or she is too inexperienced to know how her characters would act in real life, or is too shy to write as fully and emotionally as he needs to write if her story is to come to life.

The writer who turns out one weak, embarrassed, or abruptly told story after another obviously needs something more than to have her individual manuscripts criticized for her. As soon as possible she must learn to trust her own feeling for the story and to relax in the telling, until she has learned to use the sure, deft stroke of the man who is master of her medium.

So even this dilemma comes down, after all, to being a trouble in the writer’s personality rather than a defect in her personal equipment.

If these are the difficulties, then we must try to cure them where they arise—in the life and attitudes and habits, in the very character itself.

After you have begun to see what it is to be a writer, after you learn how the artist functions and also learn to act in the same way, after you have arranged your affairs and your relations so that they help you instead of hinder you on your way toward the goal you have chosen, those books on your shelves o the technique of fiction, or those others which set up models of prose style and story structure for emulation, will look quite different to you, and be infinitely more helpful.

Dorothea Brande (1893 – 1948) was a writer and editor based in New York. Becoming a Writer* is considered a classic guide to writing. Published in 1934, it is still in print.

*This is an Amazon Affiliate link. If the product is purchased by linking through this review, VegKitchen receives a modest commission, which helps maintain our site and helps it to continue growing!