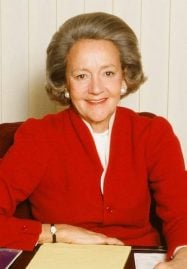 Katharine Graham (June 16, 1917 – July 17, 2001) is best remembered for her role as publisher and CEO of The Washington Post. She oversaw the newspaper’s involvement in the Pentagon Papers controversy and its investigation of the Watergate scandal that led to President Nixon’s resignation in late 1974.

Born in New York City, Katharine Meyer was one of five children raised in a family of great wealth. Her father, Eugene Meyer, was a multimillionaire and businessman who was  Chairman of the U.S. Federal Reserve from 1930 – 1933. Her mother, Agnes Ernst Meyer, was a politically active educator.

Eugene Meyer left his work in private business and government service to buy and revive The Washington Post in 1933 when the paper was being sold at a bankruptcy sale. He worked to improve the newspaper and in time, it became known for its precise editorial quality and independent reporting. Agnes Meyer was involved in politics and welfare work and maintained social relationships with powerful men, including Thomas Mann (the German novelist and philanthropist) and Adlai Stevenson, the lawyer and politician. 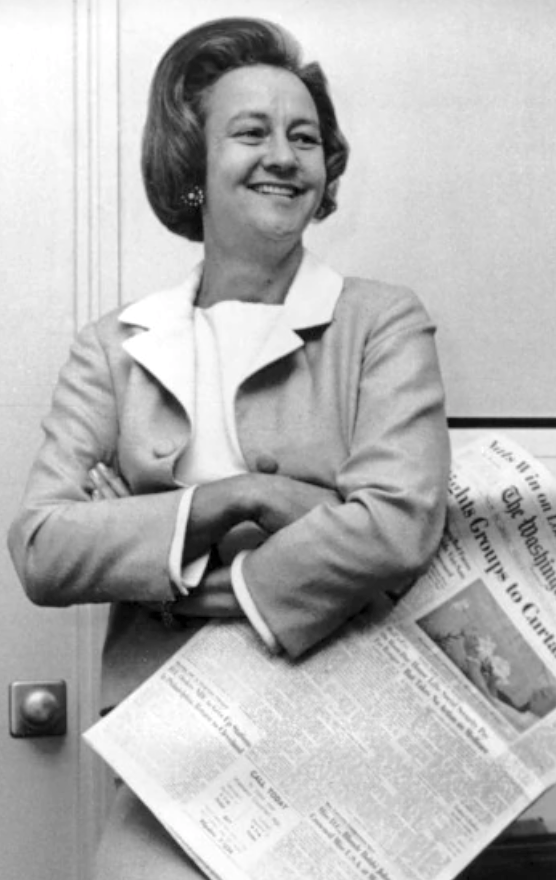 Katharine attended Vassar College in Poughkeepsie, New York from 1932 to 1936, and graduated from the University of Chicago in 1938. She briefly worked as a reporter for the San Francisco News before joining her father at the Washington Post. She began an editorial staff member and worked in circulation departments in the daily paper as well as the weekend supplement, the Sunday Post.

In 1940, Katharine married Philip Graham, a lawyer who clerked for Felix Frankfurter, the Supreme Court justice. Eugene Meyer made his son-in-law publisher of the Washington Post in 1946.

Katharine didn’t object, and as a product of her time, quietly assumed the role of wife and mother. The couple had four children: Elizabeth Weymouth, Donald, William, and Stephen Graham. She sacrificed her career in journalism to be able to raise her children.

Katharine and Philip Graham bought the voting stock of the corporation from Graham’s father in 1948, allowing them to vote on important decisions regarding the corporation’s operations.

Busy with her children, Katharine continued to stay away from the mass media corporation while her husband ran the Post. It was an intensely competitive time in the news business, and under Philip Graham’s authority, The Washington Post bought Newsweek in 1961 to expand its coverage overseas. 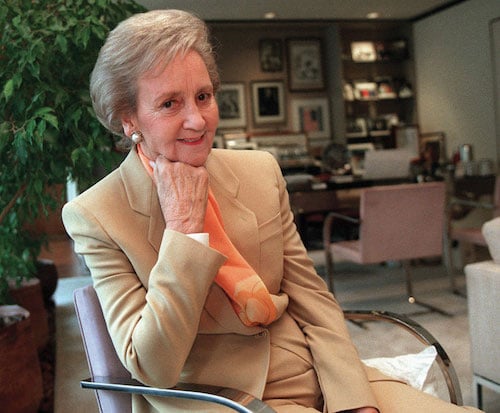 Philip Graham struggled with alcoholism and mental illness throughout the marriage. After he  committed suicide in 1963, Katharine had to assume the position as de facto publisher of the Washington Post Company. She continued to bolster the newspaper’s prestige and eventually took over as the official Publisher and Chief Executive Officer, becoming the first woman CEO of a Fortune 500 Company.

She remained in that position until 1979, when her son, Donald Graham assumed it. Donald Graham is currently chairman and chief executive officer of the board of the Washington Post Company. 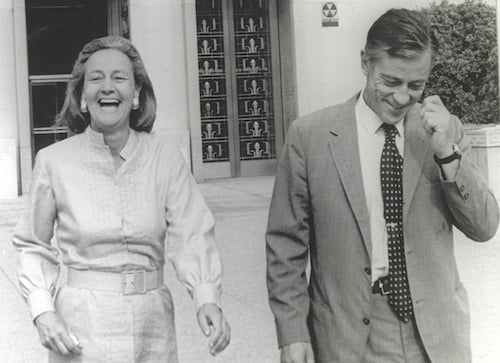 Watergate and the Pentagon Papers

One of the most exemplary cases of investigative journalism is the famed Watergate scandal that started brewing in the summer of 1972. Eventually, this would lead to Nixon’s resignation in 1974.

With the help of executive director Ben Bradlee, appointed in 1968, Katharine Graham oversaw the risky investigation that exposed the massive cover-up Nixon plotted by publishing excerpts of a top-secret Department of Defense report on June 18, 1971.

After Daniel Ellsburg leaked information about the American military and political involvement in the war with Vietnam (which came to be known as The Pentagon Papers) to the New York Times in 1971, Nixon was caught abusing his presidential powers and sought to destroy Ellsburg’s career.

When Nixon was found guilty of secretly taping his White House meetings, it was determined that he used his aides to cover up burglaries and other nefarious activities. This infamous case led to a new wave of journalism that questioned authority, introduced a new way of conducting news professionalism, and demonstrated the need for investigative journalism to speak truth to power.

The investigation not only led to Nixon’s resignation but also earned The Washington Post a Pulitzer Prize in 1973 for its groundbreaking work. 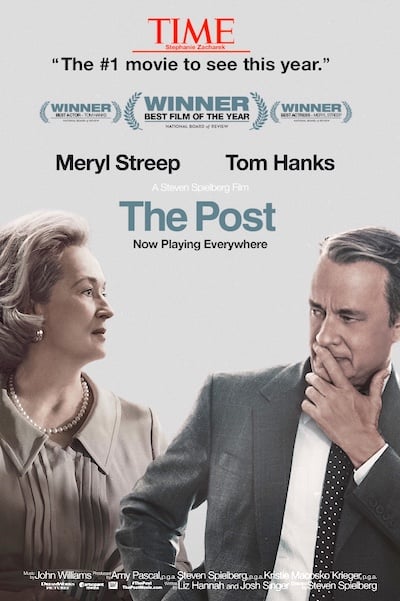 The 2017 film, The Post, depicts the Washington Post’s long battle to publish the Pentagon Papers, top-secret documentation about the U.S involvement in the Vietnam War.  It also depicted the newspaper’s struggle to obtain sources that their competitors didn’t have access to.

The Post showcases how Katharine Graham (Meryl Streep), Ben Bradlee (Tom Hanks), and others risked their careers to expose the truth. In the course of the film, Katharine Graham’s lack of experience in publishing as well as lack of self-confidence came through. She was constantly overruled by her male counterparts, including her editor-in-chief  and financial advisors.

But she was determined not only to learn about the newspaper business and to do the right thing, which is why she has become a feminist icon.

Katharine Graham overcame her fears rose to the challenges and complications of running a newspaper business and became a role model for women who would follow in that profession. The Washington Post’s dedication to excellent journalism, led by Katharine Graham, continues to inspire journalists around the world.