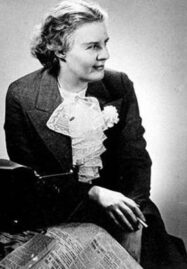 Dorothy Thompson (1893 – 1961) used her charm, wit, sense of adventure, and strong work ethic to create an incredibly illustrious career in journalism. Born in Lancaster, Pennsylvania, she studied politics and economics at Syracuse University.

>After completing her degree in 1914, a rarity for a woman in her time, she felt an obligation to contribute to the public good. Her cause of choice was the women’s women’s suffrage movement. After women won the right to vote in 1920, she moved to Europe to pursue journalism and became one of America’s first foreign correspondents.

In her heyday, she reported from across the European continent and at the same time enjoyed a fabulous social life. Her circle of friends included many writers and artists as well as some of the most notable journalists in the field.

By the time she had returned to the U.S. in the 1930s Dorothy had become one of the most trusted of American journalists. Her “On the Record” column in the New York Tribune was syndicated, and had a readership of more than ten million.

She also wrote a column, from 1937 to 1961, for the enormously popular magazine Ladies’ Home Journal. Though in that forum she steered clear of political topics in favor of domestic ones, it serve to gain her an even larger and devoted readership.

Dorothy’s heart was in the international political arena. Never sugar-coating the truth, she sounded the alarm against the rise of fascism, and for that she was thrown out of Germany in 1933 as Hitler and the Third Reich were rising.

As a news commentator for NBC radio in the 1930s, Dorothy’s show, “On the Record” was heard by millions. When Nazi Germany invaded Poland in 1939, legend has it that Dorothy stayed on the air for fifteen days and nights in a row (it’s not clear what she did about sleep!). The June 12, 1939 issue of Time magazine featured her on the cover, speaking into an NBC radio microphone, below: 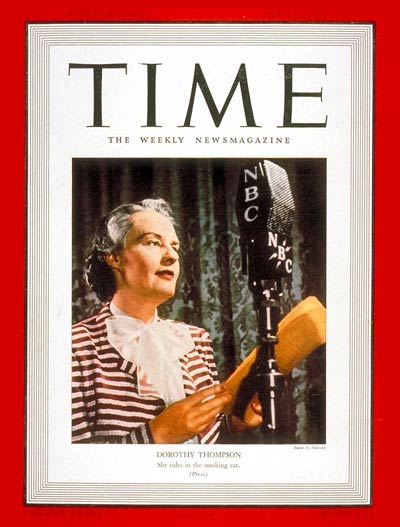 A trailblazer whose life inspired a film and a musical

Dorothy Thompson’s life and work inspired the 1942 film Woman of the Year. Katherine Hepburn plays Tess Harding, a character based on Dorothy. It also became a Broadway musical, with Lauren Bacall as Tess.

Dorothy was considered the most influential American woman, second only to first lady Eleanor Roosevelt. With all she accomplished, and being immortalized in a movie and a musical, isn’t it amazing that few people today have heard of her? 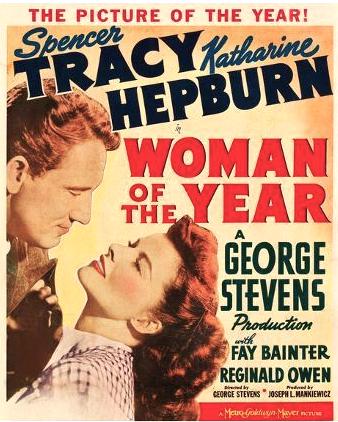 Though this classic film can get silly and sexist, it’s widely believed
that Dorothy Thompson was the inspiration for Tess Harding

Dorothy Thompson: A Legend in Her Time

Here’s more on this legendary journalist from the 1973 edition of Dorothy Thompson: A Legend in Her Time by Marion K. Sanders (Houghton Mifflin Co.):

Dorothy Thompson was an extraordinary woman in an extraordinary time. Her marriage to Sinclair Lewis was the most celebrated literary union of the century, but it was in her own right that she became “the First Lady of American Journalism.”

She was a highly talented reporter who covered the tumultuous happenings of the era preceding and during World War II; more importantly, she played a prominent role in helping to shape her countrymen’s attitudes toward the crucial events of those times. 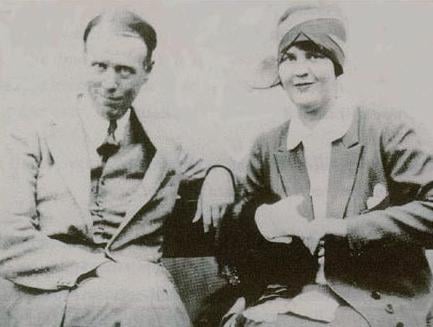 Going wherever history was being made

This is the first full story of what Dorothy herself called her “love affair with life.” It spans a long and controversial professional career and a stormy private one that included three marriages and a succession of attachments to both sexes. It is a far journey that begins in a poor parsonage in western New York State and goes forth to range through the capitals of the western world.

Beginning in the 1920s, Dorothy managed to be in the right place at the right time — wherever history was being made. “She swept though Europe like a blue-eyed tornado, said her colleague John Gunther. In Vienna and Berlin, Moscow, Budapest, and London, she was the center of a brilliant, glamorous group of foreign correspondents.

By 1934, when she was expelled from Germany by Hitler’s personal order, she had become an international celebrity. She returned to America as a columnist and commentator whose political opinions and eloquent warnings on the rise of the Third Reich were read and heard and heeded by millions.

“She and Eleanor Roosevelt are undoubtedly the most influential women in the U.S.,” stated a magazine cover story featuring Dorothy Thompson. 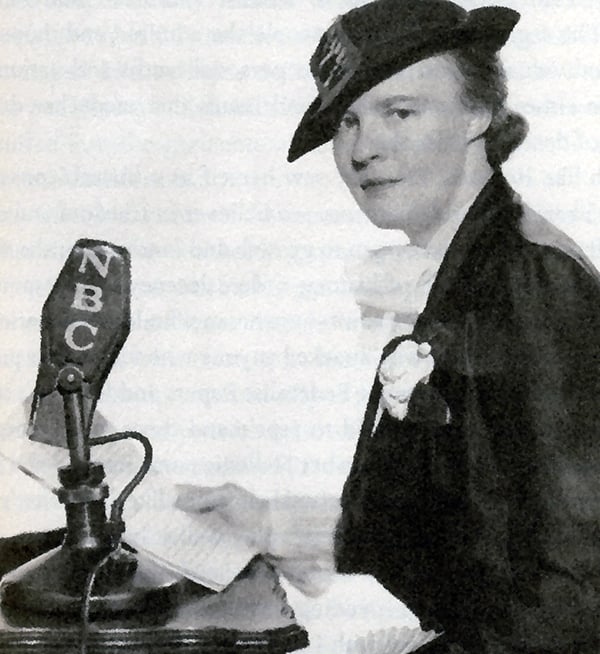 Has “The First Lady of American Journalism” been forgotten?

Dorothy’s friends and personal brain trust of the succeeding years formed a roster of distinguished Americans and refugee European intellectuals, and her farm in Vermont, along with various elegant homes in New York, became the social axis of her influential court. Her powerful public presence, however, masked an emotional vulnerability that sometimes led her to contradictory passions and allegiances.

Marion K. Sanders’ candid and compassionate biography, based on Dorothy Thompson’s journals and personal papers and on extensive interviews with friends and associates on two continents, brings a tremendous immediacy to her life story and the several worlds she moved in. One has the sense sharing the excitements and heartbreak of these crowded legendary years, of witnessing first hand the unfolding of a complex and always fascinating woman.

“There is nothing to fear except the persistent refusal to find out the truth.”

“Courage, it would seem, is nothing less than the power to overcome danger, misfortune, fear, injustice, while continuing to affirm inwardly that life with all its sorrows is good; that everything is meaningful even if in a sense beyond our understanding; and that there is always tomorrow.”

“Peace has to be created, in order to be maintained. It is the product of Faith, Strength, Energy, Will, Sympathy, Justice, Imagination, and the triumph of principle. It will never be achieved by passivity and quietism.”

“When liberty is taken away by force, it can be restored by force. When it is relinquished by default it can never be recovered.”

“Only when we are no longer afraid do we begin to live.”

“The most destructive element in the human mind is fear.”

Learn more about trailblazing women journalists on this site.