The Good Earth by Pearl S. Buck: An Appreciation

Revisiting a book many years after the first reading and still being able to connect is one of the greatest joys of rediscovering great authors. It’s no surprise that Pearl S. Buck won the Pulitzer Prize for The Good Earth and contributed to her receiving the Nobel Prize for Literature.

This novel, published in 1931, was the first in her House of Earth trilogy, followed by Sons and A House Divided. It made it to the bestselling lists in the United States, both in 1931 and 1932. The author, as the daughter of missionaries, grew up in China and based this work of historical fiction on her personal observations of village life around her.

Possibly the most interesting consequence of the author’s sympathetic depiction of the protagonists, farmer Wang Lung and his wife O-Lan, was in helping Americans of that period to be accepting of the Chinese as allies against the rumblings of war against Japan. Perhaps even Buck couldn’t have anticipated the impact that her book had — and continued to have — on her fellow Americans.

A view of women & society that still resonates

For myself, as an Asian woman from a totally different time, the book almost seems uncanny in its similarity to India, in the way that it views women.

The notion of a woman as a possession, which seems an underlying theme of this book, is prevalent even in the India of today, more pronounced perhaps in the rural hinterlands and very much internalized in a patriarchal society.

The other marked commonality is the respect accorded to elders and the elevated position that they enjoy in a family, by virtue of their years and experience.

The abject poverty of this farming family has been grasped so well by the author that you are left wondering whether she has lived this life herself. From the scarcity of water for a bath to the limitations on food and drink and also the tattered clothes; everything is reflected so authentically.

The story begins with the farmer Wang Lung’s marriage day and his preparations for the occasion. After fetching water for his father’s wash, which he has been doing for six years since his mother’s passing, he can look forward to a rest: “There was a woman coming to the house. Never again would Wang Lung have to rise summer and winter at dawn to light the fire.”

The contrast between poverty and wealth is a recurring theme of this novel as is Wang Lung’s obsession with his land and the desire to own more and more of it. The House of Hwang from where his father goes in search of a slave as a bride for his son, is held up in the early part of the novel as unattainable until good fortune comes into the life of Wang Lung, whilst things change for the House of Hwang.

Wang Lung’s father’s decision to choose a bride who is not pretty is met with initial protests by the son. But he is silenced by his father’s logic, “And what will we do with a pretty woman? We must have a woman who will tend the house and bear children as she works in the fields, and will a pretty woman do these things?”

The tragic character in this novel is most certainly O-Lan, the bride that Wang Lung brings home. She is all that Wang Lung’s father had envisaged and much more. Self-effacing and efficient, this woman becomes someone the father and son begin to depend on and, later on, the children who are born to the couple. Even when she bears children, O-Lan handles everything herself in quiet isolation and is up and about the next day, tending to the house and going about her regular work. 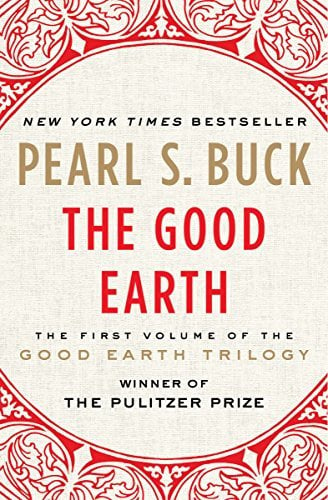 A reversal of fortune

The birth of a first-born son is a matter of great celebration and announcements are made with ceremonial fanfare. Like in many Asian cultures, the arrival of a son affords bragging rights in China, whilst the birth of daughters is no cause for celebration, with the daughters sometimes being referred to as slaves.

The fortunes of Wang Lung seem to turn around after the arrival of his wife and while he seems silently proud of her, never once does he openly voice his appreciation of her. Rather, in the latter part of the novel, he actually develops an aversion to her plainness, and what he now perceives as coarseness. With his newly acquired wealth, the farmer now involves himself in a dalliance with a prostitute and later brings her home as his second wife.

One wonders whether the author had intended to keep an aura of mystery about O-Lan or is it the prototype of a Chinese village woman that she has tried to replicate? Rarely is there a personal glimpse into the life that O-Lan lived in the House of Hwang as a slave. The only time that she shows desire is when she asks to keep two tiny pearls from a pile of jewelry that she has kept hidden on her person after retrieving the same from a rich man’s house.

“Then Wang Lung, without comprehending it, looked for an instant into the heart of this dull and faithful creature, who had labored all her life at some task at which she won no reward…”

Besides this, O-Lan only shows resentment in small ways when the second wife comes to live with the rest of the family, but does not express anything in words.

Glimpses of the House of Hwang

Buck, being the great author that she is, keeps the see-saw going with regard to deprivation, then prosperity, and again hardship, followed again by great wealth. Being the daughter of missionaries, one cannot help wonder whether there is an internalization of the dangers of too much wealth, which the reader is given glimpses of, in the dissipated lives of the denizens of the House of Hwang.

History seems to repeat itself in the House of Hwang, as the farmer becomes a wealthy man and the sons used to the good life, no longer have a connection with the land, except for the wealth that can be extracted from it. The end is poignant when Wang Lung, old and helpless, tells his sons, “If you sell the land, it is the end” and they reply, “Rest assured, father …The land is not to be sold,” as they look over his head and smile at each other.