Joan Didion: A Tribute to the Writer’s Writer 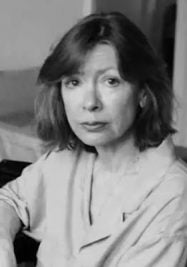 On December 23, 2021, when I learned that writer extraordinaire Joan Didion had passed away at the age of 87, I did what any friend would do: I canceled the day’s planned activities and concentrated on everything Didion.

For forty-four years, Joan Didion had been my own constant and portable companion: of course I needed to devote time to adjusting to the news of Didion’s passing. Our friendship was, obviously, one way. I can proclaim to know piles of intimate Didion facts and details, but of course Didion never knew me.

But that’s besides the point. Didion will remain one of the most significant influences on my writing life: what one remembers about her is the strength and authority of her writing. No one could imitate her; indeed, whenever anyone tried to channel Didion they were detected immediately.

My longterm Joan Didion love affair began in 1977. One of my very favorite English professors at San Francisco State University held up a copy of Slouching Towards Bethlehem. “We learn best from what is good,” Professor Ritter stated, “and Joan Didion is the best.”

Joan Didion had her sublime sentences filled with a myriad of details to convey her personal and wholly authentic stories. She wrote about nearly every cultural and political upheaval that transformed the U.S. from the 1960s to the present day.

Didion was compelled to find the story behind the story: what was meant by the “disparate images” that was presented to the American public as news. 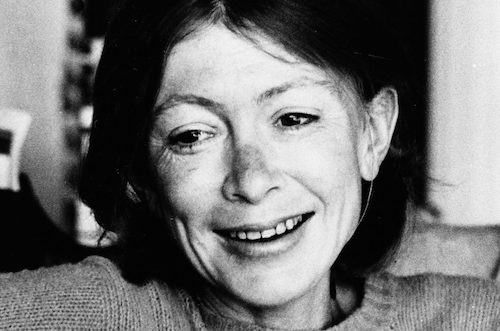 Repetition of details to cast a spell

“Didion often uses a detail that has stuck with her from a certain moment, which many seem extraneous nut which she uses for a purposes,” fellow writer Sara Davidson explained. “A hallmark of her work is that she repeats those details, almost like a phrase that recurs in a symphony.”

When Davidson asked Didion why the repetition of details, Didion responded with the advice, “I do it to remind the reader to make certain connections. Technically, it’s almost a chant. You could read it as an attempt to cast a spell.”

And cast a spell she did. The writer reads a few paragraphs where Didion does her repetition of fascinating and beguiling — nearly lyrical — phrases as she may describe a wholly depressing scene of heartbreak. Didion is the writer’s writer: her writing may appear deceptively easy, but she’s the prose master other writers return to in hopes that they can do what she does: explain the world with an authentic perception that cannot be imitated. 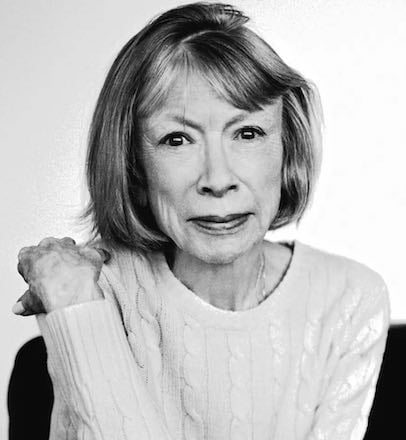 “Writers are always selling someone out”

Another Didion lesson that I have used for forty-four years came from a phrase — explained by SFSU Professor Ritter for over ninety minutes — of this oft-repeated sentence of Didion’s: “Writers are always selling someone out.”

It’s a line that Didion critics and detractors dislike and disparage for its hint of arrogance. I understood this line as the writer’s only compulsion is the search for truth, the story behind the story, and if the reader is uncomfortable with the outcome, the writer bears no responsibility. The writer need not pay attention to someone’s discomfort: there is too much going on in the world for the writer to stop reporting.

Didion’s husband, John Gregory Dunne, explained that line this way: “No one sees oneself as others do, and if you truly write how you see an individual, that person may be disturbed.” 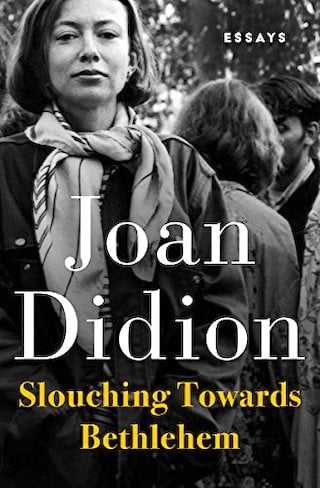 Committing to the stories that need to be told

Thus, it is the writer’s solemn duty to write the story behind the story in search of the truth. And, to write that story well in their own authentic style — or, what was the point in writing at all if one avoids the reality of our times.

Forty-four years ago I first read these lines from Slouching Towards Bethlehem from the essay On Keeping a Notebook:

“It all comes back. Perhaps it is difficult to see the value in having one’s self back in that kind of mood, but I do see it; I think we are well advised to keep on nodding terms with the people we used to be, whether we find them attractive company or not. Otherwise they turn up unannounced and surprise us, come hammering to the mind’s door at 4am and demand to know who deserted them, who betrayed them, who is going to make amends.”

Thinking about Didion and the tremendous legacy that she gave to her readers, I turn to that phrase in gratitude. I like to re-visit my younger writer self who waited for the release of The White Album and was inspired to write the found details in my own 1960s tale. Or, I go forward two more decades and I find myself still searching for some hidden truth, the story behind the story, and I find it.

I credit Joan Didion for that. Often Didion would state that she dreaded going to her writing desk every morning but she knew she must. And that is the another lesson that Didion gave to me: you just keep on writing because you are committed to the stories that need to be told.

“I’m not telling you to make the world better, because I don’t think that progress is necessarily part of the package, I’m just telling you to live in it. Not just to endure it, not just to suffer it, not just to pass through it, but to live in it. To look at it. To try to get the picture. To live recklessly. To take chances. To make your own work and take pride in it. To seize the moment …” (from a 1975 Commencement Speech at University of California Riverside) 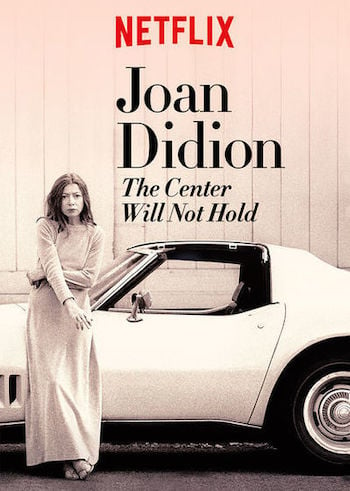 2 Responses to “Joan Didion: A Tribute to the Writer’s Writer”