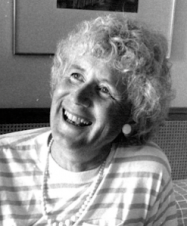 Jan Morris (October 2, 1926 – November 20, 2020), the historian and travel writer, was born and mostly raised in England, but identified as Welsh. Renowned for the Pax Britannica trilogy, a history of the British Empire, she was also esteemed for her intimate and insightful portraits of several great cities of the world.

Jan published under her birth name, James, before completing her transition to female in 1972. She was one of the first public figures to come out openly as transgender, making her a pioneer to the generations of trans writers (and others) who came after her.

This introduction to the ideas and accomplishments of Jan Morris is excerpted from Mightier Than the Sword; Rebels, Reformers, and Revolutionaries Who Changed the World Through Writing by Rochelle Melander, illustrated by Melina Ontiveros. Copyright © 2021 Beaming Books. Reproduced by permission.

While Mightier Than the Sword is intended for middle grade, its forty capsule biographies can be enjoyed by readers of any age, in tandem with the lively color illustrations.

The book highlights how powerful writing can lead to positive change, encouraging young readers to pick up their own pens and use their voices. Learn more about this book following the excerpt, which starts here:

As a young child, Jan Morris experienced a conundrum. Assigned male and called James at birth, she remembered sitting under the piano while her mother played: “I was three or perhaps four years old when I realized that I had been born into the wrong body, and should really be a girl.” Jan “cherished this as a secret” for twenty years.

Jan felt different from other children. When her two older brothers left for school, she spent hours by herself wandering the hills around her house, watching ships through her telescope. She wrote:

“The instrument played an important part in my fancies and conjectures, perhaps because it seemed to give me a private insight into distant worlds, and when at the age of eight or nine I wrote the first pages of a book, I called it Travels with a Telescope, not a bad title at that.” 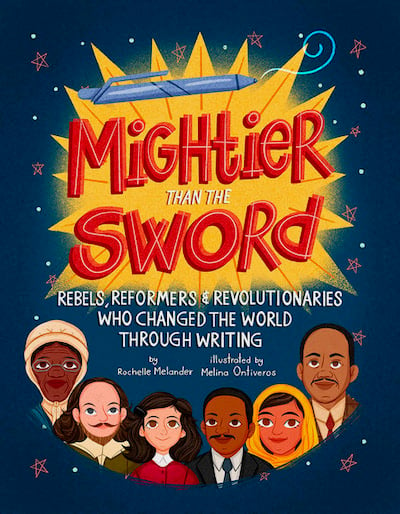 In her late teens, Jan joined the 9th Queens Royal Lancers and worked as a spy. She never felt at home in the army, thinking of herself as a “stranger and imposter.” But the experience gave her the opportunity to learn how to examine the world around her:

“For myself, I think I learnt my trade largely in the 9th Lancers, for I developed in that regiment an almost anthropological interest in the forms and attitudes of its society; and sitting there undetected, so to speak, I evolved the techniques of analysis and observation that I would later adapt to the writer’s craft.”

After the army, Jan delved into reporting. In 1953, The Times assigned her to cover Edmund Hillary and Tenzing Norgay as they attempted to be the first to summit Mount Everest, the world’s highest mountain. Jan climbed thousands of feet above base camp so that when the explorers reached the top, she could race to the bottom and phone in the scoop.

In 1956, Jan received a fellowship to travel and write. She visited every state in the United States and wrote the book, Coast to Coast. She went on to write about many more places, including The World of Venice (1960) and The Presence of Spain (1965). Jan became known for portraying the personality of places, describing their characteristics with rich language.

As Jan tackled one of her biggest professional projects, a three-volume history of the British Empire, she also explored her lifelong conundrum. Because how she felt on the inside (her gender identity) didn’t match the sex she was assigned at birth, Jan’s feeling of being born in the wrong body never left her.

She described gender as being “the essentialness of oneself.” And as long as she lived as a man, she felt out of sync with herself. At this time, Jan began transitioning from male to female. She chronicled this process in her book, Conundrum:

“To myself I had been a woman all along, and I was not going to change the truth of me, only discard the falsity. … I embarked upon it only with a sense of thankfulness, like a lost traveler finding the right road at last.”

Jan wrote for the rest of her life, publishing more than 40 books. She answered all of her mail and penned encouraging notes to aspiring writers: “Don’t worry about rejection slips, everyone gets them. Experience everything.”

Contributed by Rochelle Melander: Rochelle is a speaker, a professional certified coach, and the founder of Dream Keepers, a writing workshop that encourages young people to write about their lives and dreams for the future. Rochelle wrote her first book at seven and has published eleven books for adults. Mightier Than the Sword is her debut book for children. She lives in Milwaukee, Wisconsin. Visit her at Write Now Coach.

Other trans writers who came after Jan Morris 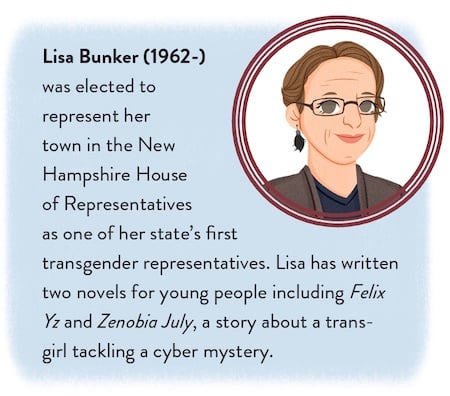 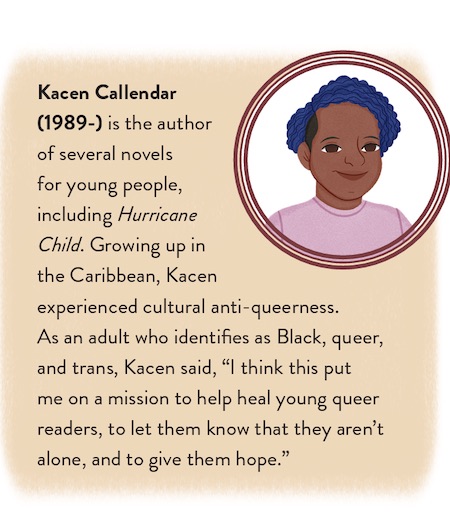 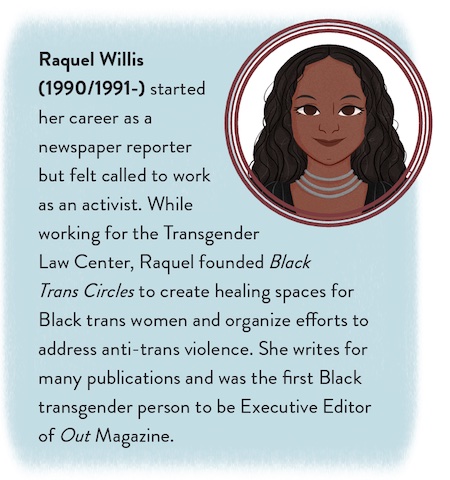 More about Mightier Than the Sword

Throughout history, people have picked up their pens and wielded their words—transforming their lives, their communities, and beyond. Now it’s your turn!

Representing a diverse range of backgrounds and experiences, Mightier Than the Sword connects over forty inspiring biographies with life-changing writing activities and tips, showing readers just how much their own words can make a difference.

Readers will explore nature with Rachel Carson, experience the beginning of the Reformation with Martin Luther, champion women’s rights with Sojourner Truth, and many more.

These richly illustrated stories of inspiring speechmakers, scientists, explorers, authors, poets, activists, and even other kids and young adults will engage and encourage young people to pay attention to their world, to honor their own ideas and dreams, and to embrace the transformative power of words to bring good to the world.

2 Responses to “Jan Morris, Travel Writer and Historian — an Introduction”