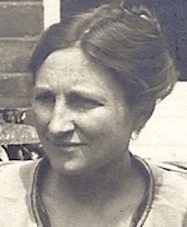 I first heard about Helen Tracy Lowe-Porter (1876 – 1963) when I fell in love with her grandson, a visiting American graduate student at my university in New Zealand. I knew of the great German novelist Thomas Mann but had not read his novels, and certainly had never wondered about how they came to appear in English.

“My grandmother was Mann’s translator,” my new boyfriend informed me. I was mildly impressed. He told me a little about her: how forbiddingly intellectual she was, how un-grandmotherly.

I learned more when in her seventies Patricia set out to write a biography of both her parents. Helen’s achievement was extraordinary. Between 1924 and 1960 she translated twenty-two of Mann’s novels and nonfiction works, under contract to Knopf as his sole translator. Mann had been widely read and celebrated in Germany but was barely known to English-language readers.

Helen’s first translation, Buddenbrooks, brought Mann instant acclaim and a place in the pantheon. Three years later, after The Magic Mountain was published, he was awarded the Nobel Prize for literature. The pace kept up for the next thirty-three years, until Helen at last withdrew to attend to her own long-deferred ambitions.

“The time has come for me to retire as your translator, after all these years,” she wrote to Mann with typical self-deprecation. “The reason is perhaps silly: in the end of my life I have so many things in my head that I find I must get them down, whether they ever find a publisher or no.”

She and Mann, by now both elderly, had become affectionate friends after years of tension: he had resented having a female translator and constantly pushed her to work faster, rarely expressing praise or appreciation for her meticulous work and its essential contribution to his vast success. 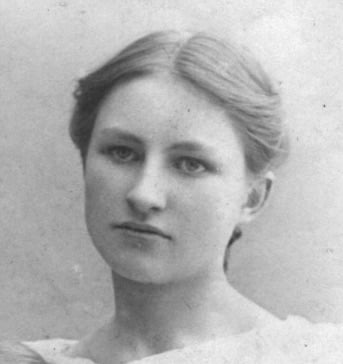 Patricia, an accomplished writer herself, delved deeply into her project, tracing her parents’ trajectories from the U.S. to Germany to England and back, interviewing relatives and colleagues, studying family history and the material her parents had left behind.

Her father, Elias Lowe, had been prolific, not only in published writing but in his letters and his pocket diaries, dozens of them, where he noted everything from the academic calendar at Oxford where he was a professor to the important people he had lunch with and the vagaries of his digestive system.

Helen, on the other hand, was elusive. She had produced thousands of pages of lucid and elegant translation. She wrote a long, insightful essay about Mann’s post-Second World War masterpiece Doctor Faustus, and another substantial essay about her career as his translator. But there was not much else–the correspondence over many years between herself, Mann, and the Knopfs, a few family letters.

Although Helen kept letters from her adult daughters, they did not keep hers. Despite the fact that she strove all her life to succeed as a writer of poetry and fiction, very little of her own creative writing has survived: a small book of poetry published by Oxford University Press, and her one solid success, the play Abdication, triumphantly produced in Dublin for its first and only run, and later published in book form by Knopf.

Patricia often spoke about her parents. Her narrative, long before she began writing about them, was that her father was charming and distinguished, earning her respectful devotion as a daughter, while her mother was distant and cold. Her mother’s work seemed less important than her father’s, with his magnum opus, the 12-volume Codices of ancient Latin manuscripts and his status not only as an Oxford don but as a founding member, with Einstein, of the Institute for Advanced Study in Princeton, NJ.

Based in part on what I knew from my husband and his cousins, I had a less august impression of Elias. From them I’d formed a picture of a rather arrogant and selfish man who took others’ attention for granted. Most of the cousins felt, like Patricia, that Helen was intimidating. Their memories of her were thin.

In his final years, Elias confided in Patricia about the crisis from which his marriage had never recovered. When they first married he had persuaded his sexually inexperienced 30 year-old bride to allow him to sleep with other women on his frequent professional travels. But years later when he slept with a young friend of their eldest daughter, Helen was outraged and unforgiving.

Patricia found her mother’s reaction incomprehensible. Her parents’ relationship, she believed, was more intellectual than romantic, with her mother indifferent to his affairs. So why was she so distraught on this occasion? It wasn’t even his fault, Patricia said—the girl had come to their house in Oxford intent on seduction and he had succumbed.

Helen and Elias never divorced, but their life from then on alternated uneasily between separations and awkward attempts to live together again. The story sounded suspicious to me: it seemed far more likely that this lifelong philanderer, a man of status and influence, had been the aggressor.

Patricia and I shared a serious interest in writing and also in feminism, from our different generational perspectives. She thought I sometimes went too far, with my disregard of conventions; I thought she clung to conformity. Helen herself was an avowed feminist. It seemed to me that her life was a feminist cautionary tale: a gifted, educated woman whose own artistic commitment was constantly subordinated to the needs of the great writer as well as those of her husband and three children.

The struggles of her life had echoes in my own. I had no claims whatsoever to the kind of brilliance and achievement that Helen inarguably had, but I too wrestled with the competing needs of family and artistic calling, and with my own ambivalence around claiming any recognition. Helen was not my mother. I had not suffered, as my mother-in-law had, from feeling neglected by her. And so I was freer to empathize, to give Helen the benefit of the doubt, to imagine her subjective experience.

My defense of Helen might have prompted Patricia to see her mother in a more forgiving and sympathetic light, reflected in the portrait that she now drew in her memoir. Over the next few years she worked hard on research and writing, often sharing it with me as she went along. Sadly, before she had completed her biography she began to lose some of her own capacity.

Seeing that the project was not going to get finished, I helped her publish about 80 pages, along with some of her own poems and stories. The launch of this little volume, a few months before her death, was a happy moment for her: her mild dementia made her believe that she had become the celebrated writer she had always longed to be. 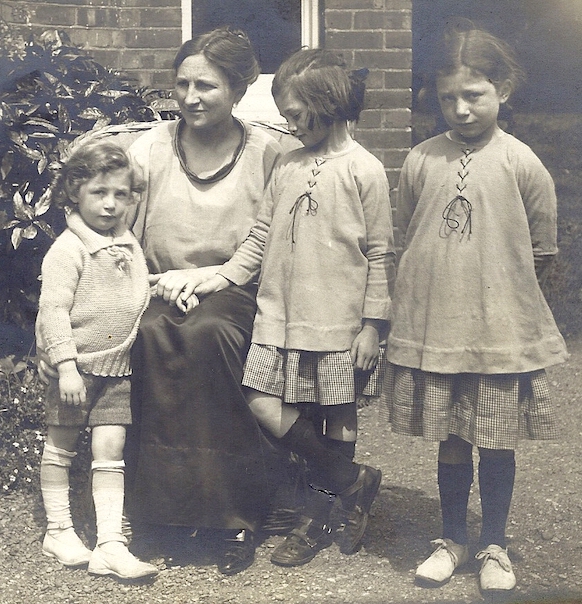 I inherited Patricia’s research: boxes of folders with documents, letters, notes on her reading and travels, newspaper clippings. I knew she would have wanted me to finish what she had tried so hard to do, and the knowledge weighed on me. But I had no interest in writing biography.

After a while, though, another idea took hold: the idea of writing fiction about this extraordinary and enigmatic woman. A short story? A novella? A novel? I wasn’t sure. I opened up the boxes of folders and spent hours with them. I read her play, which I’d always avoided, written in blank verse about the abdication of Edward Vlll in 1936—and found it beautiful and compelling.

I read some of Mann’s novels, marveling at the scale and depth of these mighty works, and what it must have taken to render them into English. I read biographies of Mann and a short biography of Helen, In Another Language, written soon after her death. The author glossed over Helen’s complexities but usefully noted the milestones of her work and her historical times. He mentioned a novel written after her retirement, Sea Change, that won praise from Mann and his wife but never found a publisher—a mystery, since no one in the family recalls ever seeing it.

I read Helen’s personal letters and others written to her, discovering a very likable, witty, politically aware woman who adored her children and friends. And, surprisingly, a woman who loved her husband passionately until their relationship was abruptly truncated by the crisis.

And I read Elias’s diaries, now housed in the Morgan Library of New York. In that silent wood-paneled room, with stacks of his tiny diaries in front of me, I could almost hear the voice of this man across the decades. I learned that the story he had told Patricia about the “seduction” was not the whole truth. In the diaries he noted several meetings with the girl both before and after the moment that he’d confessed to, including at least one time in Paris. It was either a full-blown affair or he’d been grooming her. Helen was indeed grievously betrayed. He broke her heart.

I felt more and more that I knew this woman, my grandmother-in-law, and I liked her enormously. In this strange, one-sided, cross-generational way, reaching from the living to the dead, Helen became my friend. And I wanted very much to let the world see who she was—at least, my view of her. So I wrote my novel Anticipation, adding invented incidents and characters to the slender factual record — all the time with the uneasy awareness that this perennially self-critical woman would very likely disapprove.

Anticipation is still looking for a publisher. I hope it won’t share Sea Change’s fate. I want readers, especially those with curiosity about women whose brilliance is hidden behind towering male figures, to have the chance to meet Helen Lowe-Porter and follow her spirited, determined journey.

Contributed by Jo Salas, a New Zealand-born writer living in the Mid-Hudson Valley of New York. Her short fiction has appeared in literary journals and anthologies, earning awards and a Pushcart Prize nomination. Her novel Dancing with Diana was published in 2015 by Codhill Press. Jo also writes extensively about Playback Theatre, with numerous essays and three books including Improvising Real Life: Personal Story in Playback Theatre, now published in 10 languages.  Find her on the web at josalas.com.

Lowe-Porter, Helen Tracy. Abdication or All is True. Alfred A. Knopf, 1950.

Thirlwall, John C. In Another Language: A Record of the Thirty-Year Relationship between Thomas Mann and His English Translator, Helen Tracy Lowe-Porter. Alfred A. Knopf, 1966.

Discover other under-appreciated trailblazers in Other Rad Voices on this site.