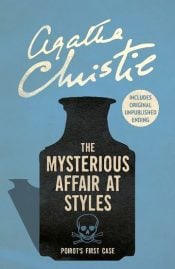 2020 marks one hundred years since Christie’s debut novel, The Mysterious Affair at Styles, was first published. As the inaugural Hercule Poirot mystery, the story was serialized in The Times (London) weekly edition from February to June 1920 and later published as a complete novel in the U.S. in October, 1920.

The book was written as the result of a challenge between Agatha and her older sister, who bet that Agatha couldn’t write a detective novel. While she was working in a dispensary during World War I, Agatha came up with the idea for the story using her knowledge of poisons.

And the rest is literary history, as Agatha conquered the publishing world for more than fifty years, releasing works that defined the genre, including And Then There Were None, the world’s best-selling crime novel.

Agatha Christie is the best-selling novelist in history. With over one billion books sold in English and another billion in over 100 languages, her popularity has never waned; last year her English language sales exceeded two million copies. For more on the centenary of her first publication, see 100 Years of Agatha Christie stories. 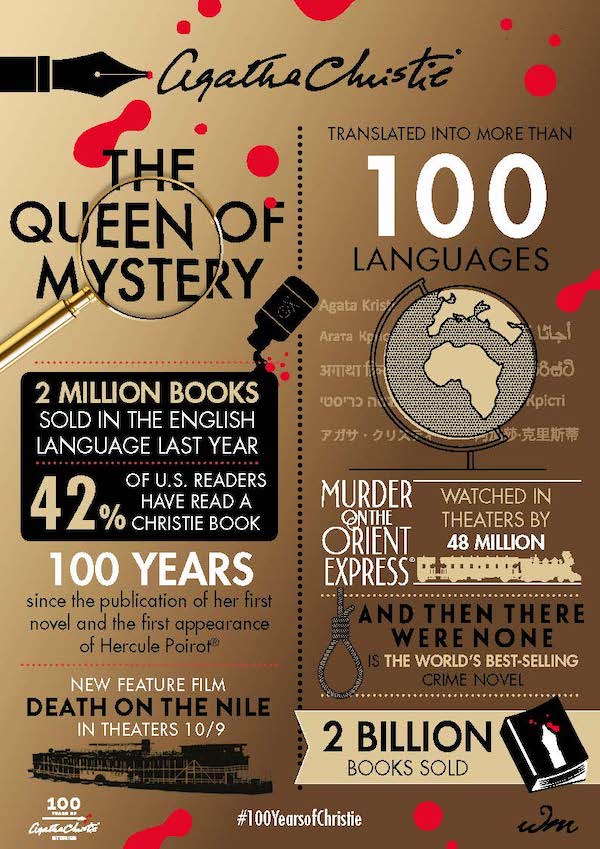 About The Mysterious Affairs at Styles

Who poisoned the wealthy Emily Inglethorp and how did the murderer penetrate and escape from her locked bedroom? Suspects abound in the quaint village of Styles St. Mary—from the heiress’s fawning new husband to her two stepsons, her volatile housekeeper, and a pretty nurse who works in a hospital dispensary.

With impeccable timing, and making his unforgettable debut, the brilliant Belgian detective Hercule Poirot is on the case.

One of the best-loved classic mysteries of all time, The Mysterious Affair at Styles will continue to enchant old readers and introduce Agatha Christie’s unique storytelling genius to a host of new readers. 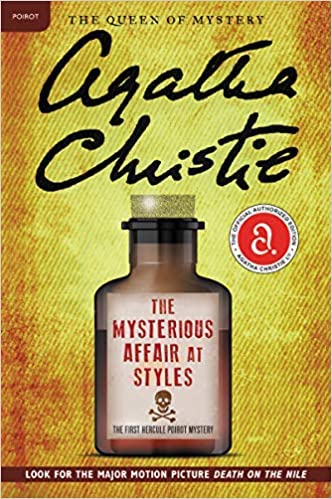 To mark the occasion, HarperCollins issued a new edition of The Mysterious Affair at Styles in Jan. 2020.  In this official and fully restored edition, Hercule Poirot solves his first case in the Agatha Christie novel that started it all, now featuring a “missing chapter” and exclusive content from the Queen of Mystery.

The exclusive content featured in this Agatha Christie reissue will include a passage from The Mysterious Affair at Styles; “Creating Poirot,” a letter from Agatha Christie published in 1958; “Agatha Christie’s Favourite Cases,” an article written by Agatha Christie to introduce serialization of her novel Appointment with Death in the Daily Mail in 1938; “A Letter to My Publisher,” by Agatha Christie from the American Omnibus Hercule Poirot Master Detective, (HarperCollins, 2016).

In addition, every reissue will include The Hercule Poirot Reading List and The Miss Marple Reading List, which includes the Top Ten Titles, a Reader’s Guide, and a Reader’s Challenge. 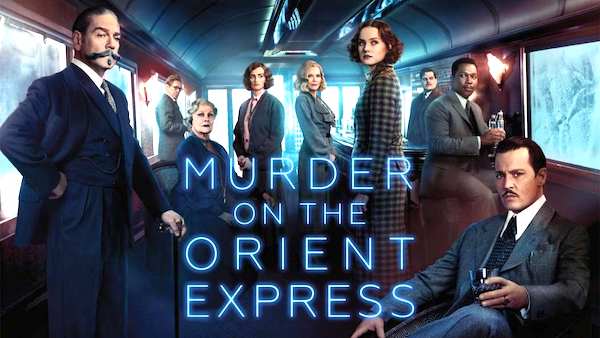 Christie’s stories have always translated brilliantly to screen and stage, with 48 million people having watched 20th Century Fox’s 2017 movie blockbuster Murder on the Orient Express in cinemas, taking in $350 million at the global box office.

She is also the most successful female playwright of all time: The Mousetrap is the longest running West-End show in history, watched by 10 million people in its continuous London run since 1952, and a quarter of a million people have seen Witness for the Prosecution at London’s County Hall since it opened in 2017.

In 2019 there were over 700 productions of Agatha Christie’s plays globally, with performances from an estimated 7000 individuals. Major productions of her works, including a new adaptation of Murder on the Orient Express, are playing to audiences worldwide.

The centenary year will see celebrations across the book world and beyond, culminating in the release of 20th Century Studios’ highly anticipated film adaptation of Death on the Nile directed by and starring Kenneth Branagh as Poirot.

James Prichard, chairman of Agatha Christie Limited and Christie’s great-grandson said: “100 years after her first story was published, the extraordinary global appeal of my great grandmother’s stories shows no sign of abating. Her works continue to entertain audiences through the books, television, film and theatre – a testament to their timelessness, and to her unique creativity.”

Liate Stehlik, President and Publisher of the William Morrow Group says: “Agatha Christie was a literary genius. Her stories are always riveting, thanks to her instinctive sense of what makes people tick and her determination to surprise and delight her readers. And she made it look effortless. The Mysterious Affair at Styles is just as relevant now as it was 100 years ago.  Christie’s timeless stories continue to resonate with millions of new readers even today.” 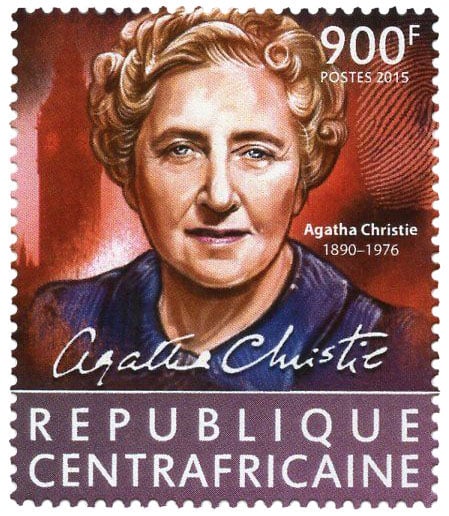 The research was commissioned by HarperCollins to mark the centenary of Christie’s being in print (with the aforementioned publication of The Mysterious Affair at Styles, 1920) and was conducted by an independent research agency. It included 4,500 nationally representative fiction readers in the U.K. U.S. and Australia.

Agatha Christie’s personal life was just as interesting as her professional work. During World War I, she worked firstly as a VAD nurse, and then as a qualified dispenser in the pharmacy at Torquay’s wartime hospital, where she acquired her knowledge of poisons.

It was during this time that she devised the plot for her first detective story — a result of a bet from her elder sister Madge, who said she could never do it — and where she created Hercule Poirot, inspired by the Belgian refugees in her home town.

In 1922, she spent 10 months traveling the world with her first husband Archie, on a research mission for the British Empire exhibition. During this Grand Tour, she learnt to surf in South Africa and Hawaii, and is credited with being the first Western woman to stand up on a surfboard.

She was also an amateur archaeologist. Over two decades, she attended digs in the Middle East and North Africa with her second husband Max Mallowan, living on the excavation sites where aside from writing her novels, she photographed the artifacts and cleaned them using her own face cream.

Here are more fascinating facts and statistics about Agatha Christie: 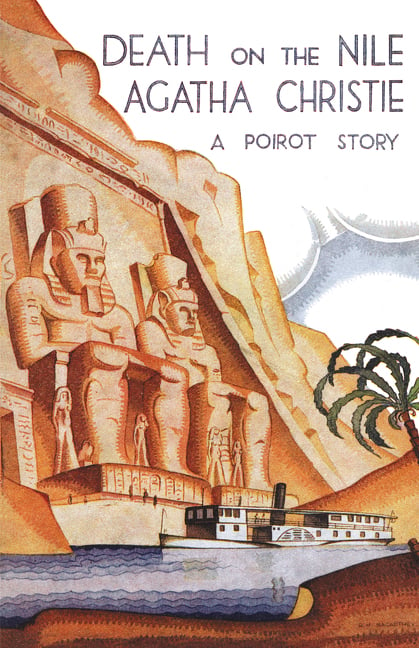 Death on the Nile — a new film adaptation coming in 2022

2022 will see the release of the 20th Century Studios feature film adaptation of Agatha Christie’s acclaimed mystery Death on the Nile.

It follows the box office hit Murder on the Orient Express, released in November 2017, which grossed over $35 million in the global box office.

Agatha Christie Limited (ACL) has been managing the literary and media rights to Agatha Christie’s works around the world since 1955. Collaborating with the very best talents in film, television, publishing, stage and on digital platforms ACL ensures that Christie’s work continues to reach new audiences in innovative ways and to the highest standard. The company is managed by Christie’s great grandson James Prichard.

Contributed by HarperCollins: HarperCollins Publishers is the second largest consumer book publisher in the world, with operations in 17 countries.

With 200 years of history and more than 120 branded imprints around the world, HarperCollins publishes approximately 10,000 new books every year in 16 languages, and has a print and digital catalog of more than 200,000 titles.

Writing across dozens of genres, HarperCollins authors include winners of the Nobel Prize, the Pulitzer Prize, the National Book Award, the Newbery and Caldecott Medals and the Man Booker Prize.