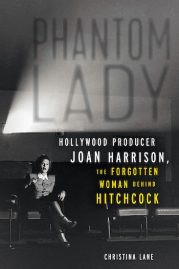 In the summer of 1938, Alfred Hitchcock signed on to direct an adaptation of Daphne du Maurier‘s novel Jamaica Inn, which was to be his last British film before venturing to Hollywood. The preeminent producer Erich Pommer and lead actor Charles Laughton were already lined up to produce the movie through their jointly owned company Mayflower Pictures.

Jamaica Inn was to be the first screenwriting turn for Hitchcock’s assistant Joan Harrison, who was effectively already a creative producer in his unit (though without the official credit). Harrison entertained affection for du Maurier’s material, but more than this, she and the writer were friends — traveling in the same social circles. Harrison resolved not to let her down.

Born to the popular actor Gerald du Maurier and Muriel Beaumont in London in 1907, Daphne du Maurier was one of the best-known English writers of her time (going on to become one of the most celebrated authors of the twentieth century). She thrived in gothic romance and psychological thrillers like the novel Rebecca and the short story “The Birds” (both equally well known to readers and cinephiles).

The wild, beguiling coastal region of Cornwall — with its spectacular harbor views, hidden coves, and dense, tangled woods — in particular obsessed her. When, on a trip with her mother and sisters at the age of nineteen, she first encountered Cornwall’s village of Fowey, she convinced her parents to purchase a cliffside house, which they did, and christened Ferryside.

Du Maurier found the setting gave her a space, both literally and figuratively, to create. “Here was the freedom I desired,” she later reflected. “Freedom to write, to walk, to wander.” The area would become the setting of most of her works. Inspired by Fowey, by the age of twenty-seven, du Maurier penned three novels and a biography of her father.

But it was the breakout success of Jamaica Inn in 1936 that guaranteed du Maurier’s place in literary circles. The historical novel follows twenty-three year-old Mary Yellen across the Cornish Moors to live with her Uncle Joss and Aunt Patience following the death of her mother. Helping them run the eponymous inn, she begins to suspect that her uncle is part of a band of murderous shipwreckers.

Du Maurier had stumbled upon the actual Jamaica Inn several years prior, while riding on Bodmin Moor to the north of Fowey and losing her bearings in sudden, thick fog. Rising before her unexpectedly, the inn (which indeed had been a smugglers’ haven) provided afternoon refuge — and eventually fodder for Mary’s story.

Little surprise that Fowey has since been dubbed “du Maurier country,” a description befitting not just her connection to the place, but the landscape of her imagination. 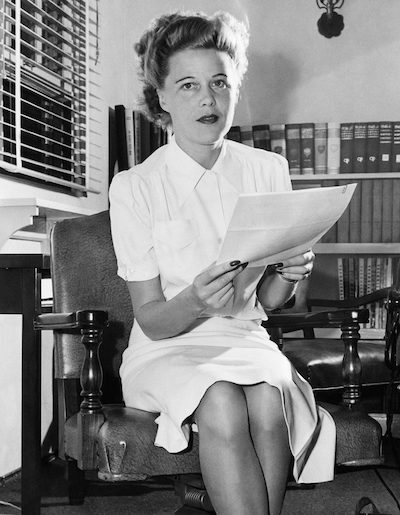 Jamaica Inn was slated to begin production in September and end in October 1938, under the assumption that the Hollywood move might occur as early as January. In fact, Jamaica Inn’s production ended up running through January; nothing about the production process came easy. Producer and lead actor Charles Laughton had an enormous ego, and his producing partner Erich Pommer, the former head of Germany’s UFA, was overly hands-on.

For Joan Harrison, the script development process had been difficult. Clemence Dane (a pseudonym for Winifred Ashton) had written a screenplay in 1937 when the project had a false start. Now that Hitchcock was commissioned, Dane’s script went by the wayside and Sidney Gilliat came on board, along with novelist and playwright J. B. Priestley (brought in by Laughton to pen additional dialogue for his character).

Before Harrison and Gilliat’s involvement, Laughton had sent Dane’s draft to the Production Code Administration in anticipation of a successful American release. He heard back that there was an essential problem; they needed to alter the fact that the villain was a man of the cloth so as not to offend religious groups. After hearing this, Laughton nearly wanted off the picture.

Upon deciding to change the vicar into the town squire, Gilliat recalled, “We evolved (Hitch and Joan and I) a fairly satisfactory Jekyll-and-Hyde-character.” Then there was the challenge of how to handle the big reveal.

In the book, the reader doesn’t arrive at the mastermind’s identity until nearly the end. In the film, the aha moment occurs early on, partly because of narrative necessity  — the villain is now a legal authority and an integral part of the community—and partly because Laughton wasn’t about to be confined to the finale. 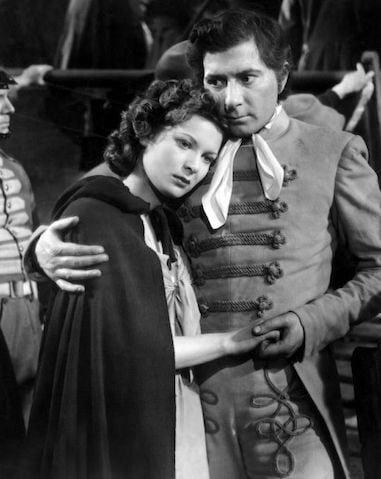 Trouble on the set

Hitchcock found it troubling that the “surprise story” now became “a suspense story” (structured around the question of When will Mary and the others discover that which the spectators already know?). Hitchcock once said, “It’s very difficult to make a who-done-it. You see, this was like making a who-done-it, and making Charles Laughton the butler.”

With the director “truly discouraged,” each script meeting was filled with stress. To him, “it was completely absurd, because logically the judge should have entered the scene only at the end of the adventure.”

During the shooting of Jamaica Inn, there was also Laughton’s histrionic personality to contend with. As he struggled to find his character, he demanded numerous takes and more than a little hand-holding.

According to Hitchcock, the actor’s “mercurial” personality was so confounding that the director “tried to duck out of the picture two weeks before we started shooting,” but little could be done once the contract was signed. Joan’s role throughout it all was to serve as the buffer, doing the best she could to smooth out the tense back-and-forth among Hitchcock, Laughton, Pommer, the writers, and the actors.

Eighteen-year-old Maureen O’Hara, a relative newcomer from Ireland, played the female lead. Luckily, O’Hara enjoyed Laughton. She was riding high as a recent Mayflower Pictures discovery and had just signed a seven-picture deal.

What she may not have realized was that if the adaptation had remained more faithful to the novel, she would have enjoyed more screen time. As difficult as it was to compete with Laughton’s on-screen mugging, she turned in a respectable performance as a courageous, precocious, and self-possessed heroine. 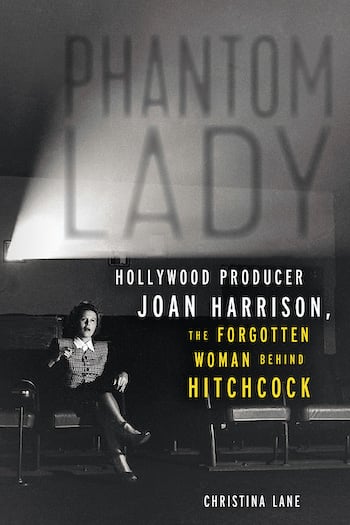 Upon Jamaica Inn’s release in 1939, du Maurier was so disappointed that she demanded her name be removed from the opening titles. The film’s reputation has not improved much with age, and the struggles that Laughton, Pommer, and Hitchcock’s team had over creative control are evident on the screen.

The movie suffers from Laughton’s overblown performance and a decided lack of suspense, based on the fact that his character is revealed to be the villain so early on. Several decades later, it was named one of the “fifty worst films of all time” in Harry Medved and Randy Dreyfuss’s book of the same title.

There have, however, been efforts to rehabilitate the film’s reputation and reclaim it for Hitchcock’s canon. Maurice Yacowar, author of Hitchcock’s British Films, concludes, “[Laughton’s] dominance over the director hurts the film. But the film remains a Hitchcock.” 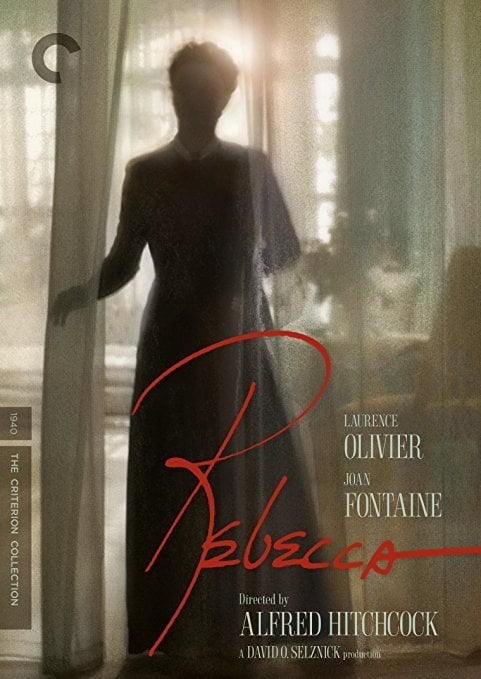 One of Joan Harrison’s other notable achievements was co-writing the screenplay for the brilliant 1940 film adaptation of Rebecca by Daphne du Maurier, which enjoyed far greater success.

The case can be made that the film is also thoroughly “a Harrison,” given the ways it anticipates her later work. Jamaica Inn’s domestic gothic themes and disturbing psychology are reminiscent of those found in Phantom Lady (1944), The Strange Affair of Uncle Harry  (1945), Nocturne (1946), and They Won’t Believe Me (1947).

Its perverse textures and pathological violence speak directly to Joan Harrison’s preoccupation with what lies hidden beneath romantic, marital, and familial relations. Moreover, the scene in which Mary is trapped in her bedroom with her uncle may be viewed as a predecessor to Phantom Lady’s finale, in which Carol Richman is cornered by the murderous Marlow. (Women’s fearlessness in the face of jeopardy would become a recurring theme.)

There are additional distinguishing marks of Harrison’s signature: Mary’s investigative gaze, her rescue of the hero, and the idea of women saving women. Jamaica Inn sits neatly beside The Lady Vanishes, as these signature marks come into focus and a shift away from light seriocomic thrillers becomes more obvious.

Joan Harrison scored her first official screen credit on Jamaica Inn—as one of the writers. Some, even Hitchcock in one instance, have suggested this was chiefly a tactical maneuver, his way of ensuring her entree into Hollywood.

However, there is a good deal to indicate that she bore a significant influence on the film. Her day-to-day involvement in the writing sessions, her presence on the set, and Jamaica Inn’s close affinities with her other films authenticate this. Hitchcock’s passing pronouncement notwithstanding, Joan earned her Jamaica Inn writing credit.

Contributed by Christina  Lane: Christina Lane is the author of Phantom Lady: Hollywood Producer Joan Harrison, the Forgotten Woman Behind Hitchcock (Chicago Review Press, 2020). She has written extensively on film history, aesthetics, and women’s media production, including Feminist Hollywood: From Born in Flames to Point Break (2000) and Magnolia (2011), the first book-length treatment of the Paul Thomas Anderson film.

She is associate professor of film studies and chair of the Cinematic Arts department at the University of Miami. She is a member of the Women Film Critics Circle and has provided commentary to such outlets as Air Mail, NPR, Turner Classic Movies, and the Daily Mail.