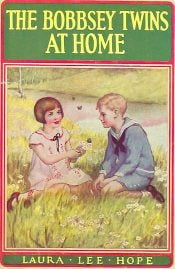 There are certain authors from one’s schoolgirl years who acquire an aura with their ability to hook the reader, leave her asking for more, and linger in the memory. One such author was Laura Lee Hope, with her many adventure tales featuring the Bobbsey Twins — two sets of fraternal twins, Nan and Bert, and the younger Flossie and Freddie.

Whilst the older twins are dark-haired and of serious disposition, the younger two are impish and blond. My favorite, as I recall, was Flossie. Her father often referred fondly to her as “my fat fairy.” In today’s children’s literature, it might not go down well for a child to be referred to as fat, even affectionately.

In the early stories, the twins begin to grow older. Perhaps the idea of them overtaking the age of their readers was too risky. And so, the older twins were given the permanent age of twelve, while the younger twins remained forever six years old.

As fictional characters, it was easy for them to be the same age chronologically and it never struck their young readers that they would one day go beyond those idyllic childhood years to face the realities of adulthood. 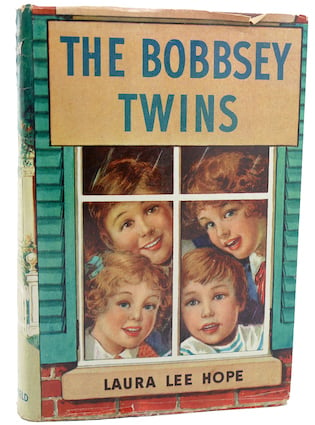 Imagine the surprise when a faithful Bobbsey Twins reader discovers that there isn’t, and never was, a real Laura Lee Hope. This name was a part of the Stratemeyer Syndicate, which successfully published these stories for the long-running spell of seventy-five years! The first of the seventy-two volume series was said to have been written by Edward Stratemeyer (The Bobbsey Twins; or, Merry Days Indoors and Out, 1904). The series in its original form concluded in 1979.

Two subsequent efforts at restarting the series didn’t meet with the same level of publishing success, possibly because times had changed, along with reader expectations.

Stratemeyer set the ball rolling and was joined by other authors credited with writing the books, including Lilian Garis, Elizabeth Ward, Harriet Stratemeyer Adams, Andrew Svenson, June Dunn, Grace Grote and Nancy Axelrad, to name a few. Other writers also collaborated in the writing and editing.

In today’s terminology, they would likely be called ghost-writers and relegated to oblivion. Yet it’s a blessing to be able to credit the many authors of the Bobbsey Twin series, which were so much a part of young readers’ lives, including my own. In those innocent years, I had no way to tell writing styles apart, or perhaps all the authors followed the template of “Laura Lee Hope” quite precisely.

The twins’ father, Mr. Bobbsey, is a lumberyard owner in Lakeport; their mother, Mary, is a stay-at-home mom, as was common in those times. Other characters included their Black cook Dinah Johnson and her husband, Sam Johnson, the Bobbsey family’s Man Friday.

We also meet various friends and foes in the series, like the school bully. There are also a whole host of pets — a couple of dogs, a duck, and Snoop the cat. The latter is worthy of mention because “he” starts off male until being lost at a circus and then returns as a “she,” likely as a result of the next tale being written by another author in the syndicate.

In the 1960s, the Stratameyer Syndicate attempted to rewrite and update the series to keep up with the changing times. Automobiles replaced buggies, and the lovable Mrs. Bobbsey was now holding a part-time job. The most significant of all the changes is in the portrayal of Dinah and Sam, the two Black characters, who had to be dealt with differently, to factor in changing social mores. 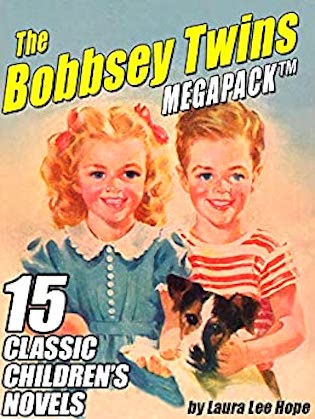 What the Bobbsey Twins have come to represent

It was interesting for me to discover that the term “Bobbsey Twins” came to be used as a synonym for sincere do-gooder duos, or two people who are inseparable. The books showcased a world of perfect parents, ample creature comforts, and enough adventure and excitement to balance the realization of a secure home environment.

The books are said to have sold millions of copies and still adorn bookshelves in America, yet there could be a message in its appeal to children from other parts of the world, like faraway India.

Today, the world is a global village with technology connecting citizens through social media platforms. You can be friends with people from all over the world, even before you wind up meeting them in person (if you ever do).

But perhaps stories like the Bobbsey Twins were precursors in this regard, as they tapped into what was of universal appeal to children across the world —a sense of well-being that comes from being part of the life of a wholesome family, joined by their adventures. In a country of disparities like India, that can only belong to those children who are privileged enough to have an education and are blessed with parents who encourage their imagination to soar, providing them access to books in an acquired language about people who live in other lands.

More about The Bobbsey Twins series