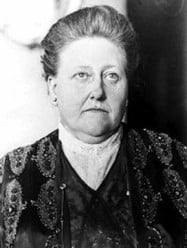 Prolific American poet Amy Lowell (1874 – 1925) was above all considered an Imagist, which in her definition was the “concentration is of the very essence of poetry” whose aim is to produce verses “that is hard and clear, never blurred nor indefinite.” Here are presented in her words, thoughts on her vers libre (free verse) poetry.

Lowell was kind of an evangelist of poetry, powered by her incredibly energy. She lectured tirelessly to promote poetry, and wrote ceaselessly — in addition to more than 650 poems, she wrote numerous essays, as well as works of criticism and translation. T.S. Eliot called her “the demon saleswoman of poetry.”

Here to shed more light on her work is the poet herself, from the Preface of Men, Women and Ghosts (1919):

It has long been a favorite idea of mine that the rhythms of vers libre have not been sufficiently plumbed, that there is in them a power of variation which has never yet been brought to the light of experiment.

I think it was the piano pieces of Debussy, with their stance likeness to short vers libre poems, which first showed me the close kinship of music and poetry, and there flashed into my mind the idea of using the movement of poetry in somewhat the same way that the musician uses the movement of music.

It was quite evident that this could never be done in the strict pattern of a metrical form, but the flowing, fluctuating rhythm of vers libre seemed to open the door to such an experiment. First, however, I considered the same method as applied to the more pronounced movements of natural objects. 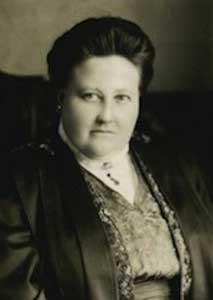 If the reader will turn to the poem, “A Roxbury Garden,” [s]he will find in the first two sections an attempt to give the circular movement  of a hoop bowling along the ground, and the up and down, elliptical curve of a flying shuttlecock.

From these experiments, it is but a step to the flowing rhythm of music. In “The Cremona Violin” I have tried to give this flowing, changing rhythm to the parts in which the violin is being played.

The effect is farther heightened, because the rest of the poem is written in the seven line Chaucerian stanza; and, by deserting this ordered pattern for the undulating line of vers libre, I hoped to produce something of the suave, continuous tone of a violin. Again, in the violin parts themselves, the movement constantly changes, as will be quite plain to any one reading the passages aloud.

In “The Cremona Violin,” however, the rhythms are fairly obvious and regular. I set myself a far harder task in trying to transcribe the various movements of Stravinsky’s “Three Pieces Grotesques for String Quartet.” Several musicians, who have seen the poem, think the movement accurately given.

These experiments lead me to believe that there is here much food for thought and matter for study, and I hope many poets will follow me in opening up the still hardly explored possibility of vers libre.

Prior to what she presented above on vers libre in Men, Women, and Ghosts, Lowell also added these remarks to the introduction of Can Grande’s Castle (1918) the previous year:

“It has long been a favorite idea of mine that the rhythms of vers libre have not been sufficiently plumbed, that there is in them a power of variation which has never yet been brought to the light of experiment …

I prefer to call them poems in “unrhymed cadence”, for that conveys their exact meaning to an English ear. They are built upon “organic rhythm”, or the rhythm of the speaking voice with its necessity for breathing, rather than upon a strict metrical system.

They differ from ordinary prose rhythms by being more curved, and containing more stress. The stress, and exceedingly marked curve, of any regular metre is easily perceived.

These poems, built upon cadence, are more subtle, but the laws they follow are not less fixed. Merely chopping prose lines into lengths does not produce cadence, it is constructed upon mathematical and absolute laws of balance and time.”