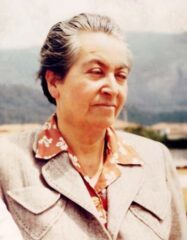 Gabriela Mistral, born Lucila Godoy Alcayaga (April 7, 1889 – January 10, 1957), was a Chilean poet, educator, diplomat, and feminist. She grew up living in poverty with her family in a small Andean village of Montegrande and developed her father’s gift for teaching despite having dropped out of school at age fifteen.

After multiple notable works including Sonetos de la muerte (1914) and Lagar (1954), Mistral received national recognition and praise as her was translated into various languages from her native Spanish.

Though she’s best known for being the first Latin American woman to receive the Nobel Prize in Literature, she did so much more during her remarkable life. Here are some fascinating facts about Gabriela Mistral that may inspire you to learn more about her, and better yet, to read her work.

She was involved in diplomatic activity

Mistral was heavily involved with diplomatic activity as she served as honorary consul at Madrid, Lisbon, Nice, Brazil, and in Los Angeles. In addition, she also served as a representative of Latin America in the Institute for Intellectual Cooperation of the League of Nations and the United Nations.

Thanks to her participation in these activities, she was able to travel to nearly every major country in Europe and Latin America.

Her work was influenced by heartbreak

Mistral met her first love, a young railroad worker named Romelio Ureta, in 1906. Sadly, he killed himself in 1909. After Ureta’s death, she found love again, though it didn’t last very long —  her second love married somebody else.

After getting her heart badly broken twice, she felt inspired to write about her painful emotions . Writing about her lover’s suicide allowed her to gain a different perspective on death than the previous generations of Latin American poets. This is when she created her first recognized literary work in 1914, Sonetos de la muerte. 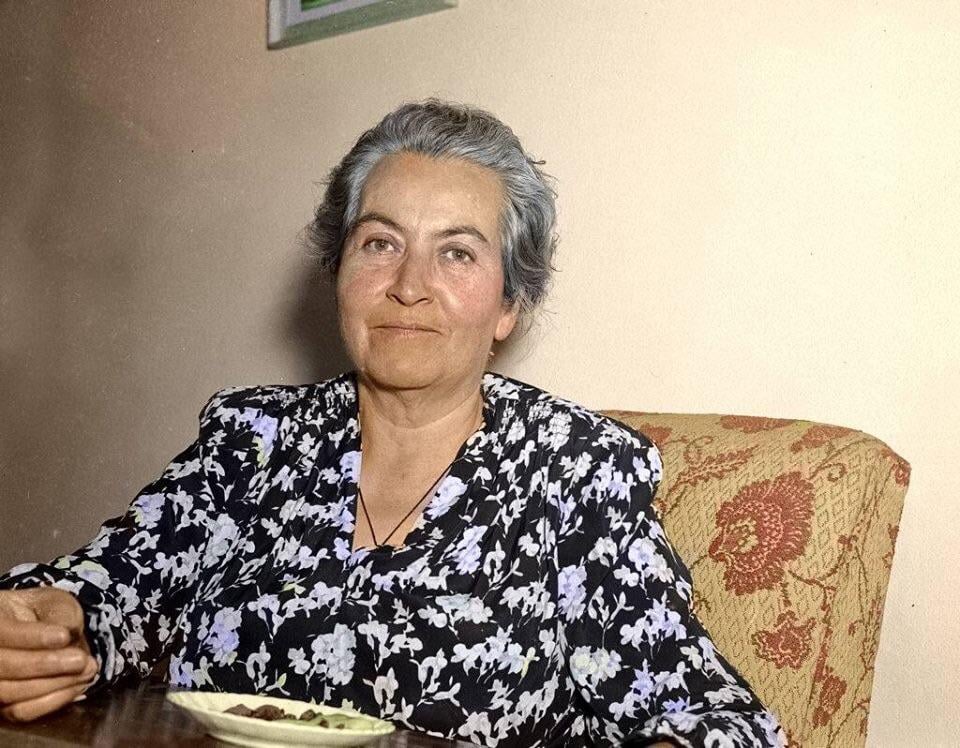 Much of her later poetry focused on the theme of death

After winning the Nobel Prize for Literature in 1945, Mistral’s heart completely broke once again after the suicide of her nephew who she adopted and raised as her son. Around the same time, her good friends Stefan Zweig and his wife also committed suicide.

While trying to cope with the loss of many loved ones, Mistral was dealing with a health issue as well. As a result of her diabetes diagnosis, most of her last works implied that she was awaiting death and had complete faith in God to leave it in his hands.

See 9 Poems by Gabriela Mistral on Life, Love, and Death.

Her pen name was inspired by two of her favorite poets

After winning the Juegos Florales in the Chilean capital, Santiago, she used her given name, Lucila Godoy, at times for her publications. Shortly after, she then formed her pseudonym from two of her favorite poets, Gabriele D’Annunzio and Frédéric Mistral in 1908. From then on, she has been using the pen name, Gabriela Mistral, for most of her writing. 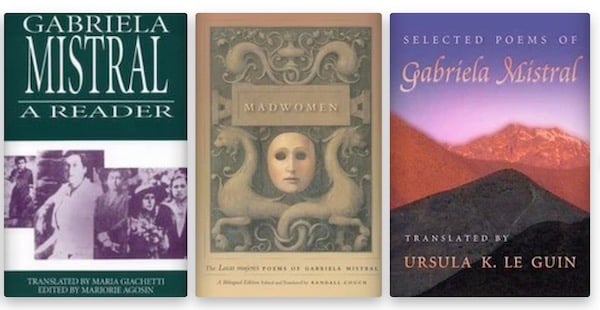 Some believe she was a closet lesbian

During the 1970s and 80s, Gabriela Mistral’s image was presented by the military dictatorship of Pinochet as the symbol of “submission to the authority” and “social order.” Licia Fiol-Matta, an assistant professor of Spanish and Latin American Cultures at Barnard College challenges her saint-like celibate image and claims that she was a closet lesbian.

Chilean poet Volodia Teitelboim claims that he hasn’t found any indications that she might be a lesbian in her writing. In the early 2000s, some love letters were discovered between Mistral and a male poet after a thesis of the lesbianism of Mistral was put forward. She died in 1957 with Doris Dana by her side. Dana inherited her estate after Mistral’s death.

She used her poetry as a voice for the voiceless

Growing up in poverty made Mistral sympathetic to those who were vulnerable. She also defended the freedoms of democracy and pushed for peace during social, political, and ideological conflicts, not only in Latin America but around the world.

She took the side of those who were mistreated by society, including children, women, Native Americans, Jews, workers, war victims, and the poor. She turned to poetry, newspaper articles, letters, and her actions as she was a Chilean representative in international organizations. Her main concern was the future of Latin America and its cultures, specifically in native groups. 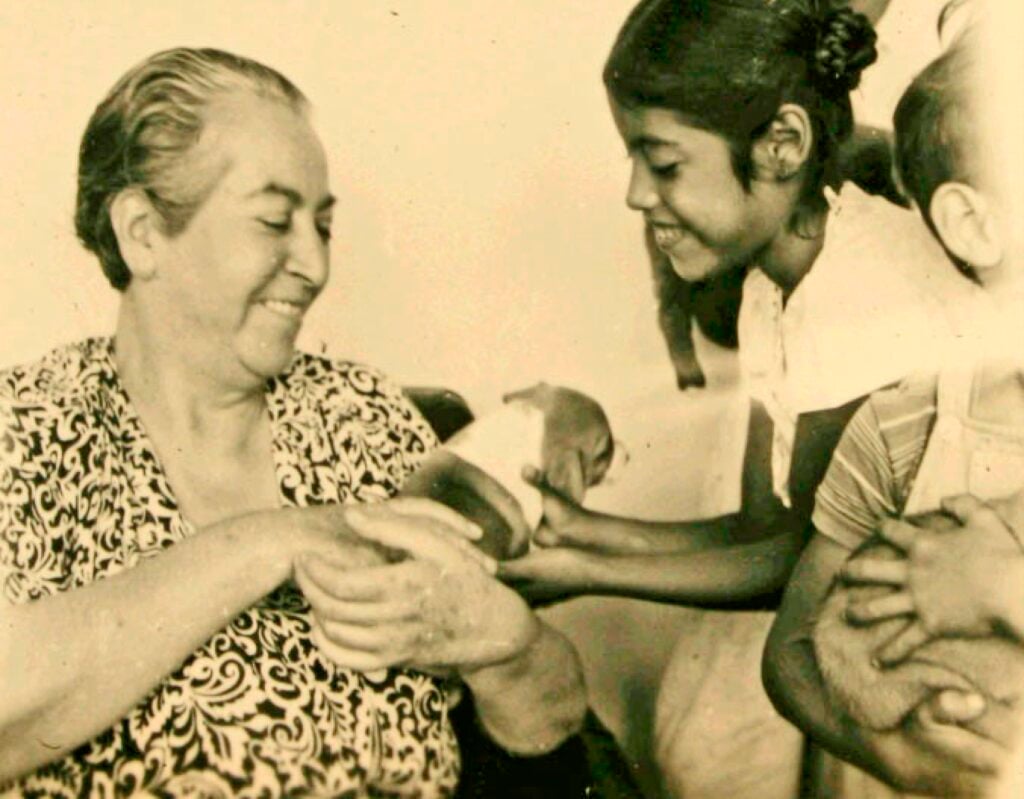 Mistral’s grandmother was an extremely religious person. As a child, Mistral was encouraged by her grandmother to learn and recite passages from the Bible, specifically the Psalms of David. Eventually, she was able to recite passages by heart. Mistral later said in her poem, Mis Libros, that the Bible was one of the books that influenced her writing the most.

She died of pancreatic cancer in New York City

Toward the end of an active life, Mistral became unable to travel due to her declining health. She developed diabetes in 1944 and sought medical aid in the United States in 1946.

Later on, she was given more devastating news. Mistral was diagnosed with pancreatic cancer and passed away in Hempstead Hospital in New York City at the age of sixty-seven in 1967. She was buried in Chile where thousands of Chileans gathered together to mourn the death of a spectacular woman.