“Wilder, Eve” – Else Lasker–Schüler’s Vision of Woman in Eden 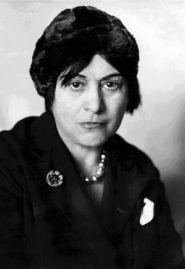 This look at one of her best-known works is adapted from the forthcoming Wilder, Eve, Some Early Poems of Else Lasker-Schüler, translated by Francis Booth. Reprinted by permission.

Born Elizabeth Schüler into a middle-class banking family in what is now Wuppertal, Germany in 1869, she began writing poetry very early, imagining herself as a child living in the Orient, a fantasy that persisted throughout her life.

Else Lasker-Schüler later lived a bohemian life among writers, artists, and intellectuals in Berlin, where she moved to train as an artist in 1894 with her first husband, physician, and chess master Jonathan Berthold Lasker. 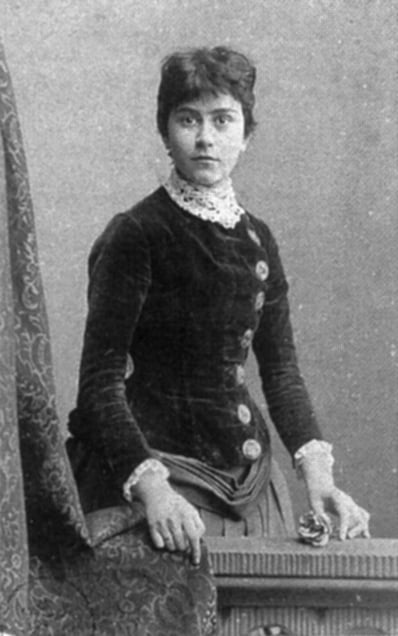 Else and Jonathan divorced in 1903 and in the same year Lasker-Schüler married the artist Georg Lewin, who founded the seminal expressionist magazine Der Sturm, which pioneered the new art movement and published all of its leading figures, including Else herself. She called her new husband Herwarth Walden, after Thoreau’s Pond.

After their divorce, Lasker-Schüler was left in poverty and without an outlet for her art and poetry. She soon formed a close friendship with Franz Marc of the Blue Rider group of painters; they exchanged illustrated postcards and letters, many of which are still extant and have been published.

In a dedication in her 1917 Collected Poems, from which all the translations in this book are taken, Lasker-Schüler says. The cover, drawn by me, I give to Franz Marc.

In 1912 she also became close, both romantically and artistically, to the expressionist poet Gottfried Benn, formerly a pathologist who dissected hundreds of bodies in 1912/1913, around the time of the publication of his first volume, Morgue and other Poems.

While in Berlin, Lasker-Schüler embraced political activism, writing, and agitating against the publishing industry and in favor of animal rights, artists’ rights, and Jewish causes. Although not explicitly a feminist, she advocated and herself always used “gender-just” grammar, anticipating by over 100 years the recent debates over “das Gendern” / gendering. 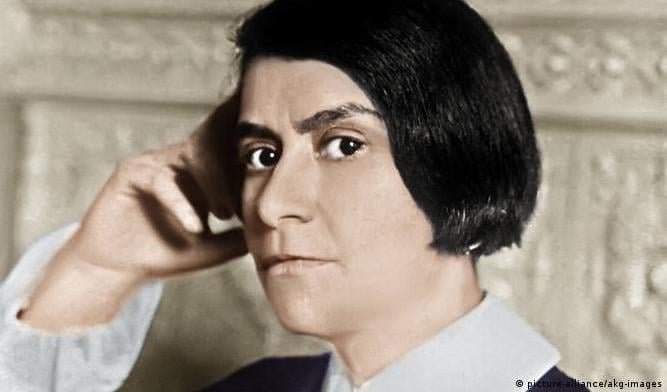 Else lived in Berlin until 1933, when she fled Nazi persecution, despite having won the prestigious Kleist Prize in 1932, first living in Switzerland but finally settling in Jerusalem where she lived until her death in 1945.

In Israel, she lived a life of poverty and eccentricity, mocked by local children for her strange behavior and mode of dress. Lasker-Schüler formed a literary salon in Jerusalem called Kraal, which was opened by Martin Buber in 1942, but its meetings were banned since they were held in German.

This book of translations takes its title, Wilder, Eve – the comma is crucial – from the poem Die Stimme Edens / “The Voice of Eden,” where Lasker-Schüle addresses the “Wilder Eve,” or rather, where she advises Eve to be wilder, to embrace her ‘wild’ or independent self.

The German word Wilde has several implications here, all of which may be intended to portray Else’s original woman as the outsider, a role she advocates all women embracing: eine Wilde is a wild woman; wilde(r) can refer to a student who does not belong to any fraternity/sorority or to an independent official who does not belong to any party; wilderer means poacher. The word I have translated as “womb” in the third stanza (Schoß) can also mean lap or bosom.

Wilder, Eve, confess to straying,
Your desire was the snake,
Its voice writhed over your lip
And bit at the hem of your cheek.

Wilder, Eve, confess to raging,
The day that you wrested from God
Since you saw the light too early
And into the blind chalice sank shame.

Colossal
Ascending out of your womb
At first like fulfilment fearfully,
Then gathering itself impetuously
Creating spontaneously
God’s soul . . .

And it wakes
Beyond the world,
Its beginnings lost,
Beyond all time,
And back to your thousand-heart,
End outstanding . . .

Sing, Eve, your anxious song alone,
Lonely, drop-heavy as your heart beats,
Loosen the dark cord of tears
That lays down on the neck of the world.

How the moonlight changes your countenance.
You are beautiful . . .
Sing, sing, hark, to the sound of carousing
Plays the night and knows nothing of events.

Everywhere the deaf roar —
Your fear rolls over the earth’s steps
Down God’s back.

There is hardly a space between him and you
Hide yourself deep in the eye of the night,
That your day may wear night-dark.

Stifle heaven, that bends itself towards stars
Eve, shepherdess, they coo
The blue doves in Eden.

Eve, turn round before the last hedge yet!
Do not cast shadows with yourself,
Bloom, seducer.

Eve, you are called eavesdropper
Oh you foam-white grape
Refugee still from the tip of your slenderest eyelash.

Else Lasker-Schüler as her character Prince Yussuf, 1912

Quotes by Else Lasker-Schüler

“I was born in Thebes (Egypt), though I also came into the world in Elberfeld, in the Rhineland. I went to school until I was 11, became a Robinson, lived in the Orient for 5 years, and I have been vegetating ever since.” (Mankind’s Twilight, 1920)

“At the age of five I wrote my best poems; my mother always found the scribbled scraps of paper that came out of my clothes pocket when I took out the favorite buttons from my button collection.” (Collected Works)

“Whether one plays with green, purple, and blue stones or whether one writes poems, it is exactly the same. (Letters to Karl Kraus)”

Amongst Those Left: The British Experimental Novel 1940-1960 (published by Dalkey Archive); Everybody I Can Think of Ever: Meetings That Made the Avant-Garde; Girls in Bloom: Coming of Age in the Mid-Twentieth Century Woman’s Novel; Text Acts: Twentieth-Century Literary Eroticism; and Comrades in Art: Revolutionary Art in America 1926-1938.