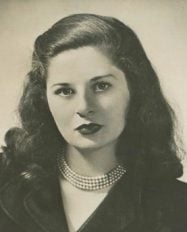 Maureen Daly (1921 – 2006) was an Irish-Born American author and journalist, best known for the novel Seventeenth Summer (1942). Though twenty-one at the time of its publication, she wrote it while in her teens. Originally intended it for adult readers, it drew an enthusiastic audience of teens, and as such, is considered one of the early entries into the genre of Young Adult fiction. This appreciation of Seventeenth Summer is excerpted from Girls in Bloom: Coming of Age in the Mid-20th Century Woman’s Novel  by Francis Booth, reprinted by permission.

The rise of the teenager in the 1940s was accompanied by the rise of the teenage novel: novels written for and about – and even by – teenage girls. The 1940s and 50s saw several series of books by female authors about girls in their “seventeenth summer,” intended to be read by girls of around that age or younger; the exact demographic for the Sub-Deb columns in teen magazines and Betty Cornell’s advice columns.

But unlike the Sub-Debs, these “practically seventeens” are generally not obsessed with their looks, their school peer group, their figure, or with dating boys; the girls in these novels  are mostly bookish and shy – like, presumably, the girls who read them – though they often have more glamorous and more extroverted older sisters.

And, unlike the central characters in the more literary novels intended for adults that we are considering, the girls in these books usually have normal, loving, middle-class, middle-American parents, with whom they tend not to have angst-ridden, existential conflicts. The father is usually employed in a respectable job and the mother stays at home cooking and baking and so tends to be slightly overweight and homely, giving her daughters a comfortable shoulder to cry on.

Starting with “Fifteen” and “Sixteen”

One of the earliest examples of this genre was the short story “Sixteen” by Maureen Daly – later the editor of the Ladies’ Home Journal’s Sub-Deb column – which won first prize in a short story competition in 1938 when Daly was herself sixteen and still at school; the previous year she had entered a story called “Fifteen” and won third prize.

The narration foreshadows the knowing, conspiratorial tone of many of the subsequent novels about sixteen-year-old girls, many of which were influenced by it. The unnamed narrator is confident, modern, and independent; like some of her successors (and of course Cinderella), she has two older sisters as better or worse role models.

“Now don’t get me wrong. I mean, I want you to understand from the beginning that I’m not so really dumb. I know what a girl should do and what she shouldn’t. I get around. I read. I listen to the radio. And I have two older sisters. So, you see, I know what the score is … I’m not exactly small-town either. I read Winchell’s column.

You get to know what New York boy is that way about some pineapple Princess on the West Coast and what Paradise pretty is currently the prettiest. It gives you that cosmopolitan feeling. And I know that anyone who orders a strawberry sundae in a drugstore instead of a lemon Coke would probably be dumb enough to wear colored ankle-socks with high-heeled pumps or use Evening in Paris with a tweed suit. But I’m sort of drifting. This isn’t what I wanted to tell you. I just wanted to give you that the general idea of how I’m not so dumb. It’s important that you understand that.”

The narrator is ice-skating when a boy comes up and says, “Mind if I skate with you?” She agrees. “That’s all there was to it. Just that and then we were skating. It wasn’t that I’d never skated with a boy before. Don’t be silly. I told you before, I get around. But this was different. He was a big shot at school and he went to all the big dances and he was the best dancer in town.”

Afterward, walking home in the snow they talk, softly, “as if every little word were secret… A very respectable Emily Post sort of conversation and then finally – how nice I looked with snow in my hair and had I ever seen the moon so close?” As he leaves her at her door the boy says he will call her.

“And that was last Thursday. Tonight is Tuesday. Tonight is Tuesday and my homework is done and I darned some stockings that didn’t really need it, and worked a crossword puzzle, and I listened to the radio and now I’m just sitting. I’m sitting because I can’t think of anything, anything but snowflakes and ice skates and the yellow moon and Thursday night. The telephone is sitting on the corner table with its old black face turned to the wall so I can’t see its leer. I don’t even jump when it rings any more. My heart still prays but my mind just laughs …

As a sixteen-year-old herself, Daly fully understands and beautifully communicates this life-altering tragedy in a way that no adult novelist could. 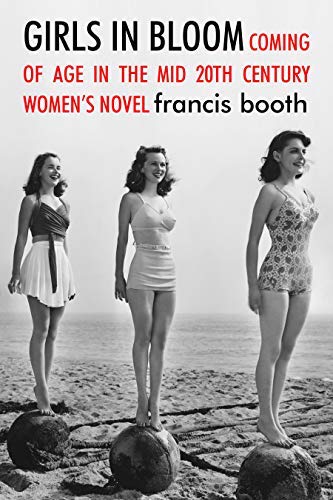 One of the earliest full-length teen girl books of the 1940s, and arguably the first Young Adult novel, is Daly’s first novel, Seventeenth Summer. Since the category did not exist at that time it was issued as an adult novel, though Maureen Daly herself was still – just – a teenager, and still at college when she finished writing it.

It continues the theme of the short story ‘Sixteen’ and foreshadows many of the features of the later books aimed at teenage girls by Rosamond du Jardin and others, with its almost-seventeen narrator whose world consists entirely of her family – conventional middle-class father, mother, and three sisters – her school and her first boyfriend; the novel covers just the summer of their relationship.

It opens rather like Daly’s earlier “Sixteen”: ‘I don’t know just why am telling you all this. Maybe you think I’m being silly. But I’m not, really, because this is important. You see, it was different!’

Of course, it is only important within Angie’s small world and only different compared her previously very limited experience. She says to her date, Jack, “I just want to read a lot and learn everything I can,” but she is just trying to impress him. In return, he says he wants to go to an opera wearing a cape and white gloves, “I don’t know much about music,” he says. “I don’t even like it a lot but I could learn.”

But Jack’s family is socially one step down from Angie’s and she notices the difference even if he doesn’t. Her mother notices too. “It isn’t that my mother doesn’t like boys, as I explained, but because we are girls and because we are the kind of family who always uses top sheets on the beds and always eat our supper in the dining room and things like that – well, she just didn’t want us to go out with anybody.” Her mother probably reads Ladies Home Journal.

This social difference is put under the microscope the first time Jack comes for dinner. Angie’s older sister Lorraine shows off her knowledge of literature, deliberately – at least in Angie’s mind – to expose Jack; she asks him if he has read various books.

Jack looked at her in her embarrassment and his lips were awkward with his words. “I don’t read much,” he confessed and my heart slipped down a little “I don’t read at all as much as I’d like to,” he went on, “but, gee, with school and everything …” He looked at her in apology and then at me, adding feebly, ‘“ play a lot of basketball and things …”

Angie defends him, but only in her mind, she does not speak up in his defense. Her sisters do not realize, she thinks, that “he could dance to any kind of music at all, fast or slow, and that any girl in town would be glad to wear his basketball sweater even for one night.” But the disastrous meal is soon made even worse by Jack’s eating habits and even Angie starts to look down on him.

“In our house where we had never been allowed to eat untidily, even when we sat in highchairs! It all seemed so suddenly and sickeningly clear – I could just see his father in shirtsleeves, piling food onto his knife and never using napkins except where there was company. And probably they brought the coffee pot right in and set it on the table.

My whole mind was filled with a growing disdain and loathing. His family probably didn’t even own a butter knife! No girl has to stand for that. Never. If a boy gets red in the face, sputters salad dressing on the tablecloth, and hasn’t even read a single book to talk about when you ask him over for dinner, you don’t have to be nice to him – even if he has kissed you and said things to you that no one has ever said before!”

Maureen Daly became a journalist after leaving college – she graduated in English and Latin – working as a reporter and book reviewer on the Chicago Tribune and Saturday Evening Post as well as at one point editing the Sub-Deb column at the Ladies’ Home Journal. But, despite the success of Seventeenth Summer, which sold over a million copies, and was reissued in 2002, Daly wrote no more novels until the mid-1980s. 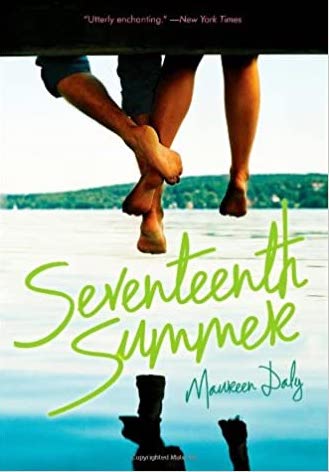