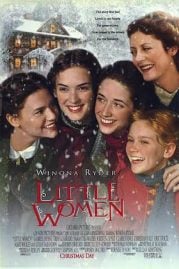 Little Women, the beloved 1868 novel by Louisa May Alcott (1832 – 1888), follows the lives of the four March sisters — Meg, Jo, Beth, and Amy. The 1994 film adaptation of Little Women centered on strong-willed, tomboyish Jo, who was as much of a standout character as in the novel.

With a screenplay by Robin Swicord, and directed by Gillian Armstrong (also the director of the wonderful 1979 film version of My Brilliant Career), this was the fifth feature film adaptation of Alcott’s classic Little Women.

It followed silent versions released in 1917 and 1918; director George Cukor’s 1933 film; and a 1949 adaptation by Mervyn LeRoy. The film was released nationwide on Christmas Day of 1994 by Columbia Pictures. It would be twenty-five years (December 2019) before another adaptation would appear.

The focus of the film is on the March sisters, growing up in Concord, Massachusetts during and after the American Civil War. As their father is away fighting in the war, the girls struggle with both major and minor problems under the watch of their firm yet loving mother, Marmee. The girls perform romantic plays written by Jo in their attic theater to escape their humdrum reality. 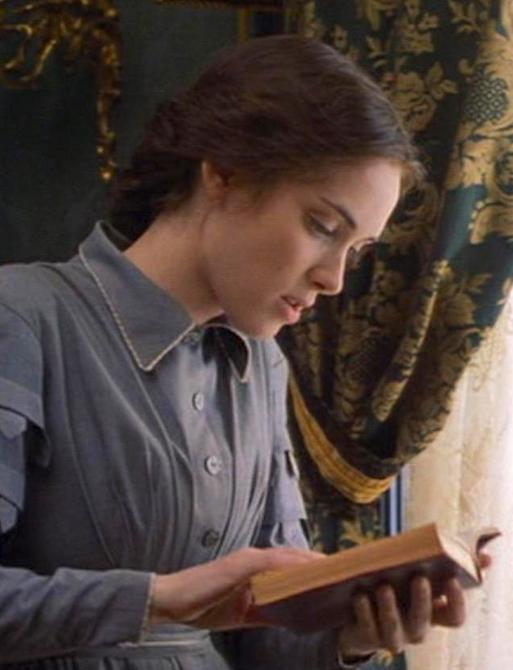 “Some books are so familiar, reading them is like being home again.” Though Jo March was talking about Shakespeare, we’re all aware that Little Women is a nostalgic novel that gives viewers the same warm feeling.

In the film review “The Gold Standard Girlhood Across America,” by Janet Maslin wrote in The New York Times, December 1994:

“Ladies, get out your hand-hemmed handkerchiefs for the loveliest Little Women ever on screen. Armstrong’s film is enchantingly pretty and so potent that from the start of the opening frame, it prompts a rush of recognition. She clearly demonstrates that she mastered the essence of the book’s sweetness and chose young vibrant actresses who were absolutely right for their famous roles.

The effect of the film on its viewers is magical and for all its unimaginable innocence, the film has a touching naturalness this time.”

Maslin was pleasantly surprised as she said that the film is “sentimental without being saccharine.” She claims that the filmmaker is “too savvy to tell this story in a cultural and historical vacuum.” 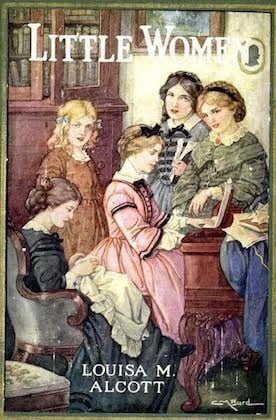 The perfect cast for the job

Winona Ryder plays the tomboy Jo exceptionally well as she performs with spark and confidence. She is the self-proclaimed “man of the family” with just a perfect touch of perseverance. Her presence in the film adds an appealing and refreshing linchpin to the classic film.

The perfect contrast to Jo is scene-steaming Amy, played by Kirsten Dunst. Her character is vain and mischievous, fitting for an 11-year-old rather than the grown-up Joan Bennett from the 1933 movie version of the novel.

Meg has a ladylike composure, which Trini Alvarado captures exceptionally well. Her role as the oldest and most marriageable of the sisters was not only perfect for the 1994 film, but it was also a perfect showcase for her versatility and dramatic ability.

Beth, played by Claire Danes, instantly gains the sympathy of the audience as the sickly one. Throughout the film, Beth is relatively selfless character, and after her somber death, viewers may find themselves reduced to tears.

There may not be much action in the film, but that’s how life typically was for women in the 19th century. They came together and talked endlessly about their hopes, dreams, and mostly, their marital destinies. 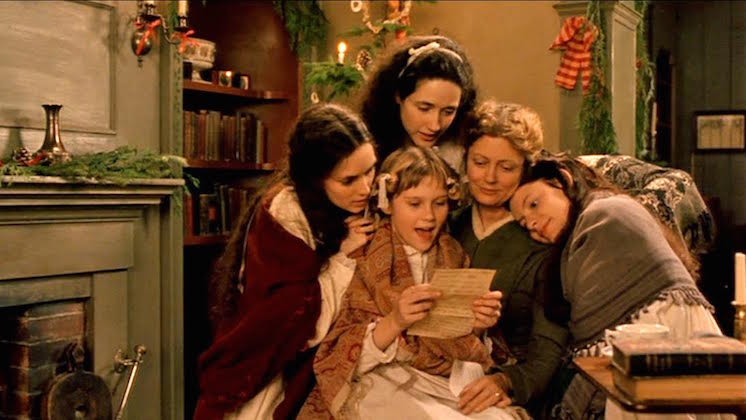 Robert Ebert of the Chicago Sun-Times wrote in his 1994 review that “Little Women grew on me. At first, I was grumpy, thinking it was going to be too sweet and devout. Gradually, I saw that Gillian Armstrong […] was taking it seriously. And then I began to appreciate the ensemble acting, with the five actresses creating the warmth and familiarity of a real family,” said  He awarded the film 3 ½ stars, calling it “a surprisingly sharp and intelligent telling of Alcott’s famous story.”

Edward Guthmann of the San Francisco Chronicle claimed that the film was “meticulously crafted and warmly acted.” He observed it as a rare Hollywood studio film that captivated the interest of the audience with effects and easy manipulation.

This 1994 film was nominated for three Academy Awards, including Best Actress for Winona Ryder, Best Costume Design for Colleen Atwood (also nominated for the BAFTA Award in the same category), and Best Original Score for composer Thomas Newman, who also won the BMI Film Music Award.

Winona Ryder was given the title of Best Actress by the Kansas City Film Critics Circle Awards. Kirsten Dunst was honored for her performance in both Little Women and Interview With the Vampire by the Boston Film Society of Film Critics. Additionally, she was also given the Young Artist Award.

Screenplay creator Robin Swicord was nominated for the Writers Guild of America Award for Best Adapted Screenplay. Unfortunately, he lost to Eric Roth for Forrest Gump.

Among contemporary critics, Little Women has received an impressive and well-deserved 91% score on Rotten Tomatoes saying, “Thanks to a powerhouse lineup of talented actresses, Gillian Armstrong’s take on Louisa May Alcott’s Little Women proves that a timeless story can succeed no matter how many times it’s told.”

The latest film version of Little Women was released in December of 2019. Written and directed by Greta Gerwig, it featured Saoirse Ronan as Jo; Emma Watson as Meg; Laura Dern as Marmee; Meryl Streep as Aunt March; and  Timothée Chalamet as Laurie. While the film received accolades from critics as well as audiences, it doesn’t seem to have dethroned the 1994 film from its iconic stature. 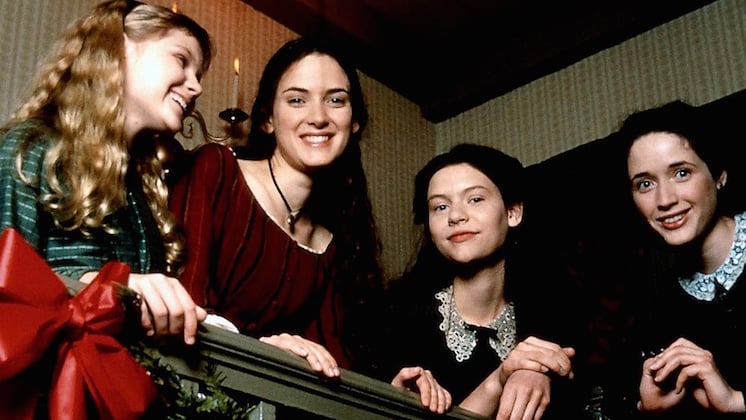