The “Bachelor Girl” — a Poem by Effie Waller Smith 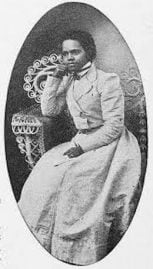 Born in the rural mountain community of Chloe Creek in Pike County, Kentucky, Effie Waller Smith (1879–1960) was the child of former slaves Sibbie Ratliff and Frank Waller, who ensured that their children were well educated.

She attended Kentucky Normal School for Colored Persons, and from 1900 to 1902 she trained as a teacher, then taught for some years. Her verse appeared in local papers, and she published her first collection, Songs of the Months, in 1904. That same year she entered a marriage that did not last long, and she divorced her husband.

In 1908 she married Deputy Sheriff Charles Smith, but this union was also short-lived. In 1909 she published two further collections, Rhymes from the Cumberland and Rosemary and Pansies. She appears to have stopped writing at the age of 38 in 1917, when her sonnet “Autumn Winds” appeared in Harper’s Magazine. She left Kentucky for Wisconsin in 1918.

This brief bio and the following poem, The “Bachelor Girl,” are excerpted from New Daughters of Africa: An International Anthology of Writing by Women of African Descent, edited by Margaret Busby. Copyright © 2019. Reprinted with permission by Amistad, an imprint of HarperCollins Publishers. The “Bachelor Girl” is hosted on The New York Public Library’s Digital Schomburg African Women Writers of the 19th Century. 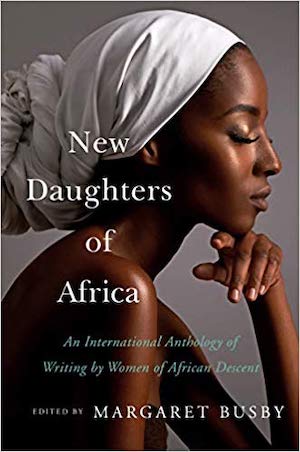 From Rhymes from the Cumberland (1909)

She’s no “old maid,” she’s not afraid
To let you know she’s her own “boss,”
She’s easy pleased, she’s not diseased,
She is not nervous, is not cross.

She’s no desire whatever for
Mrs. to precede her name,
The blessedness of singleness
She all her life will proudly claim.

She does not sit around and knit
On baby caps and mittens,
She does not play her time away
With puggy dogs and kittens.

And if a mouse about the house
She sees, she will not jump and scream;
Of handsome beaux and billet doux
The “bachelor girl” does never dream.

She does not puff and frizz and fluff
Her hair, nor squeeze and pad her form.
With painted face, affected grace,
The “bachelor girl” ne’er seeks to charm.

She reads history, biography,
Tales of adventure far and near,
On sea or land, but poetry and
Love stories rarely interest her.

She’s lots of wit, and uses it,
Of “horse sense,” too, she has a store;
The latest news she always knows,
She scans the daily papers o’er.

Of politics and all the tricks
And schemes that politicians use,
She knows full well and she can tell
With eloquence of them her views.

An athlete that’s hard to beat
The “bachelor girl” surely is,
When playing games she makes good aims
And always strictly minds her “biz.”

Amid the hurry and the flurry
Of this life she goes alone,
No matter where you may see her
She seldom has a chaperon.

But when you meet her on the street
At night she has a “32,”
And she can shoot you, bet your boots,
When necessity demands her to.

Her heart is kind and you will find
Her often scattering sunshine bright
Among the poor, and she is sure
To always advocate the right.

On her pater and her mater
For her support she does not lean,
She talks and writes of “Woman’s Rights”
In language forceful and clean.

She does not shirk, but does her work,
Amid the world’s fast hustling whirl,
And come what may, she’s here to stay,
The self-supporting “bachelor girl.”

Note to readers: Across the web, Effie Waller Smith is sometimes conflated with Effie Lee Newsome (1885 – 1979), a poet associated with the Harlem Renaissance, and the rare existing photo of Newsome is often used incorrectly to identify Smith.