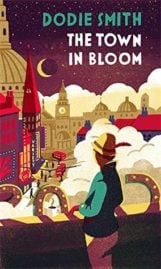 From the original review in The Corpus Christi Caller, July 1965 by Maurice Dolbier:  Dodie Smith was born near Manchester, went to London stagestruck, was unsuccessful as an actress, went into business and then wrote plays and novels.

She now has a novel in which the heroine is a stagestruck Manchester girl who goes to London, is unsuccessful as an actress, goes into business, and does some writing.

Authenticity of background, therefore, can be comfortably assumed. The rest is fiction, charming, entertaining, and at times, mildly rueful — cool refreshment in a hot summer, a champagne cocktail from Miss Smith.

The Town in Bloom is a story of London in the 1920s (with opening and closing chapters set in the present) and of four young women on their was to fame or obscurity, marriage or spinsterhood. The principal character (and narrator) is the 18-year-old Manchester miss, immediately nicknamed “Mouse” (because of her size, not her timidity).

Mouse is sure that she is capable of playing any role, from Lady Macbeth to Puck, and in her first audition at the Crossway Theatre, under the eye of its actor-manager, Rex Crossway, does play all the roles in “The School for Scandal.” 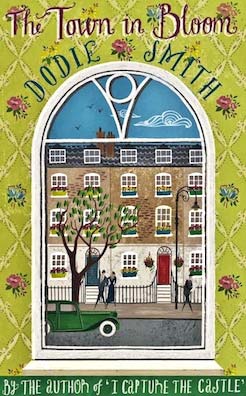 Quietly adding up the score of life

She gets a job — as assistant to Crossways’ secretary. On later occasion, when an actress falls ill and an understudy is absent, she has a moment of stage glory, but her principal triumph is offstage, with Crossway, a reluctant seducee.

The triumph doesn’t last long (it lasts until he meets, and gives a part in his play and his life to one of her dearest friends) but no hearts are broken, and it is only most of a lifetime later that Mouse quietly adds up the score. 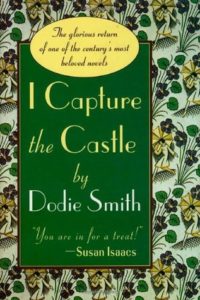 More about The Town in Bloom by Dodie Smith