The House on the Strand by Daphne du Maurier (1969) 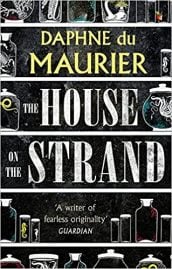 The House on the Strand  (1969) is one of prolific British author Daphne du Maurier’s later novels, and perhaps one of those less widely read and not as critically acclaimed.

The story, set in her own beloved Cornwall, is one of time travel, with elements of the gothic and supernatural. The narrator, Richard (Dick) Young, gains access to a drug that transports him from the present day (and a life he finds rather dreary) to the 14th century. There, he becomes involved in the lives of those he meets, and his two worlds collide.

A recent reconsideration of The House on the Strand on the official Daphne du Maurier site, sums up the novel’s storyline:

“In The House on the Strand, protagonist Dick Young agrees to test out a drug which his old university friend, Magnus, has developed. Staying in Magnus’s family home, Kilmarth, Dick takes the drug and is transported back in time to the fourteenth-century where he shadows his guide, Roger Kylmerth, and is immersed in a world of intrigue, adultery, and murder.

Increasingly frustrated with his modern day existence, Dick escapes into this secret other world, fascinated by the beautiful Isolda Carminowe, the adventurer Sir Otto Bodrugan, and his malevolent sister Joanna.

But Dick’s addiction to his ‘trips’ to the fourteenth-century soon becomes a danger to himself and those around him as by the end of the novel the professor is dead, Dick has tried to strangle his wife and he is experiencing paralysis.”

Both reader and critical reviews of this novel by Daphne du Maurier have proven more decidedly mixed than those of some of there other classics (including Rebecca, My Cousin Rachel, Jamaica Inn, and others), it has had its share of admirers on both sides of the Atlantic.

The following review captures the mixed reception the novel received upon its publication. 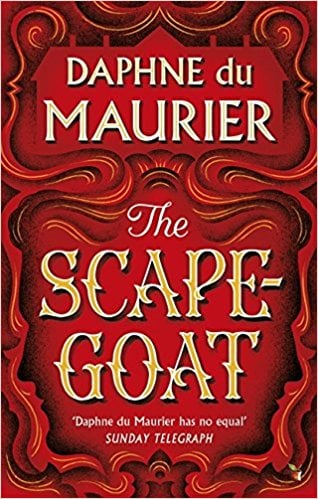 From the original review by W.G. Rogers, Saturday Review Syndicate, October, 1969: Tywardreath, Par, Polmear, Polpey, the Gratten, Lampetho — these place names from Cornwall are as much tongue twisters as if they were Welsh.

This is the stony, bleak, Land’s End setting — endpapers chart it and you recognize this as the country of Daphne du Maurier herself and many of her books. It’s a tale that unwinds in two eras, two ages — in the first half of the 14th century and the last half of the comforting, familiar, un-spooky 20th century.

Richard Young, just out of a publishing position in London, is spending some idle weeks in a home, Kilmarth, lent by his friend Magnus Lane, a biophysicist. As students together, they often came there for vacations. Now Lane stays in London and Young waits not too impatiently for the arrival of his American wife Vita and her two sons by a former marriage.,

While waiting, he has been indulging in some fantastic back-tracking. Lane in off-duty hours has concocted a potion that whisks a man on a broomstick back six centuries. Three bottles of his drug, labeled A, B, and C, are locked in his cellar. One swig of A, at Lane’s request, and Young is off to adventure.

When the story opens, he is already traipsing around in the reign of Edward II and Edward III. For a guide he has Sir Roger, and the cast of medieval characters in the drama that he watches, unseen by them, includes the families of Ferrers, Bodrugan, Champernoune, and Carminowe.

The switch over the six-century gap is abrupt and drastic. First, we have Mrs. Collins, caretaker in the 1960s, plus auto, railroad, telephone, mail, and motorboard. Then in contrast there is primitive, thatched, horseback-riding Cornwall with true and furze for the fireplace, rushes for carpet, muddy roads, stables, peasants, the belt with dagger, and also mysterious potions almost as powerful as the modern ones.

Even the geography has changed. Railroad tracks are gone, estuary replaces marsh, and winter surprisingly replaces summer. The daring visits have some ill consequences for Young like nausea and confusion, but the effects of this time machine in reverse, this fanciful looking back ward, wear off quickly.

There are other complications. Vita and the boys show up earlier than expected. Vita doesn’t understand the mystifying phone conversations between Lane and her husband. She also is upset by his unexplained disappearances — is he having an affair? When he is still under the influence of the drugs, he looks to her simply and disgustingly drunk.

He is in fact drunk with his baffling adventure. He witnesses a brutal murder six hundred years in the past, and with his tongue still loose as an effect of the hallucination, he mentions it most indiscreetly to 20th-century listeners.

There is a death and maybe a murder in the present, followed by an inquest. Some research in genealogies and musty histories is partially revealing. There’s enough to make you suspect that somewhere in this labyrinthine situation there is some truth.

Perhaps in a tale of this ephemeral nature the truth has to be elusive The key device is trite, and for all of this author’s demonstrated skill in plotting and working up goosebumps, a lot of this is hard to believe, even as a fantastical tale.

This is no match for Rebecca, My Cousin Rachel, The Scapegoat, or many other novels among du Maurier’s titles. In a world rent by many dreadful problems, it seems a wast to write this story or to read it. On the other hand, if you’v had enough of problems, here’s an escape.

Start reading by lamplight if you’d like, for the beginning is slow. But du Maurier after a while whips up some suspense and you should finish by light of day. 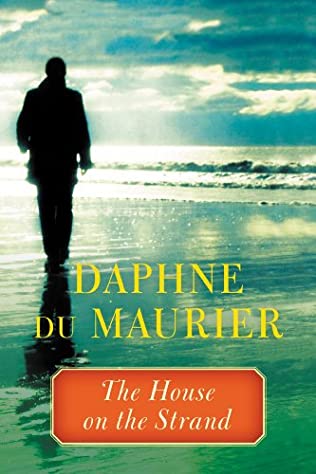 More about The House on the Strand by Daphne du Maurier