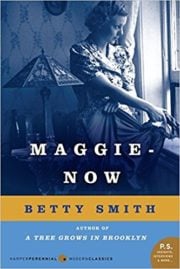 Adapted from the original review of Maggie-Now in Saturday Review, April, 1958. It is some years since A Tree Grows in Brooklyn by Betty Smith scored its dazzling hit and a few less since the appearance of its less impressive successor, Tomorrow Will Be Better.

Maggie-Now is the story of an Irish immigrant family in Brooklyn in the early part of the 20th century, when the stream of immigration, from the Old Countries was at its flood. Though Maggie is Irish, the book turns its eye also on the other immigrant stocks as they converted Brooklyn into a churning microcosm of the American melting pot.

However, the author does not make the mistake of diffusing her attention over too large a field. Maggie-Now, her parents, her itinerant husband and her family are the group on whom the spotlight is turned.

Not as gripping as A Tree Grows in Brooklyn

Why then does the story fail to grip as “A Tree” once did? Chiefly, I imagine, because it is cast in a mold that has become overfamiliar — a picture of the old folks in the Old Country; the coming of the hero or heroine to America; the discovery of neighbors, friends and a new way of life; marriage, children and Americanization; the problems of making a living and raising a family; and sundry domestic crises leading up to a final triumphant sentimental and affirmative curtain.

This is the standard pattern, and Miss Smith hews to it meticulously. In its broad outlines the story is completely predictable and hence lacking in excitement. 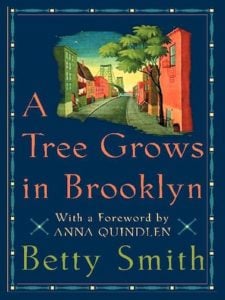 1943 review of A Tree Grows in Brooklyn

In fairness to the author, it should be said that she recounts the story of Maggie-Now (The provenance of this peculiar name is given part way into the story) with a wealth of accurate detail, and that her characters are breathing, believable people.

Maggie herself, her peripatetic husband, Claude, the wise parish priest, the kindly cop and the rest of them are all very much like characters we have previously met in fiction. The world into which Miss Smith takes us is one we have come to know all too well. 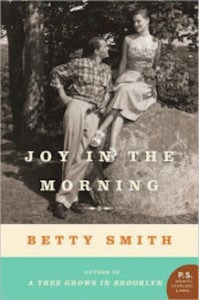 See also: Joy in the Morning