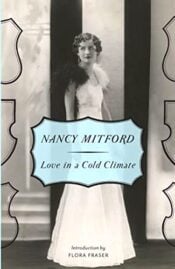 Not a sequel but a companion volume of sorts to its predecessor, like Mitford’s other novels, it satirized upper-class life in England.

The Pursuit of Love was Mitford’s fifth novel but her first breakaway success, selling two hundred thousand copies within the first year. It set the stage for Love in a Cold Climate, which proved to be equally successful.

The two novels established Mitford as a bestselling author, and both have both been reprinted and adapted for television multiple times, among others the miniseries Love in a Cold Climate (2001) and The Pursuit of Love (2021).

Though published a few years later, Love in a Cold Climate isn’t considered a sequel of The Pursuit of Love, due to its fairly concurrent time frame. Frances “Fanny” Wincham is the narrator of both.

Fanny is the cousin and close friend of Linda, the protagonist of The Pursuit of Love, and a distant cousin of Polly, the main character of Love in a Cold Climate.

Fanny appears once again in Don’t Tell Alfred (1960), which focuses more on herself and her marriage. Together, the three books form a loose trilogy.

A brief synopsis of Love in a Cold Climate

“A sparkling romantic comedy that vividly evokes the lost glamour of aristocratic life in England between the wars.

Polly Hampton has long been prepared for the perfect marriage by her mother, the fearsome and ambitious Lady Montdore. But Polly, with her stunning good looks and impeccable connections, is bored by the monotony of her glittering debut season in London.

Having just come from India, where her father served as Viceroy, she claims to have hoped that society in a colder climate would be less obsessed with love affairs.

The apparently aloof and indifferent Polly has a long-held secret, however, one that leads to the shattering of her mother’s dreams and her own disinheritance.

When an elderly duke begins pursuing the disgraced Polly and a callow potential heir curries favor with her parents, nothing goes as expected, but in the end all find happiness in their own unconventional ways.” 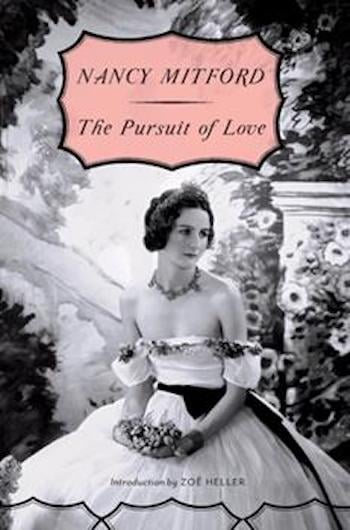 Love is the only social problem that looms on the horizon of Hampton, where Polly Hampton, heiress of a very rich and grand old family has reached the marriageable age and to the horror of her mother, Lady Mountdore, a tremendous snob, shows no interest in men.

Polly confides to her friend, Fanny Logan, who tells the story, that she had noticed in India, where her father was viceroy, a great preoccupation with love affairs, but she had thought perhaps in a cold climate … She is, of course, utterly wrong.

Polly, beautiful as the morning and bright as an English mist, unaccountably fixes her choice on her newly widowed uncle, Boy Dougdale, an aging and lecherous lecturer whose custom it is to dispense “great sexy pinches” among the girls of the countryside.

Polly’s marriage leaves a frightful gloom at Hampton, which is dispelled, for Lady Mountdore at least, by the arrival of a family heir from Nova Scotia, a “dragonfly of a man” who subscribes to Vogue, decks himself in jewels, and induces Lady Mountdore to paint, powder, reduce, and wear terribly smart clothes.

Fanny, the storyteller, is in to way taken back by these strange proceedings. She is well conditioned to eccentricity. Here mother was called “the Bolter” for her habit of leaving husbands and lovers.

Her Uncle Matthew writes the names of his enemies (“sewers,” he calls them) on pieces of paper which he puts in drawers in the hope it will bring on their deaths within a year.

Miss Mitford’s account of decadent diversions with with wicked repartee is marked by a charmingly witty and literate style. Love in a Cold Climate is amusing, if slightly anachronistic. But English readers evidently welcome the escape into an unchanged world where there is no message and little meaning. 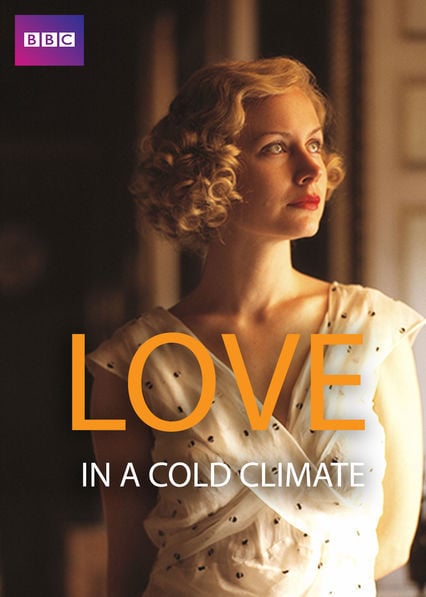 Quotes from Love in a Cold Climate

“Remember that love cannot last; it never, never does; but if you marry all this it’s for your life. One day, don’t forget, you’ll be middle-aged and think what that must be like for a woman who can’t have, say, a pair of diamond earrings. A woman of my age needs diamonds near her face, to give a sparkle.”

“And I might offer you a little advice, Fanny, it would be to read fewer books, dear, and make your house slightly more comfortable. That is what a man appreciates in the long run.”

“She had all the sentimentality of her generation, and this sentimentality, growing like a green moss over her spirit, helped to conceal its texture of stone, if not from others, at any rate from herself. She was convinced that she was a woman of profound sensibility.”

“But beauty is more, after all, than bones, for, while bones belong to death and endure after decay, beauty is a living thing.”

“There was a movement among the women. They turned their heads like dogs who think they hear somebody unwrapping a piece of chocolate.”

“They were respected by their neighbours for their conformity to the fashion of the day, for their morals, for their wealth, and for their excellence at all kinds of sport.”

“I tried to cheer her up by telling her, what, in fact, proved to be the case, that in a very short time the fields would be covered with sheep, the trees with birds, and the barrows with fruit just as usual. But though the future did not disturb me I found the present most disagreeable, that winter should set in again so late in the spring, at a time when it would not be unreasonable to expect delicious weather, almost summer-like, warm enough to sit out of doors for an hour or two.” 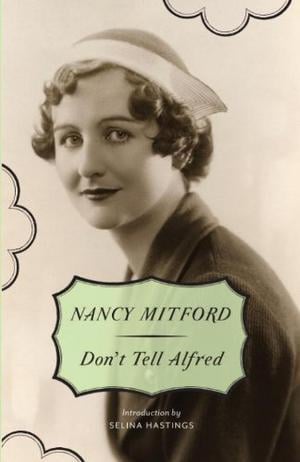 More about Love in a Cold Climate