All Passion Spent by Vita Sackville-West (1931) 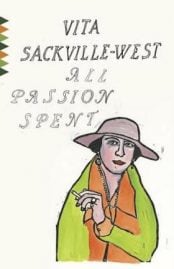 All Passion Spent by Vita Sackville-West, a 1931 novel, was one of this British author’s most popular works. Its major theme is that of gaining control over one’s own life, and it also addresses the constrictions of class and gender.

We meet Lady Slane, who has lived her adult life as the dutiful wife of a powerful politician and a respectable mother.  Her husband having just passed away, she’s already well into in her eighties but determined to live out her remaining days to their fullest.

From the publisher of the 2017 Vintage Classics edition:

“Irreverently funny and surprisingly moving, All Passion Spent is the story of a woman who discovers who she is just before it is too late.

After the death of elder statesman Lord Slane—a former prime minister of Great Britain and viceroy of India—everyone assumes that his eighty-eight-year-old widow will slowly fade away in her grief, remaining as proper, decorative, and dutiful as she has been her entire married life.

But the deceptively gentle Lady Slane has other ideas. First she defies the patronizing meddling of her children and escapes to a rented house in Hampstead. There, to her offspring’s utter amazement, she revels in her new freedom, recalls her youthful ambitions, and gathers some very unsuitable companions—who reveal to her just how much she had sacrificed under the pressure of others’ expectations.”

Vita Sackville-West (1892 – 1962 ) lived an unconventional life, marching to her own drummer. Born to great wealth, she and her husband, the diplomat Harold Nicolson, were both bisexual and gave one another the freedom to pursue other relationships. Yet they had a happy home and family, raising two sons. Vita was part of the storied Bloomsbury circle, which included her great friend Virginia Woolf.

Her work is no longer read as avidly as it was during her lifetime, yet it remains well respected. Here is an American review of All Passion Spent, typical of its positive reception both in her home country and abroad. 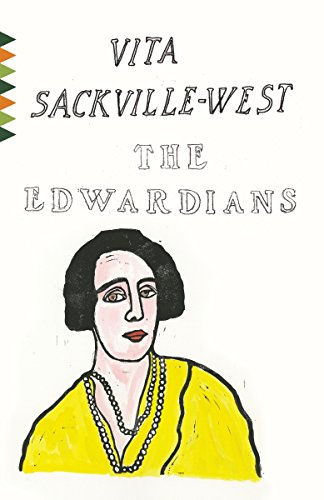 A 1931 review of All Passion Spent

From the original review  of All Passion Spent in the Indianapolis Star-Sun, November, 1931: Here is a winter’s tale that must not be spoiled for the reader by too much criticism or fanfare, both of which often prejudice a prospective reader before the book is opened.

But chances are, before you’ve read many pages, you’ll find yourself in sympathy with the elderly Lady Slane. After almost seventy years of conforming to every wish of her just-deceased husband, she decides to live her remaining years to her own liking, “calm of mind, all passion spent.”

Immediately, the author also enlists you agains all the conspiring children, grandchildren, and great-grandchildren who had planned Lady Slane’s life after the manner of the offspring. They keep her among them, an unwilling and somewhat unwelcome guest.

But Lady Slane, for the first time in her eighty-eight years, made up her own mind. With her French maid, only a few years younger than herself, she betakes them to a house in Hampstead, kept in remembrance by her for thirty years. There it was, waiting, idle, as if it had some secret understanding with her.

To this place of retirement her own children might come occasionally, but no grandchildren, and certainly not the great-grandchildren. Her life constantly in the public eye, as wife of a Viceroy to India and later prime minister, had been a strenuous one.

Now all she asked of life was that it pass her by. It pleased her to steep herself in old age. It was to be her one holiday from social publicity. Her heart craved only a small taste of quiet and privacy.

Much of the story concerns itself in establishing Lady Slane in her home, peculiarly fitted for the retirement she so desired. The great peace that came to her, “sitting there in the sun at Hamstead, in the late summer, under the south wall and the ripened peaches” steals into the heart of the reader.

It makes this reader, at least, almost eager to be eighty-eight, when one can at last step aside and meditate on the life that has been lived.

Lady Slane’s life was particularly rich in memories. This reader is delighted to go back with her over her years — what was and what might have been. As with all of us, life had played strange pranks with her, but romance was always kept in sight.

But life even in its twilight could not pass her by. It’s true that as the story is being told, Lady Slane enjoys a brief interlude of contentment, free from intruders and family disturbance. But three old gentlemen gain entry into her home, each for his own particular reason.

There was Mr. Bucktrout, the agent for the house, who felt privileged to come to tea every Tuesday afternoon, and as many times in between as the occasion permitted. Then there was Mr. Gosheron, the contractor, who looked after the repairs and was highly respected, in spite of his always wearing his hat in the house. The third was Mr. Fitzgeorge, who had known Lady Slane in India more than fifty years before.

How these three, all old, eccentric, and unworldly had populated her remote life now at its close, was a bit fantastic to Lady Slane, and in spite of her years, she thoroughly enjoyed the intrusion. For the first time in her life she was freed from pretense.

The strife and pride and living were stripped away and she was able to look at her own desires squarely in the face. She said exactly what she was thinking to the three gentlemen.

Just so, she began to belatedly discover her true self — from whom she was abruptly swept away when her marriage was arranged, and she abandoned her fond ambitions to be an artist and carve out a career for herself.

The understanding and sympathy Lady Slane is suddenly about to show her great-granddaughter Deborah, who is confronted with the same problem she faced in her own girlhood. The comfort that the two of them experience in their talk at the end of the book is Lady Slane’s last bit of happiness on the earthly plane, and would seem a fitting close to a remarkable life — frustrated and then reclaimed after hearts less stout would have proclaimed it too late.

It is, then, not the story of a tedious old lady, but of an ageless woman. No note of resignation enters into the narrative. All is quiet, even tinged with a little glamour, freedom, independence, romance, and the putting away of trivialities.

The nature of the story is such that it requires a deft touch to handle delicate situations, and Miss Sackville-West has proven herself equal to the task.

Surely the reader will derive a vicarious joy in Lady Slane’s retreat from life. This is the book’s chief hold upon us. We’re all running away  at times, a bit weary of this great world. There’s rest in this story for the earth-bound. There’s also a quiet beauty and the subtlest of charm.

And there is an infinite deal of writing between the lines. Could each of us have as peaceful and colorful a journey’s end, and go as gracefully as did Lady Slane! No doubt it takes a rich life to add so much of grace and beauty to death. 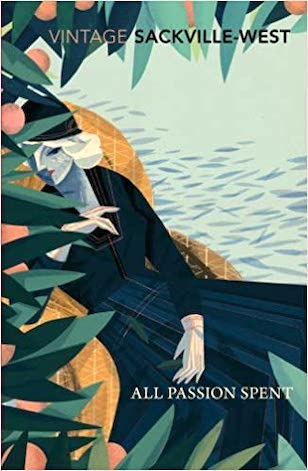 More about All Passion Spent