Those Without Shadows by Françoise Sagan (1957) 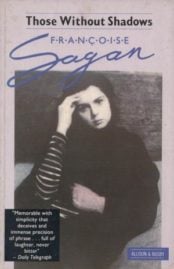 From the 1957 E.P. Dutton Edition of Those Without Shadows by Françoise Sagan: Bonjour Tristesse and A Certain Smile, Françoise Sagan’s first two novels, made literary history because of the youth and amorality of their heroines and the elegant excellence of the writing.

Now in this brilliant third novel (originally published in French as Dans un Mois, Dans un An), the exciting young author explores with the same precision but with added warmth and authority the wayward hearts of a circle of sophisticated Parisians.

Every Monday during the winter, Fanny and Alain Maligrasse, a fifty-year-old couple, entertain at their house a small group of young actors and writers. There is the novelist who falls in love with a rich young girl and neglects his wife.

There is the beautiful and ambitious actress Beatrice who drives Alain to drink and attaches to he innocent nephew. A successful theatrical producer and a brash young medical student round out the restless, animated group.

By selecting just the significant detail — the pose of a man’s back, an actress looking in a mirror, the smell of a tobacco shop, the flowered paper in a third-rate hotel bedroom, a Paris street at four in the morning — Françoise Sagan reveals the exact quality of each of the several love affairs, developing them with extraordinary human understanding.

As in her earlier novels, every scene is evocative, every word tells, her wit and humor sparks throughout. 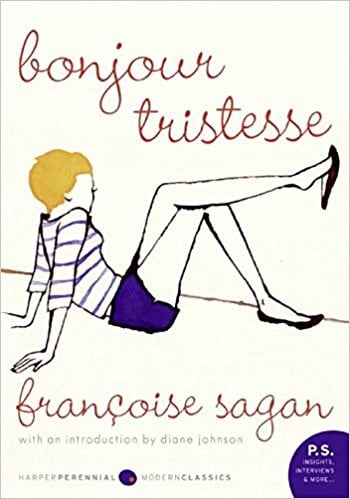 How Those Without Shadows begins

Bernard walked into the café, based for a moment under the gaze of the few customers, whose faces were distorted by the bright neon lights, and went over to the cashier. He liked cashiers: with their well-fed, dignified air, they lived in a dreamy have punctuated only by small change and matchboxes.

This one handed him a telephone slug wearily, without smiling. It was nearly four o’clock in the morning; the booth was dirty and the receiver damp to the touch. As he dialed Josée’s humber, he realized that his forced, all-night march through Paris had led up to exactly this, to the time when he would be tired enough to make this gesture quite mechanically.

It was silly, of course, to call a girl at such an hour. She wouldn’t bluntly accuse him of being rude and inconsiderate, but he knew he was acting like a spoiled child, in a way that he inwardly despised. Worse still, he didn’t really love Josée; he simply had to know what she was doing. All day long this curiosity obsessed him.

The telephone at the other end was ringing. He leaned against the wall, clutching a package of cigarettes in his pocket. The ringing stopped, and a man’s sleepy voice answered: “Hello.” Then, a second later, he heard Josée’s voice ask: “Who is it?”

Bernard stood stock-still, terrified that she would guess that it was he, that she would catch him trying to surprise her. It was a terrible moment. Finally he pulled the package of cigarettes out of his pocket and hung up the receiver.

Next thing he know, he was was walking on the quais, along the Seine, muttering to himself one obscenity after another. At the same time a second, hateful voice tried to calm him down:

“After all, she’s under no obligation to you. You didn’t ask anything of her; she’s rich and free; you’re not her official lover.” 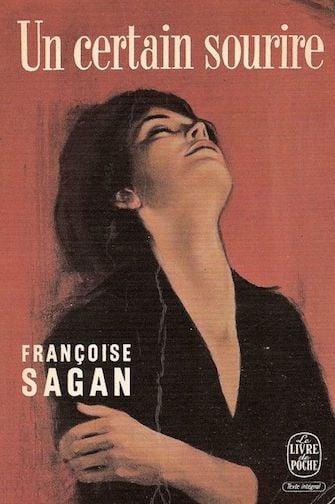 2 Responses to “Those Without Shadows by Françoise Sagan (1957)”