Wilma Rudolph, Groundbreaking Athlete for the Ages — in Pages 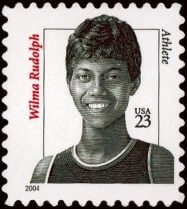 Wilma Rudolph (1940 – 1994) was a groundbreaking American Olympic champion in the field of running. As the most visible and famed Black female athlete of time, she inspired generations who came after her. Running was her passion, and she became an icon in the civil rights and women’s rights movements as well.

Books about Wilma Rudolph continue to tell her story, most aimed at younger readers who draw inspiration from her remarkable life. Here, we’ll take a look at some of them, starting with her own 1977 autobiography, Wilma.

In this slim but action-packed volume she told the story of how she, a Black woman athlete facing many obstacles, won both in life and in the toughest sports competitions in the world. She has the distinction of being the first American ever to take home three gold medals from a single Olympics.

From the publisher’s description of Wilma: The Story of Wilma Rudolph —

Her autobiography was adapted to a made for TV film starring Cicely Tyson in the title role. Wilma encapsulated the soaring highs and unfair aspects of her storied career:

“I’m proud of what I did. No matter what, I was the first American woman to win three Olympic gold medals I was the first of twenty-two kids in my family to go to college. I was the only woman in history to pack Madison Square Garden in New York, the Forum in Los Angeles, and a lot of other places for track meets. People came to see me run. But the promoters make all of the money, not me. I was strictly an amateur, in more ways than one.” 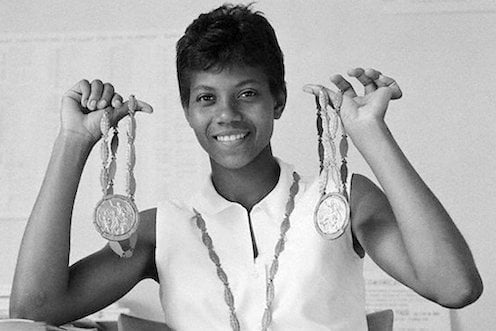 Wilma also acknowledged the Black women athletes who came before her — track stars Alice Coachman and Mildred McDaniels, whose names are scarcely known today. In turn, she became a great role model for Black female runners and other athletes who have come after her.

Wilma’s autobiography is quite hard to come by; check your local library system! If you can’t find it, you can learn more about Wilma in the generous selection of biographies telling her stories, and in anthologies of female athletes that she’s part of.  The following listing is just a sampling. 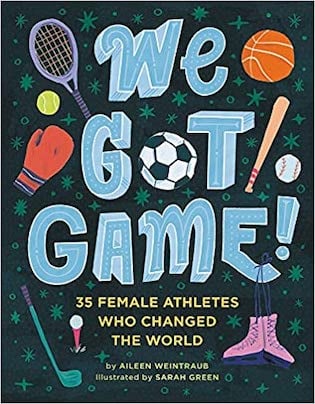 We Got Game! 35 Female Athletes Who Changed the World (2021) is a lively book in which Wilma Rudolph shares the spotlight with a slew of other trailblazing athletes.

From the publisher: Inspire kids to be their best selves and get involved in social change with this stunning anthology about thirty-five amazing women in sports around the world and throughout history. Illustrated by Sarah Green. This excerpt is from the book’s section on Wilma Rudolph:

“Even as a heroine, Wilma faced racism. The press reported her wins using racist terms and stereotypes. When her hometown set up a parade in her honor, she refused to attend because it was segregated. With her insistence, local officials finally agreed that everyone could celebrate together. It became the first integrated event in her town.

When she retired at the age of twenty-two, Wilma became a school teacher. She spent the rest of her life protesting and fighting to end segregation laws. She also founded the Wilma Rudolph Foundation, which helped support underserved athletes throughout the United States. Wilma died of cancer at the age of fifty-four. This trailblazing athlete will always be known for defying the the odds, fighting racism, and inspiring others to stand up for what’s right.” 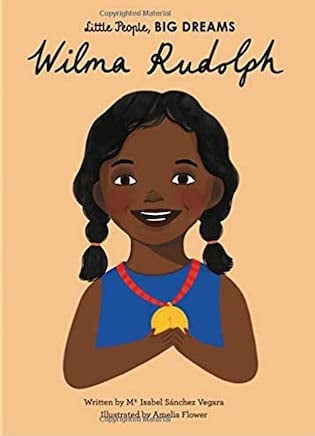 In this book from the critically acclaimed, multimillion-copy best-selling Little People, BIG DREAMS series, discover the life of the remarkable sprinter and Olympic champion. Illustrated by Amelia Flower.

From the publisher: At school, Wilma showed a talent for basketball and sprinting, earning the nickname “Skeeter” (mosquito) as she ran so fast. Wilma was in college when she went to the 1960 Olympics. She not only won gold in sprint events, but also broke world records with her sprinting skill. She is a huge inspiration to many women in sports around the world. This moving book features stylish and quirky illustration and extra facts at the back, including a biographical timeline with historical photos and a detailed profile of the athlete’s life.

Women in Sports by Rachel Ignotofsky (2017) 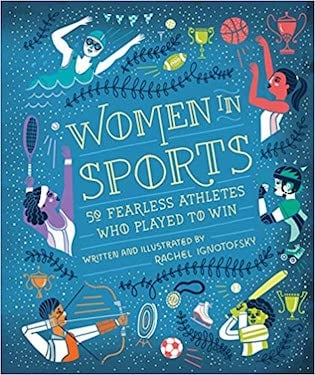 Women in Sports: 50 Fearless Athletes Who Played to Win, illustrated by the author, features profiles of fifty pioneering female athletes.

From the publisher: A richly illustrated and inspiring book, Women in Sports highlights the achievements and stories of fifty notable women athletes from the 1800s to today, including trailblazers, Olympians, and record-breakers in more than forty sports. The athletes featured include well-known figures like tennis player Billie Jean King and gymnast Simone Biles, as well as lesser-known champions like Toni Stone, the first woman to play baseball in a professional men’s league, and of course, Wilma Rudolph. 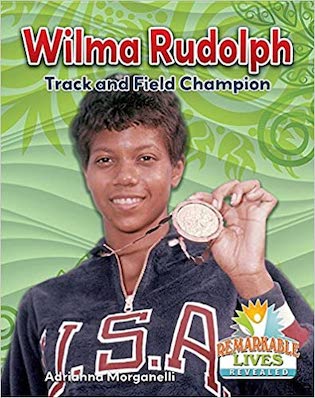 From the publisher of the Remarkable Lives Revealed series: When doctors told her parents that she may never walk again, no one could have imagined that Wilma Rudolph would grow up to become the world’s fastest woman. This book shows how young Wilma used her inner strength to overcome physical disabilities caused by polio to win three gold medals for the USA in track and field at the 1960 Olympics.

Wilma Rudolph by Victoria Sherrow
(On My Own Biographies, 2000) 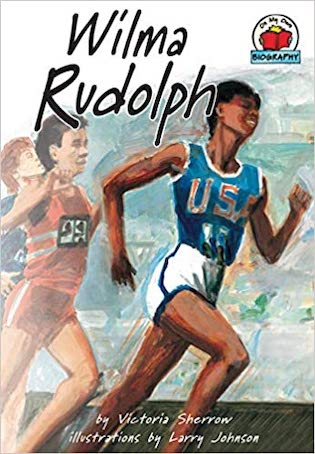 From the publisher: In 1946, six-year-old Wilma Rudolph dreamed of walking and playing like other children, but a sickness called polio had damaged her left leg. Wilma spent hours each week doing painful exercises at a hospital for African American patients. The rest of the time, she was forced to wear a heavy and cumbersome leg-brace.

Still, Wilma never gave up. She knew she could walk again, and if she could walk, maybe she could run. Author Victoria Sherrow tells how Wilma Rudolph’s determination led her to the 1956 and 1960 Olympics where she gained fame as a champion runner. Larry Johnson’s rich illustrations help to capture this true story of heroic strength and fearlessness. 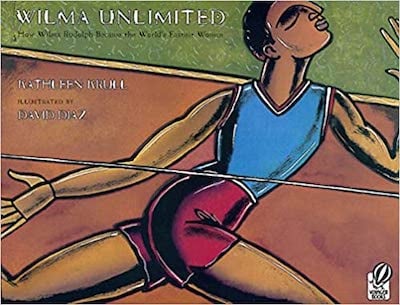 The list above is just a small selection of all the books written about Wilma Rudolph. See more on Bookshop.org!