The Magnificent Spinster by May Sarton (1985) 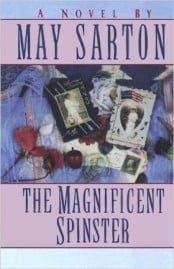 From the 1985 W.W. Norton edition: In May Sarton‘s novel, The Magnificent Spinster, she explores the realities and reverberations of a fifty-year friendship between two remarkable women that ended with the death of Jane Reid.

It is relived because Cam, in her seventies, felt compelled to celebrate “the magnificent spinster” in a novel. The story becomes a complex “double fiction” through which we experience both Cam’s struggles and triumphs and the dominant story of Jane Reid. Jane was born a Boston Brahmin, grand-daughter of a legendary man of letters. Tall, beautiful, wealthy, she was pursued by men but was the intimate of women.

A “spinster” was a woman who was unmarried, at an age older than acceptable. Sarton takes this concept and portrays Jane as a woman who is adventurous and chooses a single life, despite taboo surrounding the lifestyle. Sarton describes Jane as a ‘free spirit. . .not the marrying kind.”

Jane is characterized in a way that is non-patronizing or pitted, rather envied for her independence. She declares that “Jane’s attitude toward women was chivalrous (there she was always romantic), toward men humorously maternal, never taking them quite seriously, perhaps, and toward children, childlike.”

Jane represented women being happy regardless of the presence of a man in their life. Since Jane isn’t compromised through a relationship, she is able to explore life and build herself into the person she wants to be – a truly inspirational account. 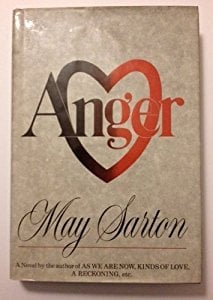 Just out of Vassar

Just out of Vassar, she went to France to work in an orphanage for World War I victims, and forty years later to Germany with the Unitarian Service Committee. In intervening years, she was a much-beloved teacher. But the heart of Jane’s world remained the island in Maine where the family spent summers in a wide-porched, Henry Jamesian ark.

We meet her there as a child and again as an old woman, drawing people to her and drawing the best from them, in a wonderfully fulfilled old age. By then, it is clear that Jane Reid represents a “flowering of New England,” not literary so much as deeply human and caring.

The reader follows the entirety of Jane’s life through the eyes of her best friend, Cam who saves Jane’s legacy through a novel. This story is based off of Sarton’s life and her relationship with Anne Longfellow Thorpe, portrayed as an independent woman who impacted many people’s lives, lived without a man and had a passion for teaching.

Sarton received some backlash for the featuring of perceived Lesbians in her novels to which she replied that she felt as if people were implying a “guilt-by-association” — “The vision of life in my work is not limited to one segment of humanity … and has little to do with sexual proclivity.” She said ”I have wished to be thought of in human terms.”

More about The Magnificent Spinster