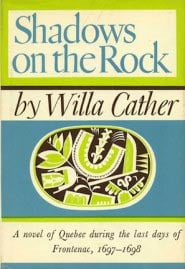 From the 1946 edition, Alfred A. Knopf: In this novel by Willa Cather, Cécile Auclair is a child in the Quebec of the waning seventeenth century, when both Louis de Buade, Comte de Frontenac, Governor of French Canada, and François-Xavier de Laval-Montmorency, the first Roman Catholic Bishop of Quebec, are very old men living their last days.

The city on the rock above the St. Lawrence, though containing only about two thousand souls, retains many Old World characteristics and amenities. Through Cécile Auclair and her father Euclide, the apothecary protected by Frontenac, Miss Cather recreated the atmosphere, life, and historical events of those days when new men, less influenced by European ideas, had begun to reshape the city’s life and thought.

As The Times (London) said when this remarkable novel appeared in 1931:

“Shadows on the Rock is an imaginative effort to see Quebec as it may have been two hundred years ago, made by an artist who has steeped herself in tradition and history and who has closely observed the untouchable loveliness of sky and river and forest round the year … a lively book full of beauty.” 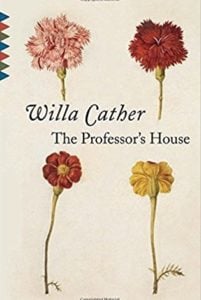 More about Shadows on the Rock by Willa Cather