Birds of America by Mary McCarthy (1971) 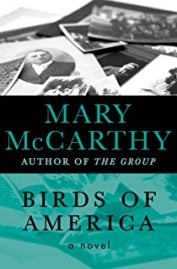 From the 1971 Harper Brace Jovanovic edition of Birds of America by Mary McCarthy: Birds of America is the story of Peter Levi, an innocent abroad, who is Ms. McCarthy’s Candide. In the fall of 1964, he arrives in France  to do his junior year at the Sorbonne after spending a bizarre holiday in New England with his enchanting mother.

In Paris he is shocked by the decapitated statues around the city, survivors of the Jacobins’ assault on the symbols of the old regime. Yet Peter is an egalitarian and in principle therefore a leveler.

Pure also has a stubborn attachment to his other mother, Nature, and to the old America, which once thought itself the New World. He tries to live his daily student life according to Kant’s dicta, hoping that his will may have the force of a natural law. 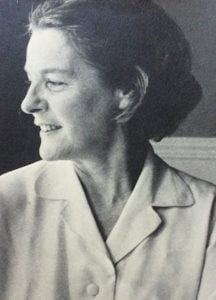 The result is comedy, mild disaster, frustrated clashes with the police and other forces of order. Continually thwarted, he is persistent, like a weed.

Birds of America is a witty and tender Bildungsroman. The reader will like Peter and the other migratory birds he meets along his fly way, some of them his friends. They are seen by Mary McCarthy with a warm, but hardly moist, eye.

More about Birds of America

*This post contains affiliate links. If the product is purchased by linking through this review, Literary Ladies Guide receives a modest commission, which helps maintain our site and helps it to continue growing!