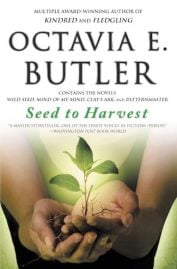 It’s possible that Octavia E. Butler’s speculative, dystopian, and science fiction novels and short stories have been over-described as “prescient.” But there’s hardly a better word for many of her major works, and in tandem with her keen observance of human nature, they’ve transcended genre to become classic literature.

In her New York Times obituary, Butler was described as “an internationally acclaimed science fiction writer whose evocative, often troubling novels explore far-reaching issues of race, sex, power, and ultimately, what it meant to be human.” 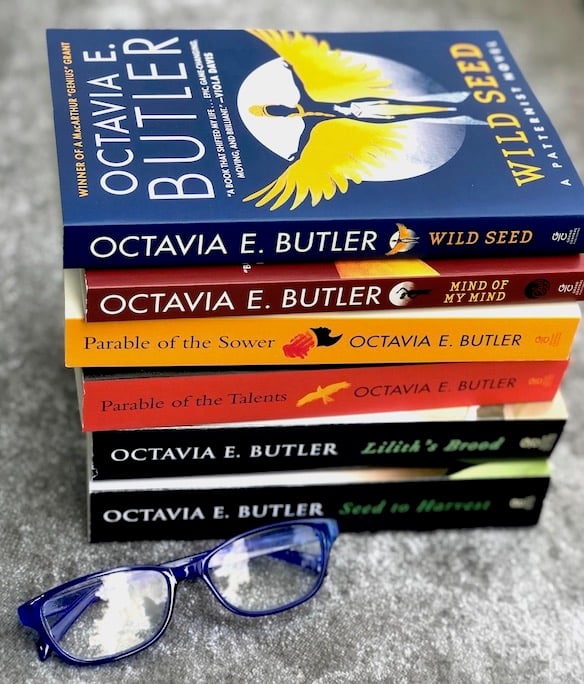 Growing up in Pasadena. California in the 1950s, Butler was drawn to science fiction magazines like Amazing Stories, which sparked flights of imagination. Wondrous possibilities of worlds unknown were opened to a young Black girl who loved to read and write, and who described herself painfully shy and awkward.

With unyielding determination, Butler eventually broke into the white male-dominated genre of science fiction, where she became a trailblazer not only as a woman, but as an African-American. 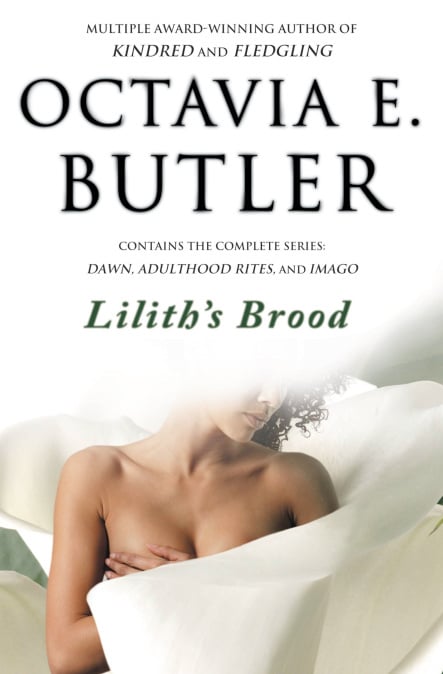 Grand Central Publishing (a division of Hachette Book Group) has been keeping this important American author in the public eye by regularly reissuing her work in attractive contemporary editions.  The publisher offers this concise biography of Butler, who died at age 59 in 2006.

Octavia E. Butler was a renowned writer who received a MacArthur “Genius” Grant and PEN West Lifetime Achievement Award for her body of work.

She was the author of several award-winning novels including Parable of the Sower, which was a New York Times Notable Book of the Year, and was acclaimed for her lean prose, strong protagonists, and social observations in stories that range from the distant past to the far future.

Sales of her books have increased enormously since her death as the issues she addressed in her Afrofuturistic, feminist novels and short fiction have only become more relevant.

Here are some of the editions most recently reissued by Grand Central Publishing. This list will be updated as more are released.

Parable of the Sower 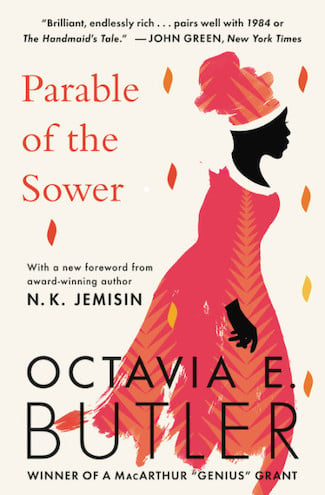 From the publisher: From the “grand dame” of science fiction, a dystopian classic of terror and hope about a teenage girl trying to survive in an all-too-real future. When unattended environmental and economic crises lead to social chaos, not even gated communities are safe.

In a night of fire and death, Lauren Olamina, an empath and the daughter of a minister, loses her family and home and ventures out into the unprotected American landscape. But what begins as a flight for survival soon leads to something much more: a startling vision of human destiny and the birth of a new faith, as Lauren becomes a prophet carrying the hope of a new world and a revolutionary idea christened “Earthseed.”

First book in the Parable series, also known as Earthseed. Originally published in 1993, Parable of the Sower was reissued April 30, 2019.

Parable of the Talents 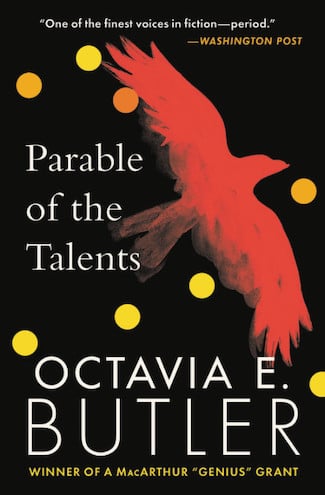 From the publisher: The follow-up to Parable of the Sower, this shockingly prescient novel’s timely message of hope and resistance in the face of fanaticism is more relevant than ever.

In 2032, Lauren Olamina has survived the destruction of her home and family and realized her vision of a peaceful community in northern California based on her newly founded faith, Earthseed.

The fledgling community provides refuge for outcasts facing persecution after the election of an ultra-conservative president who vows to “make America great again.” In an increasingly divided and dangerous nation, Lauren’s subversive colony, a minority religious faction led by a young black woman becomes a target for President Jarret’s reign of terror and oppression.

Years later, Asha Vere reads the journals of Lauren Olamina, a mother she never knew. As she searches for answers about her own past, she also struggles to reconcile with the legacy of a mother caught between her duty to her chosen family and her calling to lead humankind into a better future.

Second book in the Parable series, also known as Earthseed. Originally published in 1998, Parable of the Talents was reissued August 20, 2019. Butler intended Earthseed to be a trilogy, but it was never completed.

Mind of My Mind 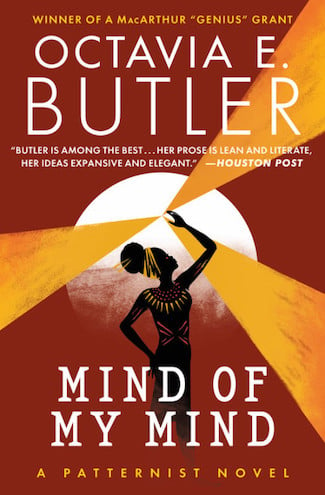 From the publisher: A young woman harnesses the power of a viral mutation and challenges the ruthless man who controls her, in this brilliantly provocative novel from the award-winning author of Parable of the Sower.

Mary is a treacherous experiment. Her creator, an immortal named Doro, has molded the human race for generations, seeking out those with unusual talents like telepathy and breeding them into a new sub-race of humans who obey his every command. The result is Mary: a young black woman living on the rough outskirts of Los Angeles in the 1970s, who has no idea how much power she will soon wield.

Doro knows he must handle Mary carefully or risk her ending like his previous experiments: dead, either by her own hand or Doro’s. What he doesn’t suspect is that Mary’s maturing telepathic abilities may soon rival his own power. By linking telepaths with a viral pattern, she will create the potential to break free of his control once and for all-and shift the course of humanity.

Second book in the Patternist series. Originally published in 1977, Mind of My Mind was reissued August 4, 2020. 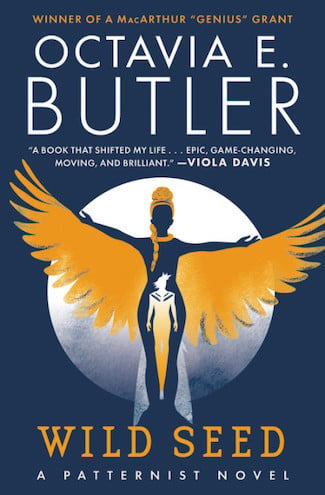 From the publisher: Doro knows no higher authority than himself. An ancient spirit with boundless powers, he possesses humans, killing without remorse as he jumps from body to body to sustain his own life. With a lonely eternity ahead of him, Doro breeds supernaturally gifted humans into empires that obey his every desire. He fears no one — until he meets Anyanwu.

Anyanwu is an entity like Doro and yet different. She can heal with a bite and transform her own body, mending injuries and reversing aging. She uses her powers to cure her neighbors and birth entire tribes, surrounding herself with kindred who both fear and respect her. No one poses a true threat to Anyanwu — until she meets Doro.

The moment Doro meets Anyanwu, he covets her; and from the villages of 17th-century Nigeria to 19th-century United States, their courtship becomes a power struggle that echoes through generations, irrevocably changing what it means to be human. 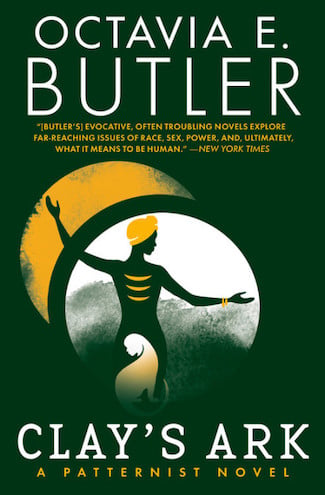 From the publisher: A gripping tale of survival as an alien pandemic irrevocably changes humanity. In a violent near-future, Asa Elias Doyle and her companions encounter an alien life form so heinous and destructive, they exile themselves in the desert so as not to contaminate other humans.

Resisting the compulsion to infect others is mental agony, but succumbing would mean relinquishing their humanity and free will. Desperate, they kidnap a doctor and his two daughters as they cross the wasteland — and, in doing so, endanger the world. The second novel in the Seed to Harvest series 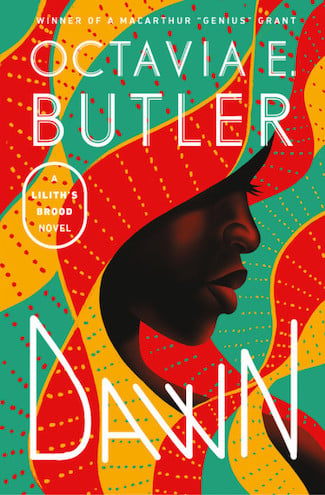