Quotes from A Raisin in the Sun by Lorraine Hansberry 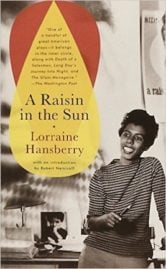 Lorraine Hansberry (1930 – 1965) was an American playwright and author. Presented here is a sampling of quotes from A Raisin in the Sun, Hansberry’s most famous work.

Her best-known work, A Raisin in the Sun (1959), was the first play by an African-American woman to be staged on Broadway. And at the young age of 29, Hansberry became the youngest American and the first African-American playwright to win the New York Drama Critics’ Circle Award for Best Play.

The play details the life of the Youngers, an African-American family living on the South Side of Chicago in the 1950s. It follows their struggles, their commitment to family, and their desire to overcome poverty while remaining a family unit.

Hansberry commented on her play, which she began writing at the age of twenty six, “It is a play that tells the truth about people, Negroes [in the parlance of the time], and life. The thing I tried to show was the many gradations in even one Negro family, the clash of the old and the new, but most of all the unbelievable courage of the Negro people.”

“A moving testament to the strength and endurance of the human spirit, A Raisin in the Sun is a quiet celebration of the black family, the importance of African roots, the equality of women, the vulnerability of marriage, the true value of money, the survival of the individual, and the nature of man’s dreams.

A well-made play, Raisin at first seems a plea for racial tolerance or a fable of man’s overcoming an insensitive society, but the simple eloquence of the characters elevate the play into a universal representation of all people’s hopes, fears, and dreams.”

“Once upon a time freedom used to be life—now it’s money.”

“I wonder if the quiet was not better than … death and hatred. But … I will not wonder long.”

“Man say to his woman: I got me a dream. His woman say: Eat your eggs.”

“Then isn’t there something wrong in a house — in a world — where all dreams, good or bad, must depend on the death of a man?” 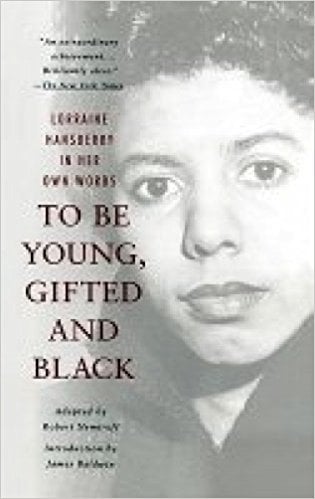 See also: To Be Young, Gifted and Black by Lorraine Hansberry

“See there, that just goes to show you what women understand about the world. Baby, don’t nothing happen for you in this world ‘less you pay somebody off!”

“I guess that’s how come that man finally worked hisself to death like he done. Like he was fighting his own war with this here world that took his baby from him.”

“Sometimes it’s like I can see the future stretched out in front of me – just plain as day. The future, Mama. Hanging over there at the edge of my days. Just waiting for me — a big, looming blank space – full of nothing. Just waiting for me. But it don’t have to be.” 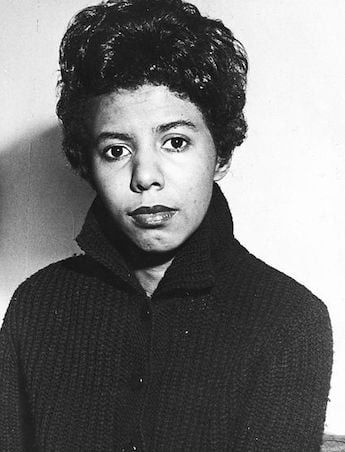 “And where does it end? … An end to misery! To stupidity! Don’t you see there isn’t any real progress, Asagai, there is only one large circle that we march in, around and around, each of us with our own little picture in front of us — our own little mirage that we think is the future.”

“Asagai, while I was sleeping in that bed in there, people went out and took the future right out of my hands! And nobody asked me, nobody consulted me – they just went out and changed my life!”

“You making something inside me cry, son. Some awful pain inside me.”

“Well — we are dead now. All the talk about dreams and sunlight that goes on in this house. It’s all dead now.”

“Child, when do you think is the time to love somebody the most? When they done good and made things easy for everybody? Well then, you ain’t through learning – because that ain’t the time at all. It’s when he’s at his lowest and can’t believe in hisself ‘cause the world done whipped him so! When you starts measuring somebody, measure him right, child, measure him right. Make sure you done taken into account what hills and valleys he come through before he got to wherever he is.”

“I guess I always think things have more emphasis if they are big, somehow.”

“What’s the matter with you all! I didn’t make this world! It was give to me this way! Hell, yes, I want me some yachts someday! Yes, I want to hang some real pearls ‘round my wife’s neck. Ain’t she supposed to wear no pearls? Somebody tell me – tell me, who decides which women is suppose to wear pearls in this world. I tell you I am a man – and I think my wife should wear some pearls in this world!”

“It’s dangerous, son …When a man goes outside his home to look for peace.”

“That is just what is wrong with the colored woman in this world … Don’t understand about building their men up and making ‘em feel like they somebody. Like they can do something. “

“Who the hell told you you had to be a doctor? If you so crazy ‘bout messing ‘round with sick people – then go be a nurse like other women – or just get married and be quiet…”

“It’s just that every American girl I have known has said that to me. White — black — in this you are all the same. And the same speech, too! … It’s how you can be sure that the world’s most liberated women are not liberated at all. You all talk about it too much!”

“When the world gets ugly enough — a woman will do anything for her family.”

“It ain’t much, but it’s all I got in the world and I’m putting it in your hands. I’m telling you to be the head of this family from now on like you supposed to be.”