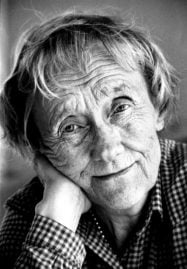 Astrid Lindgren (1907– 2002) was a beloved Swedish public figure, author, and screenplay writer. Best known for her children’s book series, Pippi Longstocking, Lindgren was the recipient of many honors and awards for her support and role in fighting for children’s and animal rights.

She is the eighteenth most translated author, and even has a minor planet named after her that was discovered in 1978. Here is a sampling of quotes by Astrid Lindgren, the inspiring creator of Pippi and other unforgettable characters.

“Don’t let them get you down. Be cheeky. And wild. And wonderful.”

“And so I write the way I myself would like the book to be — if I were a child. I write for the child within me.” (Expressen)

“If I have managed to brighten up even one gloomy childhood — then I’m satisfied.”

“A childhood without books — that would be no childhood. That would be like being shut out from the enchanted place where you can go and find the rarest kind of joy.” 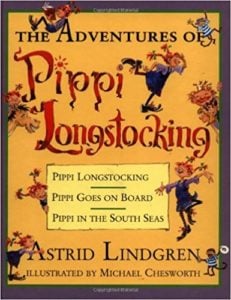 “What the world of tomorrow will be like is greatly dependent on the power of imagination in those who are learning to read today.”

“I don’t mind dying, I’ll gladly do that, but not right now, I need to clean the house first.” 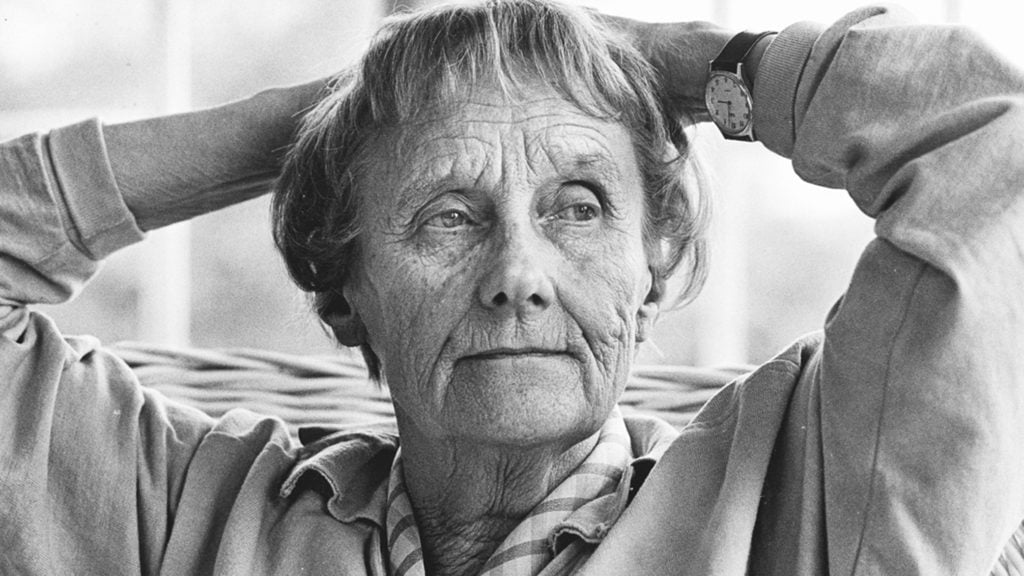 “You can put things in a book that only children are amused by. You can certainly also have in it things that both children and adults enjoy, but you must never put things in a children’s book that amuse only adults. That would be rude to the child—who is going to read the book.”

“I don’t think anything impresses me, least of all myself.”

I don’t think one should keep such things from children — things that they now and then have to face in real life anyway. Besides, kids love being moved to tears by what they read. They soon get over it.”

“Mankind is preoccupied with two great things: death and love; these catch the interest of all ages. You shouldn’t scare children to the point of anxiety, but just like adults they need to be moved by art.”

“I want to write for readers who can work miracles. Children work miracles when they read … It is the child and only the child who has the imagination to build a fairy castle if you provide him/her with a few small bricks.” (from her acceptance speech for the Hans Christian Anderson Medal, 1958)

“Everything great that ever happened in this world happened first in somebody’s imagination.” (from her acceptance speech for the Hans Christian Anderson Medal, 1958) 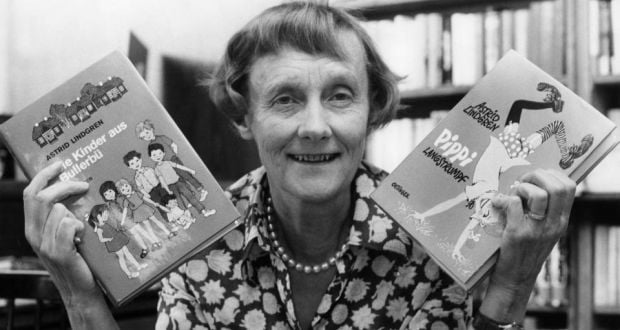 Quotes from the Pippi Longstocking books

“I have never tried that before, so I think I should definitely be able to do that.”

“All the children sat looking at Pippi, who lay flat on the floor, drawing to her heart’s content. ‘But, Pippi,’ said the teacher impatiently, ‘why in the world aren’t you drawing on your paper?’
‘I filled that long ago. There isn’t room enough for my whole horse on that little snip of paper.’”

“‘I don’t think you have a very nice way with ladies,’ said Pippi. And she lifted him in her strong arms — high in the air — and carried him to a birch tree and hung him over a branch. Then she took the next boy and hung him over another branch.”

“I have noticed several times that people don’t think I know how to behave even when I’m trying as hard as I can.”

“‘Aren’t you going to dry the floor?’ asked Annika.
‘Oh, no, it can dry in the sun,’ answered Pippi. ‘I don’t think it will catch cold so long as it keeps moving.'”

“You understand Teacher, don’t you, that when you have a mother who’s an angel and a father who is a cannibal king, and when you have sailed on the ocean all your whole life, then you don’t know just how to behave in school with all the apples and ibexes.”

As the children were sitting there eating pears, a girl came walking along the road from town. When she saw the children she stopped and asked, “Have you seen my papa go by?”
“M-m-m,” said Pippi. “How did he look? Did he have blue eyes?”
“Yes,” said the girl.
“Medium large, not too tall and not too short?”
“Yes,” said the girl.
“Black hat and black shoes?”
“Yes, exactly,” said the girl eagerly.
“No, that one we haven’t seen,” said Pippi decidedly.”
The girl hurried away, but then Pippi shouted, “Did he have big ears that reached way down to his shoulders?”
“No,” said the girl and turned and came running back in amazement. “You don’t mean to say that you have seen a man walk by with such big ears?”
“I have never seen anyone who walks with his ears,” said Pippi. “All the people I know walk with their feet.” 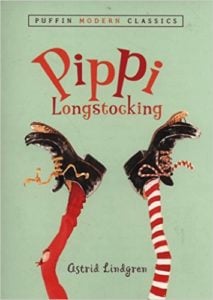 The children came to a perfume shop. In the show window was a large jar of freckle salve, and beside the jar was a sign, which read: DO YOU SUFFER FROM FRECKLES?
“What does the sign say?” asked Pippi. She couldn’t read very well because she didn’t want to go to school as other children did.
“It says, “Do you suffer from freckles?” said Annika.
“Does it indeed?” said Pippi thoughtfully. “Well, a civil question deserves a civil answer. Let’s go in.”
She opened the door and entered the shop, closely followed by Tommy and Annika. An elderly lady stood back of the counter. Pippi went right up to her. “No!” she said decidedly.
“What is it you want?” asked the lady.
“No,” said Pippi once more.
“I don’t understand what you mean,” said the lady.
“No, I don’t suffer from freckles,” said Pippi.
Then the lady understood, but she took one look at Pippi and burst out, “But, my dear child, your whole face is covered with freckles!”
“I know it,” said Pippi, “but I don’t suffer from them. I love them. Good morning.”
She turned to leave, but when she got to the door she looked back and cried, “But if you should happen to get in any salve that gives people more freckles, then you can send me seven or eight jars.”