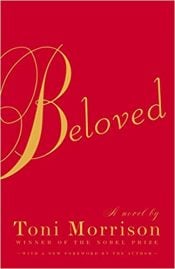 Toni Morrison (1931 – 2019), the American novelist, editor, and essayist is remembered for her powerful novels exploring the African American experience. Here we’ve gathered a selection of powerful quotes from Beloved, her Pulitzer Prize-winning 1987 novel.

Morrison based Beloved on a true incident. In 1856, a female escaped slave crossed the Ohio river from Kentucky into Ohio to seek freedom. Instead, she was captured, and killed her child so she wouldn’t have to be returned to slavery. Similarly, Sethe, the protagonist of the novel, kills her baby, who she calls Beloved, and is ever after haunted by her ghost.

Beloved earned Morrison a Pulitzer Prize, and later won the Nobel Prize for Literature in 1993 to honor her body of published works. These included The Bluest Eye (1970), Sula (1974), Song of Solomon (1977) and Tar Baby (1981). Morrison went on to publish many other works of fiction and nonfiction. From the publisher:

“Sethe was born a slave and escaped to Ohio, but eighteen years later she is still not free. She has too many memories of Sweet Home, the beautiful farm where so many hideous things happened. And Sethe’s new home is haunted by the ghost of her baby, who died nameless and whose tombstone is engraved with a single word: Beloved. Filled with bitter poetry and suspense as taut as a rope, Beloved is a towering achievement.” 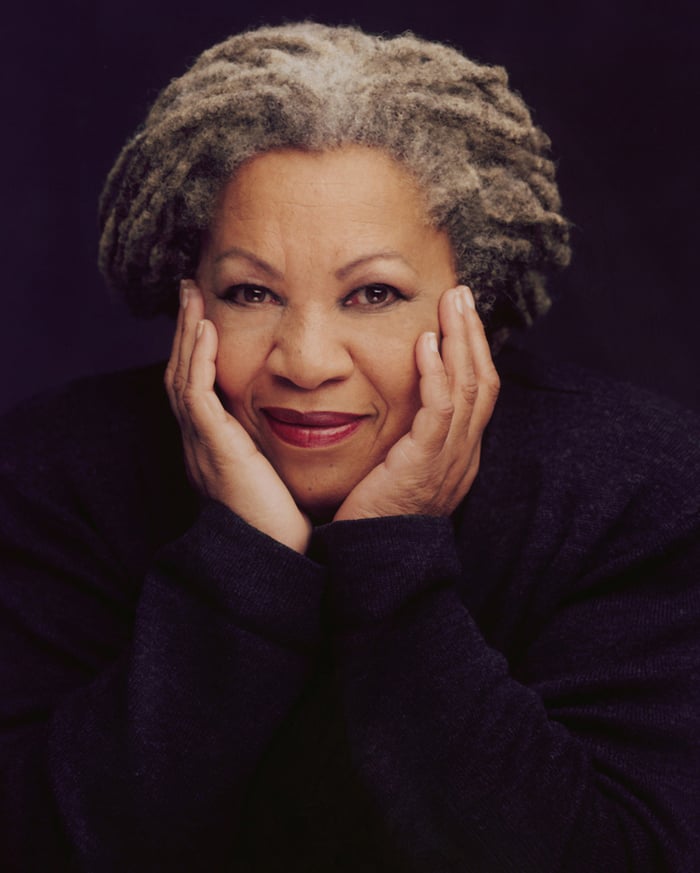 “Freeing yourself was one thing, claiming ownership of that freed self was another.”

“Sweet, crazy conversations full of half sentences, daydreams and misunderstandings more thrilling than understanding could ever be.”

“Definitions belong to the definers, not the defined.”

“There is a loneliness that can be rocked. Arms crossed, knees drawn up, holding, holding on, this motion, unlike a ship’s, smooths and contains the rocker. It’s an inside kind–wrapped tight like skin. Then there is the loneliness that roams. No rocking can hold it down. It is alive. On its own. A dry and spreading thing that makes the sound of one’s own feet going seem to come from a far-off place.”

“Me and you, we got more yesterday than anybody. We need some kind of tomorrow.”

“Something that is loved is never lost.”

“Let me tell you something. A man ain’t a goddamn ax. Chopping, hacking, busting every goddamn minute of the day. Things get to him. Things he can’t chop down because they’re inside.”

“No matter what all your teeth and wet fingers anticipated, there was no accounting for the way that simple joy could shake you.”

“In Ohio seasons are theatrical. Each one enters like a prima donna, convinced its performance is the reason the world has people in it.”

“Sifting daylight dissolves the memory, turns it into dust motes floating in light.”

“Lay my head on the railroad line. Train come along; pacify my mind. ”

“Unless carefree, mother love was a killer.”

“Sad as it was that she did not know where her children were buried or what they looked like if alive, fact was she knew more about them than she knew about herself, having never had the map to discover what she was like.”

“The best thing she was, was her children.”

“No more running-from nothing. I will never run from another thing on this Earth. I took one journey and I paid for the ticket, but let me tell you something, Paul D. Garner: it cost too much!”

“People who die bad don’t stay in the ground.”

“It’s not about choosing somebody over her. It’s about making space for somebody along with her.”

“Outside, snow solidified itself into graceful forms. The peace of winter stars seemed permanent.”

“Beloved, she my daughter. She mine. See. She come back to me of her own free will and I don’t have to explain a thing.”

“Nothing could be counted on in a world where even when you were a solution you were a problem.”

“Feel how it feels to have a bed to sleep in and somebody there not worrying you to death about what you got to do each day to deserve it. Feel how that feels. And if that don’t get it, feel how it feels to be a colored woman roaming the roads with anything God made liable to jump on you. Feel that.”

“In trying to make the slave experience intimate, I hoped the sense of things being both under control and out of control would be persuasive throughout; that the order and quietude of every day life would be violently disrupted by the chaos of the needy dead; that the herculean effort to forget would be threatened by memory desperate to stay alive. To render enslavement as a personal experience, language must first get out of the way.”

“It was lovely. Not to be stared at, not seen, but being pulled into view by the interested, uncritical eyes of the other.”

“More it hurt more better it is. Can’t nothing heal without pain, you know.”

“It was the right thing to do, but she had no right to do it.”

“Daily life took as much as she had. The future was sunset; the past something to leave behind. And if it didn’t stay behind, well, you might have to stomp it out.”